So last month a sound developed while slowing down and it sounded like someone banging the inside of a steel drum with a hammer. the knocking sound is very rapid and only lasts 5 seconds before going away. i had the truck towed and the shop has replaced all ball joins and control arms. also checked all remaining components. i believed the issue was fixed till i drove the truck home from the shop and it did it again. i took it back and me and the tech drove the truck until the sound was made and he was stumped and could not find an issue. short story i was told the truck is safe to drive and should just keep an eye out for the issue to get worse if it does. Has anyone run into such an issue and if so, any idea what the problem could be?

I had a pipe clamp on the exhaust system that had come loose, and had similar issues. It would occasionally ride up and down the exhaust. My regular shop fixed it for free!

what year truck?
were you going over bumps when this happened?
going straight or turning?

It’s very discouraging when two shops one being a Ford specialist shop has no idea so will see. If it wasn’t so loud when it does it I wouldn’t worry but I can literally feel vibration in the floor board when it does do it and it scares the hell out of me as well.

Going straight while slowing down and some times while stopping, 2002 f150 4x4

Check if the sway bar bushings are worn. 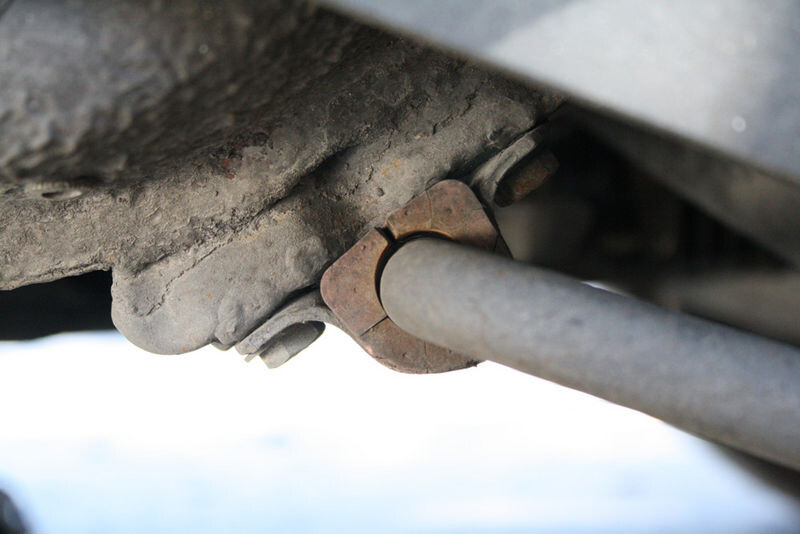 Ok I will definitely do that

I will also try and get an audio recording of the sound. Like I said it’s really random and usually won’t do it when I want it to

I can literally feel vibration in the floor board

check to see that the exhaust is not hitting under the floorboards.

I will check that, thank you

I always think of soda bottles rolling around as well as a loose car jack, broken coil spring or shock and stuff that Captain Obvious would find within seconds. Exhaust shields can make clanking sounds and you can’t always see a broken weld. Even a bad u-joint can make funny noises. I can’t tell you to whack everything with a rubber mallet in hopes of causing a similar sound but I would be tempted to do it. I saw a loose transmission once.

I suspect the noise is from a 4WD front hub malfunction/false engagement.

Do you have an ABS light on? It is common on your truck for the abs control module to start acting up and be on. sometimes, not always like in your truck you can hear and feel the ABS kick in just before coming to a dead stop. I have a 2003 f-150 with 225k and it just started happing to me. it happens once in a while, and it is just before a dead stop. the sound only lasts a second or two. sometimes it won’t happen for another week or two.

Could it be a brake issue, like a loose caliper? Maybe worn brake pads, or rotor?