… appear to be factors in Russia’s faltering invasion strategy: 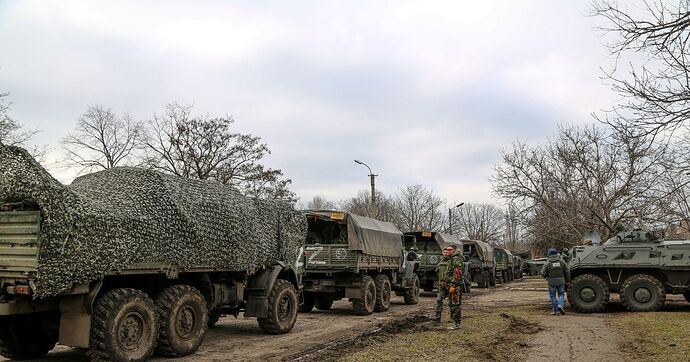 Wheels will struggle in the Ukraine's 'mud season'

Yes running and checking equipment was a main task at our monthly Reserve meetings. Not exactly sure why though since if activated the equipment would stay put and just the people would be moved.

Hear they are eating rations that expired in 2015, maybe the gas is old also!

Hear they are eating rations that expired in 2015

Additionally, it is alleged that they were only given enough rations for 3 days. 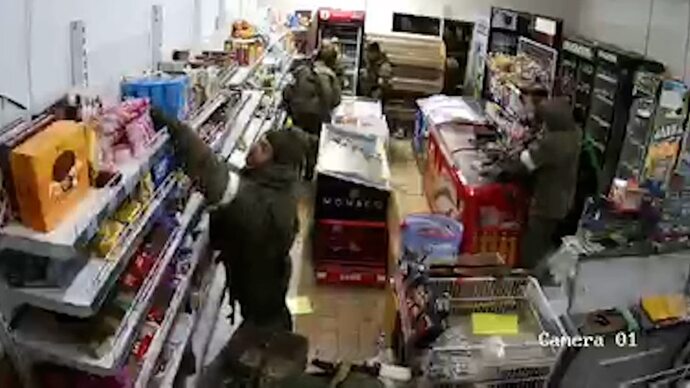 So, let’s see… inadequate vehicle maintenance, crappy tires that fail, insufficient fuel supplies, bad food for their troops, and not enough of that bad food. I don’t think that the Russians are capable of organizing a party, no less an invasion.

Addendum: When I forwarded that article to my brother, he informed me that, when he was in Vietnam, they were frequently given C-rations that dated back to the Korean War. So, I guess that the Russians are not alone when it comes to treating their troops badly. And, in spite of the bad food and other unnecessary problems, my brother managed to be awarded the Bronze Star, plus he was nominated for a Purple Heart–which he declined because he felt that his combat-related wounds were too trivial for that medal, and that accepting it would dishonor the troops who were badly-injured.

plus, they did not tell them why they were going or what they would be doing.

Old WW II tactic of removing or changing road signs but they didn’t have GPS then so not sure how effective it is. The Russians though aren’t the only ones that fed their troops rotten food. We always had our own cooks who were outstanding and never catered meals. Things changed I guess since 1970.

I thought it was pretty funny seeing the Ukrainian farmers hooking their tractors up to the abandoned Russian armored vehicles and stealing them.
They also found ammunitions and weapons in abandoned Russian medical trucks.

I thought it was pretty funny seeing the Ukrainian farmers hooking their tractors up to the abandoned Russian armored vehicles and stealing them.

And, the Ukrainian government has informed their population that they will not incur any tax liabilities or legal penalties for “obtaining” their new Russian-made vehicles! I just hope that the new vehicle owners have the good sense to replace the tires a.s.a.p.

Coworker was 26yr old former marine,
Was in vehicle recovery.
Said his gear could pull tank up mountain side.
Had back/shoulder issues.
Retired with full 100% disability.
$3400/mo.

I’m not sure that there is an expiration on c-rations. When you are in a war, you eat what you can when you can. I hope the Ukrainians find a treasure trove of abandon Russian rations that they can use until other food is delivered.

I’m impressed at how Zelinskyy has proven himself to be a worthy leader. Real man, all the time. And a comedian, too. We had a comedian as president in the 1980s: Ronald Reagan. A comedian? Yeah, remember Bedtime for Bonzo? Still, his work before politics didn’t define his work after show biz. That appears to be the case for Zelinskyy too.

I would be a poor leader but I would rather have fair trade with Ukraine than to order it to be destroyed. Nobody wins by wrecking countries. Sometimes powerful people forget that they represent good people.

I heard that the ground in Ukraine is usually frozen this time of year, the Russians weren’t expecting to be limited to the roads - global warming to the rescue!

I keep hoping the Ukrainians will use man-pads on it.

I don’t think that the Russians are capable of organizing a party, no less an invasion

I speculate they hoped to be greeted as liberators, or at least the Ukrainians to surrender without a fight.

I would rather have fair trade with Ukraine than to order it to be destroyed. Nobody wins by wrecking countries.

It’s a nation with lots of nuclear weapons. Things have to be done a bit more carefully! They say they’ve now cut off oil exports to the USA.

I don’t know that the US imports oil from Russia, but the US has been the world’s largest exporter of oil the past several years.

I don’t know that the US imports oil from Russia

3% of our oil comes from Russia.

I don’t know that the US imports oil from Russia, but the US has been the world’s largest exporter of oil the past several years.

Russia exported a small amount of oil to the US. The US exports a lot, but also imports a lot. The net number only went to the export side in 2020. So the US is far from the largest net exporter of oil.
Oil imports and exports - U.S. Energy Information Administration (EIA)

A fleet manager I know got a “great deal” on Chinese van tires (Golden Coin?) and within a couple of months almost all the tires had sidewall bubbles, unsafe to drive and of course the dealer and distributor are suddenly unavailable.
Hopefully the Russians got the same “great deal” and couldn’t it happen to a better bunch of SOB’s.

Russia exported a small amount of oil to the US.

No offense but your charts and graphs only go up to 2020. There has been a huge change since then. Had we kept the pipeline, we would not be beholding to imports.