…who had to witness the suicide of people who threw themselves in the path of their trucks. 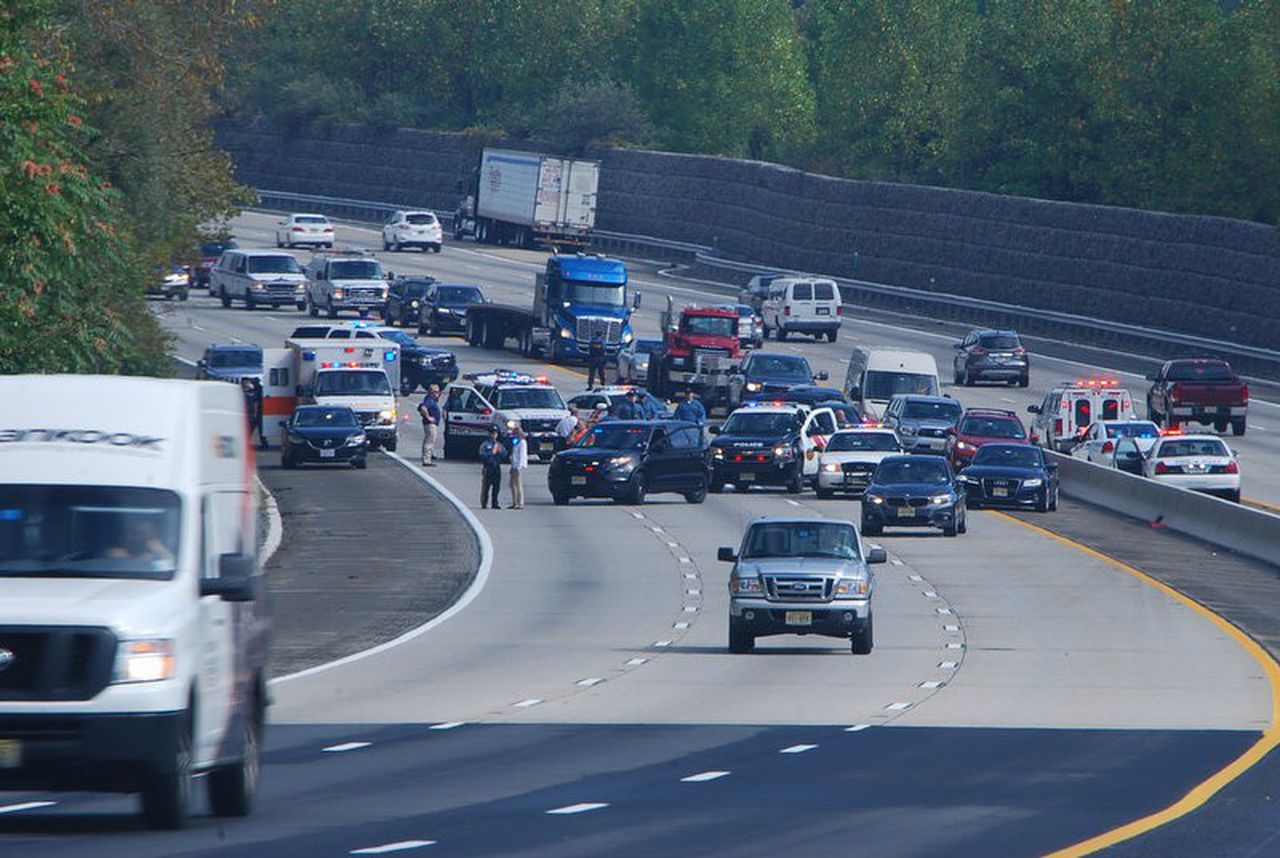 I can well understand this guy having recurring nightmares.

You never know how you are going to react until it happens to you. I don’t know how it would effect me.

Sad story on 2 sides, no winners.

Happens to train engineers too.

We had ONE in NH on I-93 about 10 years ago near exit 3. Guy walked right in front of a Cement Mixer. The driver was really shaken up. Couldn’t believe someone would just walk in front of him like that. I can think of less painful ways of killing myself.

Though not illustrated in these cases, It makes me wonder how many of these instances involve one of these situations. The shear act pulls others into the trama felt by these returning vets. If people were dying at this rate from a communicable desease, we would be clamoring for inoculations for which there is none. This is just one terrible aspect in using motor vehicles for an end we find so difficult to control as a society. Sad, very sad aspect of owning and driving any vehicle.

Killing one’s self by driving or walking into the path of a much larger vehicle is pretty much a way of giving the world at large the “bird” on the way out. Isn’t there a bridge abutment to drive into; something to jump off of; a handful of pills to swallow?

^
Exactly
While the family of a person who takes his own life will suffer no matter what method is used, doing something like jumping in front of a stranger’s vehicle just adds more people to the list of victims.

We’re assuming that people who jump in front of large vehicles are thinking logically. They aren’t. They just want to die as instantly as possible, without pain if possible. They aren’t thinking about the vehicle operator.

Veterans that commit suicide don’t jump in front of vehicles to do so. Veterans who commit suicide do so because they can no longer live with what they’ve seen, which is often their buddies or innocent people being killed in extremely violent ways. In many cases they also suffer from “survivor’s guilt”, where they believe deep inside themselves that hey should have died rather than their buddy. They can’t cope with still being alive after have seen their buddies die violently. Veterans who take their own lives do so privately. Veterans would never leave a vehicle driver feeling responsible for their death. One of my buddies back in the '70s put a shotgun in his mouth. Another put a pistol to his temple. A veteran would never leave someone else with the burden of living with his death.

@tsm I don’t think you can say NEVER. Did you know every vet who has ever committed suicide?

I had a student about 35 years ago who read a lot of current novels. I heard him talking about one in which someone committed suicide by lying down in the roadway just over the crest of a hill. I never dreamed he’d do it himself. I just thought he was talking, not planning. Six weeks later he did it. Dead at 17. Nice kid, but probably subjected to a lot of bullying that I never saw. After all, what high school kid reads current novels?

Of course not. But I intimately know how they’re thinking. Believe me, the vets that comprise the statistic that was quoted, vets who take their own lives as a result of PTSD, do not want to burden some civilian with the same guilt trips they suffer with. They don’t want someone else to do he deed for them. They just want their own suffering to end. Sadly, they also possess the courage to do the deed themselves. You may not understand this statement (I hope), and I know this will be highly controversial (I’m gonna get verbally hammered), but it takes enormous courage to take one’s own life. Much, much more than jumping in front of a moving vehicle.

I know there are multiple support agencies, can one walk into an er say I am feeling suicidal and get treatment?

Absolutely positively emphatically without question. I cannot emphasize the truth of your statement strongly enough.

I should also add that anyone in crisis can walk into any hospital or VA center and they’ll immediately be put in touch with the proper counselors.

It’s tragic not only when someone takes their own life but with no consideration for their family members who are left behind and have to deal with psychological scars for the rest of their life.
I absolutely loathe the use of that word “closure” used in referring to certain facets of someone’s death. There would never be any “closure” if a family member of mine was ever involved in a suicide or murder.

There has been 2 young men that have committed suicide within a block of where I live. One was a 21 year old guy (nice guy by anyone who knew him) who walked out one Saturday at noon, sat down against a tree at the end of the driveway, and stuck a 12 gauge in his mouth. As I was leaving my house I saw a couple of vehicles sitting in the street and wondered what was going on.
Never even heard the gun go off. One of the vehicles there was another neighbor from around the corner who is a state forensic criminologist so he’s used to that kind of thing. He said the young man’s head was pretty intact considering and just happened to see the body and gun while driving by.

Just a couple of years ago another young man, a friend of my youngest son, and whom I’ve known since he was in kindergarten didn’t show up for work Monday morning. He lived a block down the street and his parents went to check on him. Same thing; 12 gauge in the mouth and horribly messy.
It’s very sad because that young man was as polite and as laid back a person as could be found anywhere. He would always wave at me every time I saw him and it’s difficult to think of him exiting the world like that.

If someone is going to off themselves no matter what they should at least try and leave a decent corpse behind.

People in crisis are often not noticeable except by someone who’s been there, and often not even then. Those close to them often know something is wrong, but do not know what to do.

Hello - I do not intend to trivialize the subject of veteran suicide, but it’s outside the subject of the forum. Could you please redirect the discussion back on topic? Thanks for your understanding.

No problem.
The information is critical as well to the truckers that are the original subject of the forum.

And thanks to you for understanding.