Kudos to the D.A. of Westchester County, NY, for breaking-up this ring of crooked auto body shops. Reportedly, there will be additional arrests of some insurance company employees. 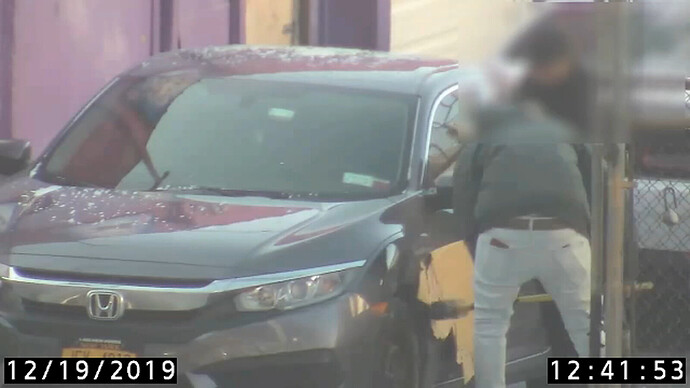 Group accused of damaging cars, sometimes with sledgehammers, in insurance...

Authorities say the defendants would intentionally enhance damage to cars -- sometimes with a sledgehammer -- to get more insurance money.

There are many videos of faked pedestrian injuries, makes me want a dashcam, though in the olden days in unsafe parts of the windy city, leaving a car length between you and the car in front of you at a light or stop sign was SOP, and the chances of getting sued if the mugger or car jacker getting injured while trying to escape a situation were slim to none.

IMO some jail time should be mandatory but I expect they will all skate with a suspended or deferred sentence.

Same thing goes with elected officials in OK. Fraud runs rampant everywhere and no one ever gets jailed. Ever. It recently happened to a neighboring small town whose clerk/treasurer handles my towns finances. Her, the board members, the fire chief, etc were all caught in a state auditors inspection and what happened? Nothing. The clerk/treasurer got a 1 year deferred sentence and she even embezzled in the high 5 figures from the town I live in. No one else was even charged much less prosecuted.

IMO some jail time should be mandatory but I expect they will all skate with a suspended or deferred sentence.

WE had one of these large scale insurance scams going on here in Southern NH and Northern MA about 20 years. The police really cracked down on it when one of the staged accidents killed an elderly person. 20+ people were arrested and set to prison…EXCEPT the NH lawyers who actually orchestrated the whole thing.

I expect they will all skate with a suspended or deferred sentence.

I can’t speak for NY State, but in NJ the AG’s office has one Assistant A.G. whose sole job is to pursue and prosecute insurance scammers. The brother of one of my former co-workers was NJ’s Insurance Special Prosecutor, and he consistently went for the jugular with the people whom he successfully prosecuted. I used to follow his exploits in the news, and I was astounded at the extreme lengths of the sentences that were imposed on NJ insurance scammers.