… who confuses the gas pedal and the brake pedal. 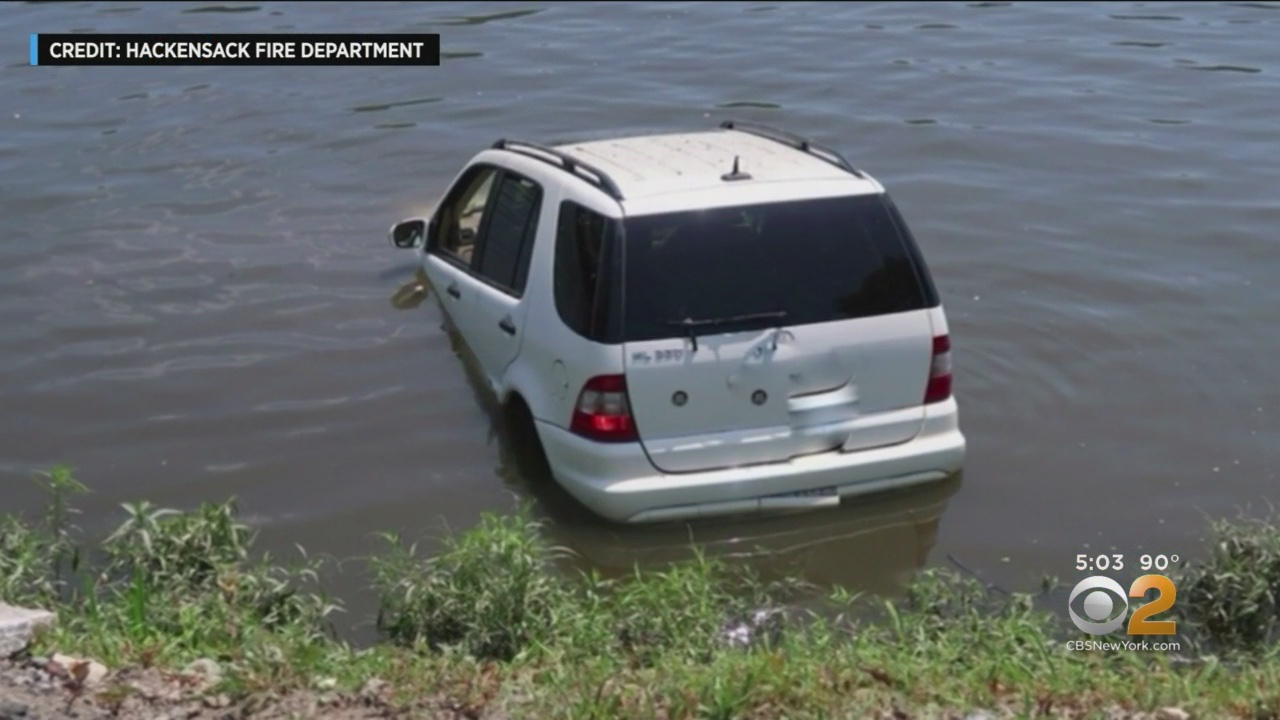 The vehicle exited the car wash and drove towards workers with towels in their hands ready to dry it when suddenly it took off and barrels down into the water.

The driver at the NJ car wash, for one.

Unfortunately, she is one of a growing number of incompetents who are behind the wheel.
Back in 2008, I was a passenger in my friend’s Accord when we were T-boned on the property of a Shell gas station by a crazy woman driver who mounted the curb on US Route 1, mowed down several road signs, and then careened onto the station’s property.

I overheard the cop interviewing her after the accident, and she stated, “The harder I pressed on the brake pedal, the faster it went”. The cop softly muttered…
Yeah, that’s what happens when you don’t know the gas pedal from the brake pedal.

Happens about once a month during tourist season here in southern Florida. Usually into a nail salon or beauty shop in small strip malls with parking directly in front of the shop. Rarely results in fatalities, sometimes injuries. Always major damage to the storefront.

Many strip malls installing concrete filled poles, planters or round concrete balls to capture the cars before they enter the shops.

When I lived in Fla I remember one lady did that a cafe, backed up put in drive did it again someone reached in shut the car off before she did it again.

It could have been the floor mat, especially if it was non-stock.

Note at the end of the story a local talking head asked about a gate to keep people on shore. I imagine the fool driver will sue someone for not protecting her from herself on that basis.

We had someone get drive and reverse mixed up on a late model subaru, ended up nose first into the sidewalk (the edge of the parking lot has a retaining wall with sidewalk below). Hedging between the lot and the wall but she still made it over. Ended up getting out of the car using a ladder.

A couple years ago a young lady went through the wall of the local Chinese restaurant. They tried to match the bricks as best they could but you can still see the section of wall taken out. Same thing happened downtown to a store. They don’t have parking meters anymore to block cars from driving over the sidewalk. Here’s a tip as I put my safety/security hat on, never sit by an outside wall in a restaurant that is adjacent to a parking lot. At least keep your seat belt off and be aware of your surroundings so you can scatter fast if you have to.

It happened to my dad. He’s at the local mall, going thru an intersection. A driver was chatting to her friend, realized she was rolling forward. She slammed on the gas, hitting the PU. It rolled, left a yard of bark-o-mulch in the middle of the intersection, bounced dad and my bro off the ceiling and the steel ashtray smashed my bro in the eye.

Nothing new, it has been happening forever as I recall.