Great news! It looks like NJ is going to allow direct sales of EVs. Kudos to NJ legislators.
http://t.autos.msn.com/news/tesla-model-x-coming-in-2015-1

This is great news.
Auto dealers lobbyists should not be able to line legislators’ pockets to keep out fair competition.

I agree that kudos should go to the state legislators.
Our esteemed governor will not be happy, but at this point I think that he has bigger problems than giving the car dealers’ lobby the expected payback for their donation to his campaign.

What else does he have to worry about?
Well, this analysis by the Conservative Op-Ed columnist in our largest newspaper explains it pretty well.
And, as a bonus, there is a nice (totally unrelated) photo to look at! 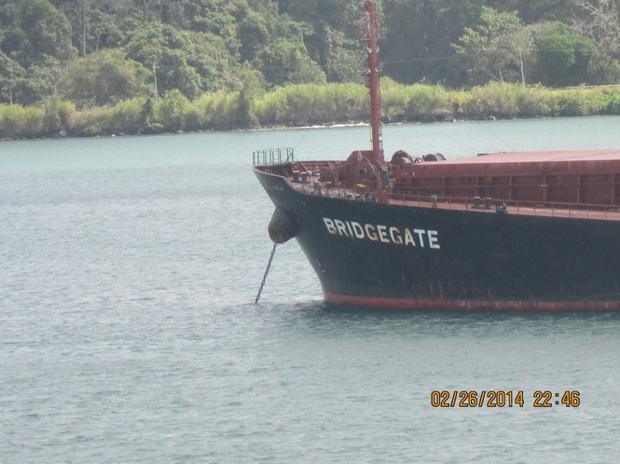 Are Chris Christie and his cronies cornered on Bridgegate? Mulshine

If Chris Christie had shown some sympathy for the poor shlubs stuck in traffic last September then he wouldn't be in this mess; but he didn't and now it looks like the feds are closing in on him

Being “allowed” to make a revolutionary car is a step in the right direction but it shows you how backward thinking both the automotive industry and we as a public accept that the best products have to be legislated into existence and do not come about by free market forces. Not only that, but with a beginning price of at least $40k, it will have little effect on sales of competing gas guzzling SUVs. You and I still don’t have anything but govt. supported programs to give us affordable electric cars. The oil and automotive industry marches on unaffected by these minuscule injections of revolutionary and necessary automobiles on such small and limited scales. Way less then 1% of the market are EVs and this might bring it up to just short of 1%. With all due respect, I don’t see anyone here in this highly representative community owing any (hardly any) EVs. Will this change anything ? Hardly !

The MSN link is stale this morning. I did find an article from 6/19 in Tech Times that says the NJ House of Representatives passed it and that the Senate will take it up soon. I also hope it passes and the Governor does not veto it.

I am sure it’s a restriction ( correct me if I am wrong) that normally prohibits a manufacturer from selling automobiles of any type directly to the customers and allowing Teslar to do it would be an exception. IMHO, it’s a good first step to consider EVs as appliances but still, there has to be local accountability for safety devices, warranties and service. I understand a reluctance of both Christy and some legislators " not" to open a Pandora’s box, but this essentially cuts the overhead in distributing EVs to the public making them more affordable. It’s got to be a little scary for auto companies too if and when EVs are put into a separate category that allows them a price advantage. But, IMHO, it’s a necessary first step if EVs are to be practical. I said a long time ago, that EVs “may” need to be sold by companies other then automotive but with huge financial resources like Microsoft or who knows whom even perhaps mail order from a factory. This maybe a land mark first step. Oil companies won’t like it though long term.

Instead of relying on an MSN link that may or may not work, here is a link to the original newspaper article from which MSN probably derived their information: 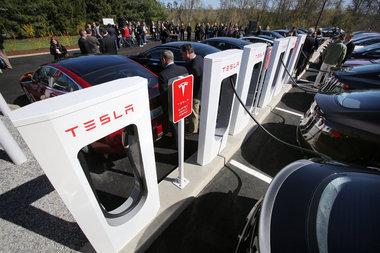 A month and a half after Telsa halted direct sales from its two storefronts in Short Hills and Paramus on orders of the commission, the state Assembly Consumer Affairs Committee approved a bill that would allow it to restart the sales

In the interest of fairness, why not open up direct sales for all auto makers, not just Tesla?

And while they’re at it, maybe do something so radical as allowing drivers to pump their own gas.

“why not open up direct sales for all auto makers, not just Tesla?
And while they’re at it, maybe do something so radical as allowing drivers to pump their own gas.”

@B.L.E.–This bill actually enables any car company to do what Tesla has been doing. The difference is that the lobby for the “conventional” car dealers is trying to block any attempt to change how business is done, as they have a lot to lose if they can’t act as middlemen in a car sales transaction. I guess that if I was one of those dealers, I would also be upset after “buying” favorable treatment from Chris Christie, only to have that favorable treatment destroyed by the legislature, but thankfully it looks like good sense will prevail in this case, rather than rank cronyism.

As to your second point, what seems to elude many NJ drivers is the reality that NOBODY has ever been arrested for pumping his own gas in this state. For reasons that I cannot fathom, most people seem to think that Storm Troopers are going to swoop down on them if they dare to touch the pump nozzle.

In reality, over the past 50+ years I have never been stopped from pumping my own gas in NJ, and I would estimate that ~85% of the gas attendants thank me for doing it.

Why do so many people fear something that just doesn’t exist in any real sense?

All states have numerous motor vehicle laws that should be repealed. When it was passed (who knows when) the law probably seemed to make safety sense.

What worries me is that most Americans DO know what freedom is (being responsible for yourself) and choose to rely on government.

Excellent point for many Americans. Insightful. Based on those that get elected, I’d have to agree that the evidence would suggest it was most Americans. You’ll note that it is with great pain that I acknowledge that.

If people only knew how much they sacrifice to have government agencies make all their decisions for them and to provide protection from everything including unintentional verbal affronts. Protection from cradle to grave and beyond.

I doubt the dealers bought favorable treatment from Christie. These laws have been around for decades.

We are freer to make our own decisions in the USA than in most, if not all, countries.

Mark, the laws preceded Christie, but there’s no question in my mind that they were passed to appease the lobbyists of the auto dealer’s group (whatever NJ calls theirs) in exchange for political support. This, sadly, is he way the system operates. We’re saddled with countless laws that inhibit free trade and protect a special group or industry because of this flaw in the system. The consumer pays dearly, but remains totally unaware.

Christie has PROVEN he’s NOT a man of the people. He’s for himself…PERIOD. Good thing he doesn’t stand a snowball chance in h*ll of becoming president.

Mike is correct, and at this point, Mr. Christie should probably focus on staying out of “The Big House”, rather than moving to The White House.

Both the US Attorney for NJ and–believe it or not–the Manhattan (NY) D.A. are going to convene Grand Juries very soon over Christie’s probable violations of both Federal law and NY state law. If the Manhattan D.A. succeeds in indicting Christie, I believe that it would be the first time that a sitting governor of one state was prosecuted in a different state.