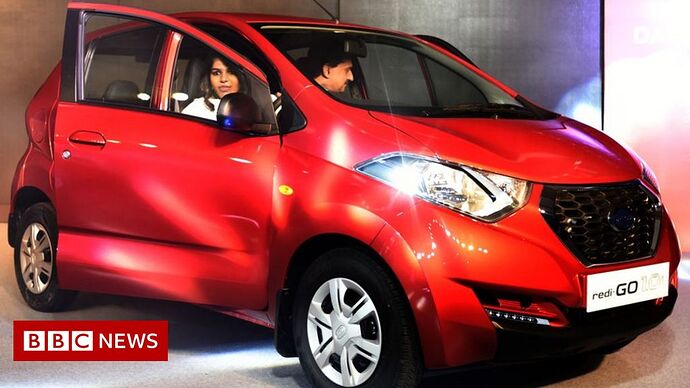 Nissan signals the end of the road for Datsun cars

The Japanese firm previously called the range of cars "an important part of Nissan's DNA".

I did not know they were using the Datsun name again . Really don’t know why . I think some of these marketing people are over paid. Putting the Ranger truck name on a larger truck was silly . Having Mustang on two very different vehicles. The Colorado and Canyon trucks almost as bid as the other GM trucks . Having a lower trim level that does not have cruise control makes you wonder if they really want to even sell something that they went to the trouble to build.

Nissan also phased out the circle in the Nissan logo and replaced it with 2 semi-circles with hooks on the end.

only to bring it back again later? Can’t believe ford named a truck Maverick!