At least in his garage! I’ve been watching his show for years now. As a cord cutter it’s a great show you can watch for free (Youtube).

A couple of the people I follow on Instagram are at the same Sunday car meet up in Malibu regularly, Jay’s always in some sort of button up shirt, some look more dressy but the chambray shirt is his usual look. Shows up in something interesting.

Here is some old File Photos of Jay. The one on the left is from 1993 soon after he took over from Johnny Carson on the Tonight’s Show. He is wearing a tie, but I think it’s still a denim shirt (a Dress Denim Shirt???)… And the one on the right is from 2004, five years before he left the show… 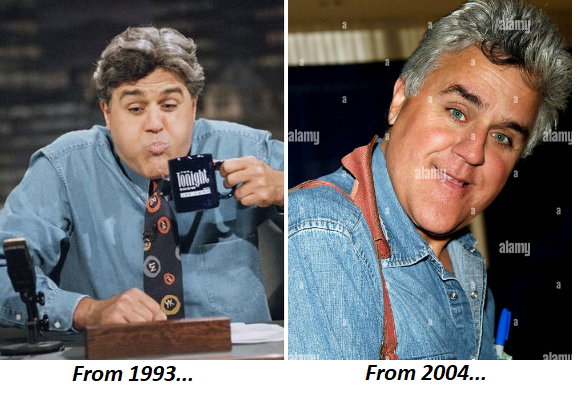 Jay’s been seen out and about in a couple of his cars, still has healing to do but from the video’s posted by a fan he’s his usual light hearted self. 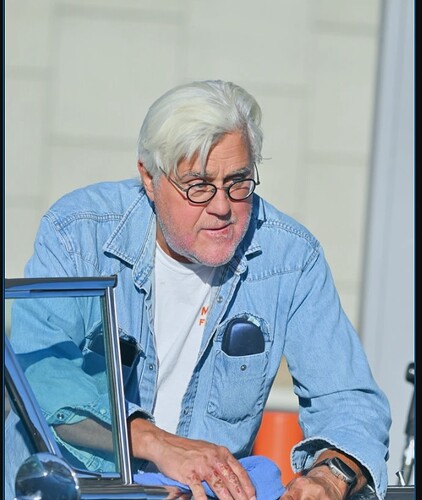