Hi. I have a Ford E450 eldorado chassis shuttle bus.
Recently, I noticed the check engine light stays on after the check, with the key to the “on” position. But once I start the car, the light goes away. Great!
The on position has a lot of play to it too.
If i just turn the key it won’t crank. If I set it back a tiny bit it will, and runs great.
I tried yesterday just cranking the key as soon as I put it in, and the check engine light stayed on while running. Thought it was a fluke, but today, same problem. Could this be a problem with the ignition cylinder?

The problem is more likely with the ignition switch at the base of the steering column.

Thank you. Is there a way to verify that before swapping it out? And would that be the cause of the key having some play in the on position? I noticed I can only start the engine with the key rocked all the way back to one end of the play.

What model year is your econoline? Above comment especially likely if more than 10 years old.

As far as the check engine light behavior, a shop could check for diagnostic codes, but I’d be inclined to fix the ignition switch problem first, as that might be causing the unusual CEL behavior. Worn out ignition switches are a pretty common problem reported here.

Just got the codes, it’s EVAP purge control valve and bank 1 and 2 sensors for the O2. Not related, but something to look into. Maybe bad gas cap and some faulty wires?
It’s a 2006, so I’ll see about the ignition switch. looks easy enough to replace.

As I mentioned above, suggest to repair ignition switch problem first before assuming other problems remain.

If the EVAP purge valve and O2 sensors actually turn out to be a problem unrelated to the ignition switch, those could be pointing to the same issue, faulty purge valve. The purpose of the evap purge valve, as you fill the gas tank (you’ll need a lot of money now for this … lol) , the air space above the fuel in the gas tank is pushed into the evap canister, the air is separated from the fuel vapor, air exits via vent valve, and fuel is stored in canister. Then when engine is started purge valve opens and fuel is burned in engine, returning canister to fuel-less state, ready for the next fill-up. If all that doesn’t happen properly, engine management computer can be confused and unable to set the fuel air mixture correctly, resulting in out of whack O2 sensor signals. Could be gas cap or wire harness problem, but more likely faulty purge valve. Purge valve problems pretty common topic here.

so I’m doing a resistance test and the purge valve is getting 5ohms. googling says if it slower or higher than 22-30ohms replace it. I’d like more details but haven’t found any. If it’s too low what does that mean? Can I just take it out and spray it down with carb cleaner? Wouldn’t this possible affect the O2 sensors as well and explain these codes?

purge valve is getting 5ohms.

5 ohms seems low for a small solenoid coil. If that’s an accurate measurement, the coil is probably shorted. Are you certain it was disconnected from the rest of the circuitry when you measured its resistance? Are you certain your ohm meter is accurate? Suggest to measure something w/ a known resistance in the 5-50 ohm range. The scale switch on my ohm meter sometimes doesn’t hit the detent exactly with resultant inaccurate readings. Spraying the purge valve w/carb cleaner won’t affect the coil’s ohm measurement. The coil activates a magnet, and the magnetic force opens a valve. Cleaning out the valve portion with carb cleaner or better would be compressed air, that could help if it is plugged. If the purge valve is plugged with carbon grit, the canister and vent valve(s) probably needs to be replaced too. Common problem if fuel tank is over-filled.

how many miles on this 2006 Ford? I’ve had more than a few key cylinders get sloppy as well as the ignition switches. This sounds like a commercial vehicle, so think of how many times that key and ign switch have been turned on and off since 2006.
Not positive on an 06, but the older key switches were super easy to replace. Turn the key, and push a button below and it popped right out. We didn’t care about the ign key matching the doors, so we got to the point that we would replace both key cylinder and ign switch whenever one of them started acting up.

So I replaced the key switch, which was not terrible. There’s a metal plate blocking mine with a bunch of wires grounded to it, but it was fine. Unfortunately, it did not solve my problem. Would like to be more sure before buying more parts. I can’t find wiring diagrams for this vehicle, and don’t know how to trace wires to find a common point that might be faulty. Any tips on determining continuity?
Tested the purge valve on the battery, it clicks open and shut. Thinking there’s a fuse or a short along a common path somewhere, but don’t know how to find it.

Suggest to summarize the current symptoms after replacing the “key” switch, which I presume means the ignition switch, not just the round thing the key goes in.

You’ll likely need a wiring diagram for you vehicle to go much beyond what you’ve already done. Do you understand how to use a wiring diagram? If so you might be able to find one in an aftermarket repair manual for your van (Haynes, Chilton’s) or you can purchase a temporary internet service data subscription, either from Ford for AllData, etc. The one from All Data isn’t overly expensive for a short term one-vehicle subscription as I understand.

Use to be the entire wiring diagram could be printed on 3 or 4 pages. These days it is more like 100 - 200 pages. Everything is so electronic oriented in modern cars.

There isn’t an aftermarket manual for this vehicle. It’s an Eldorado Aerotech with Ford e-450 chassis. Lots of creative wiring going on

Found some partial diagrams for subsystems but nothing that ties it all together.

One idea, you may not need the wiring diagrams. Maybe instead just focus on the problems remaining. I see reviewing the above you replaced the van’s ignition switch, which fixed the loose key problem, right? So what problems remain? Starting problems? Drivability problems? Or is the only problem that the CEL is on and you don’t know why?

There is that, but more recently the ABS light comes on and off, and just once recently the tow/haul light started blinking, indicating an issue with the transmission, but it shifted fine and the light is normal now.
A little while ago a relay started smoking for the rear AC but that could’ve just gotten too hot. I replaced it.
Frankly, it’s just too hot to be crawling around chasing wires, but I believe there is a short or something somewhere. Knowing in which wire harness those glitching systems meet would be a great headstart.

you replaced the van’s ignition switch, which fixed the loose key problem, right? 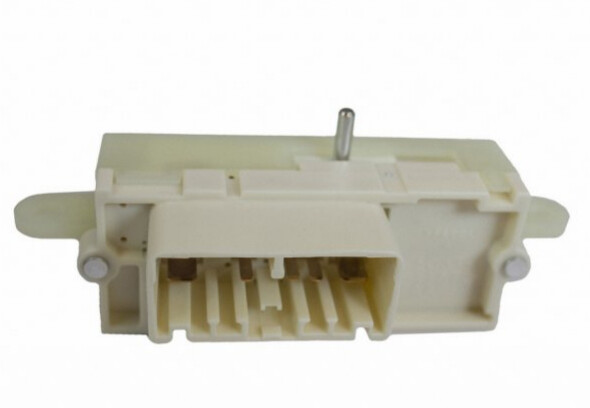 I get the feeling George knows that.

Don’t know the detailed mechanics of the ignition switch operation. But may not be pertinent to the problems you are trying to solve. Have you tried the basic charging system battery test? Before first start of the day , vehicle unused overnight, battery should measure about 12.6 volts. Then immediately after starting engine, 13.5 - 15.5 volts. What do you measure?

Yes, actually the bus sat in Nevada over the winter and when I got to it both batteries were at 0V. After almost a week of trickle charging, first seperate, then together, they miraculously got back up to full health and hold their charge for multiple days, no noticeable drop.
I believe they shorted when some seltzer cans exploded in the freeze, melted, and dropped through the old bench seat holes in the floor, a couple of which empty directly on top of the secondary battery. I have since sealed the holes.
There were also some mice that got in and left poop everywhere I had to clean. I found a couple dead mice in the bus, but nothing in the engine bay. I of course suspected to find some chewed up wires, but haven’t found anything like that yet. There are some wires that run through the body to the back, but I doubt they’re involved with the EVAP or O2 sensors.
There is this horrible little InterLock system which revs the engine in park if your foot is off the brake, and won’t let you put it in gear if the back door is ajar. That is wired through one of the cigar lighters, which has blown its fuse twice now. I would love to delete the whole InterLock system, but documentation on that is even more scarce than the Eldorado itself.
It’s purpose is to provide extra power to the wheelchair lift in the back, and prevent the bus from moving while it’s in operation. Safety concerns that do not concern me.

Teenage me had a job at a Colorado cattle ranch. The ranch hands – real cowboys on horses – they called me “mouse boy” b/c instead of riding a horse, I drove the ranch’s VW Beetle around the ranch roads with bails of hay for the cows. Mice were always in the haystacks, and took too much time to chase them out of the Beetle, so I just let the mice ride along. Often one would be seen sitting in the front passenger seat … lol …

Assuming battery voltage is ok w/engine running, sounds like the battery/charging system issue is under control now. If you think the rear freezer is causing a short, is it possible to just remove that unit, or at least disconnect it entirely from electrical system, short term test, to eliminate it is as a cause of other symptoms?

EVAP system problems not a typical cause for drivability symptoms. When they are, the usual symptom is the engine doesn’t start easily, and runs roughly for a while after starting, due to purge valve malfunction, especially noticed after refueling. O2 sensor codes can be faulty O2 sensors, or problems with the air/fuel mixture due to fuel system or air-intake problems. The first test for O2 sensor codes (beyond the actual P-code number), is a fuel trim test.