If you're going to delete your vehicle's emissions controls

… don’t be stupid enough to mention it on Facebook. This guy listed his Diesel Ram for sale on Facebook, and included details about it having been “modified” in regard to emissions. Somebody ratted him-out to NJ DEP, he decided against returning it to “stock” condition, and the rest is history: 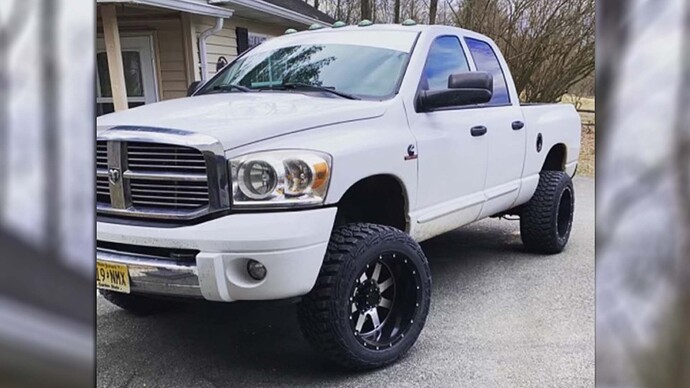 Mike Sebold says it wasn't enough that he turned his plates in at the DMV. Now, it's got to be crushed.

" Sebold says he then de-registered the truck and ran it at a sled pull in Warren County, which convinced him to use it strictly for competition."

If that was the case then I don’t see what the problem was. It wasn’t registered for on-road use, and he was using in off-road competition only.

I agree with FoDaddy, that should be okay.
Vehicles used in motor sport competitions, as far as I know, are excluded from federal/state emission laws.

But the owner claims >$10,000 to bring it into compliance with emission standards. Appears he trashed all the parts removed. Should have stored them.

I don’t see what the problem was

You would think the EPA would exempt race vehicles… Based on this FAQ from the EPA’s website, they are… or were.

Per the article below race vehicles were always covered by emission laws. 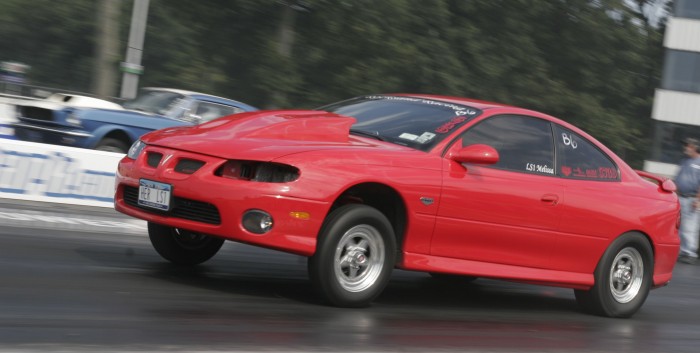 In response to an outcry over the Environmental Protection Agency’s proposal to require intact factory emission control devices on race cars, the EPA maintained that has always been the rule, prompting the automotive aftermarket to call foul and take...

The truck owner is clearly a moron. It wouldnt bother me at all if he was forced to sit in the truck while it’s being crushed.

Perhaps he could pull the engine, transmission, then send it to the crusher. Use the above to build a ‘puller’ for competition or sell the parts.

I only read the autocarsfans link. Wow, the person in question could be fined $37,500!
Makes you wonder how the people “rolling coal” get away with that behavior.

Bottom line though, dumb to mess with emission equipment on a street vehicle. My understanding, other performance enhancing modifications are not banned.

RE: the title of the article Diesel Ram Owner Forced to Scrap Truck Over Deleted Emissions Equipment

Owner isn’t being forced to scrap the truck, he has been given the option to restore it, and he chose not to. He is making the choice to scrap it.

I would bet that there is a junkyard truck somewhere that he can get parts from.

My understanding, other performance enhancing modifications are not banned

2 or 3 years ago I’d agree with that but when some counties and states will not even accept a performance muffler as legal no matter how it sounds. That is about as basic as it gets.

So any externally visible modifications like catted headers or cold air intakes or fancy mufflers can be grounds for emission failure or even prosecution.

Minnesota eliminated the emissions inspection years ago. The gov said the only ones benefitting were the inspection stations. The world didn’t end and we are still here, much to the surprise of some.h

People have been bypassing these systems all the way back to the converter test pipes sold at all the auto parts stores in the 70s. I really have no great opinion on the issue except I think the damage is over-blown.

I love the argument though that it was a persons free choice to destroy his truck. Back in 1970 when we complained about being in the army, we were told that we volunteered. Well yeah but really wasn’t much of a choice. Volunteer or be drafted, some choice. So in using this argument, remember there is free choice and then there is Sophie’s choice.

Another male ego getting in the form of a loud, modified pickup truck, getting “crushed” by reality.

Totally agree with others’ comments: this young man knew, or should have known, he was breaking the law when he modified the truck.

Another male ego getting in the form of a loud, modified pickup truck, getting “crushed” by reality.

Yup!
Most of us in this forum are dealing with reality, luckily.

The air pump seized on my 79 Mercury Capri sometime in the 80’s. I glued what was left of the belt onto the pulley, but I left everything else in place. It always passed emissions inspection.

Minnesota eliminated the emissions inspection years ago. The gov said the only ones benefitting were the inspection stations. The world didn’t end and we are still here, much to the surprise of some

Might work for some areas, not for others. Depends on the number of cars on the road , geography, & local weather effects how much air pollutants stay in the air & accumulate. LA for example has a lot of cars, and is in a basin that allows pollutants to accumulate. Coast of Nova Scotia, not nearly as many cars & wind would blow most the pollutants out to sea.

I concur however that a state’s emissions testing can go overboard. I definitely believe the state could be swayed in its decisions by the influence off the emissions testing business. Swayed not in a good way. I don’t see much bang for the buck for requiring treadmill testing for example. Beyond that, not really much need to test pre-OBD II cars at all, since not many of them on the road. Emissions testing should focus on where it gets the most bang for the buck, cars less than 10 years old. The most critical test imo is that all of the emissions devices at the manufacturing date remain present, and there’s not obvious visible problems with them. Back that up with the OBD II emissions diagnostics the car comes with, good enough.

If air pollution is the biggest concern of the state’s politicians, a focus on reducing pollutants from commercial airliners makes the most sense imo.

Reading the article and seeing where the DEP wants the guy to keep the truck on the road, even offering extensions to the deadline, I almost don’t blame the owner for wanting to scrap it. Private party in NJ puts the price at about $16k for the truck and the guy said it’d cost nearly that to be able to keep it on the road. Plus the DEP would probably hound the guy afterwards to make sure he stayed compliant. Cheaper and easier to buy a whole new one and, if he’s going to modify that one, one would hope he learned NOT to put that fact on public display and keep quiet about it.

one would hope he learned NOT to put that fact on public display and keep quiet about it.

To me that seems to be the biggest problem with the social media everyone wants everyone to know what they are doing 24\7.

everyone wants everyone to know what they are doing 24\7.

Well yeah and they don’t realize they are being monitored.

Well yeah and they don’t realize they are being monitored.

That is one problem I don’t have as I am not on any of it. This forum is as close as I get.

That is one problem I don’t have as I am not on any of it.

Yeah I’m not either but you are on here not to be paranoid or anything but one of the blogs warned that the trolls are FBI looking for more phones, and they had some fairly good evidence.

That’s why I put that out there. “IF he modifies the new one do NOT make it public knowledge.”
But it is difficult sometimes when you’re doing things you enjoy and want to brag about it to your hobby buddies.
“Look at this cool new holster I got.”
“Check out the new headers I put on my Mustang!”
“See my ‘new’ gold Legend of Zelda cartridge I found at the secondhand store! Had the original box and instructions!”
“Check out this loudener pipe I got for my Harley! Puts out 200 dBs worth of sound when I rev 'er up!”(tongue in cheek comment on this one)

Yeah I’m not either but you are on here not to be paranoid or anything but one of the blogs warned that the trolls are FBI looking for more phones, and they had some fairly good evidence.