Hey guys, I just recently bought a 2009 Mustang and I want to replace the stock shift knob. It’s an automatic. Unlike most cars that just twist off this thing is different. I’ve already tried searching online but there’s only a handful of videos and non of them really explain how to take the automatic shift knob off and replace it. If anyone knows anything or can point me in the right direction I’d really appreciate it.

You couldn’t just let them do their own research, could you

You couldn’t just let them do their own research

Some people have trouble spelling “google”…

And I doubt the fisrt answer is google it in any of them.

OMG it is now inappropriate to suggest that someone might try using google and do a little looking/research on their own. This got removed while others….you all know who, can spout all sorts of nonsense and mis-information with impunity.
“In less than the time it took to type this, I found 10 Mustang specific forums with google. You might try one of them.”
Not politically correct enough for some?

This got removed while others….you all know who, can spout all sorts of nonsense and mis-information with impunity.

And many regulars have complained about those posters to no avail .

I don’t understand what the OP did wrong. He had a question on how to replace a part. Telling him to ‘go away and ask someone else’ isn’t much of an answer. I thought that’s what we were here for.

No one told them to go away. And there are lots of examples where a brand or vehicle specific forum has been suggested.

Telling them ‘I found 10 Mustang sites, you could too if you just spent the effort’ (which is what you meant, right?) is the same thing. You didn’t find 10 solutions, just 10 places he could go. I often suggest looking for other sites if I don’t have an answer. But you know what I’m talking about.

Telling them ‘I found 10 Mustang sites, you could too if you just spent the effort’ (which is what you meant, right?) is the same thing.

You didn’t find 10 solutions, just 10 places he could go.

Yep I sure did, apparently he couldn’t.

Well, that’s not what you said, but OK. I have no problem with someone asking a reasonable question here, even if the answer is somewhere else on the internet.

Thanks, dude. I came to this site because I figured on a website called “CarTalk” someone in the community might be able to help me out. I have no prior experience with cars. I think it’s interesting that they thought I hadn’t been on any mustang forums because I was. I couldn’t find the answers I was looking for so I came here. I figured people here would be glad to answer my questions. Instead, I was put down for asking a question about a car on a car forum. I appreciate you calling that out.

There’s even a meme for that phenomenon. 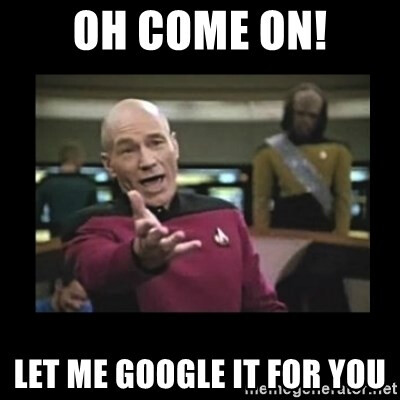 And, if we start telling everybody “go somewhere else” how long do you think this forum will remain here?

Yeah it doesn’t screw off.

What else did I say today that needs correction?

Knobs that just screw on? 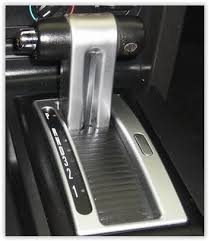 That video is for a manual transmission . This person has an automatic which apparently the shifter is T-bar shaped .

Deleted so as not to provide bad bad information.