I am wondering if anyone has had their hybrid battery repaired? Toyota wants to charge over 3 grand to repair my hybrid battery. I’ve done some research and found that the individual bad cells can be repaired, but I’m having trouble finding someone in the Fort Lauderdale area that can do this. Any help would be greatly appreciated.

Toyota will not repair your battery pack. They’ll install a battery pack which was already refurbished, on an exchange basis

you’ll be driving off with somebody else’s refurbished battery pack, and 3K less in your wallet

Shipping’s hell but send them here. There’s a guy that can get to it next January.

“Shipping’s hell but send them here. There’s a guy that can get to it next January.”

I highly doubt it. I hear they are still sitting on a pile of Model T cranks that still need repaired.

They may be able to help. 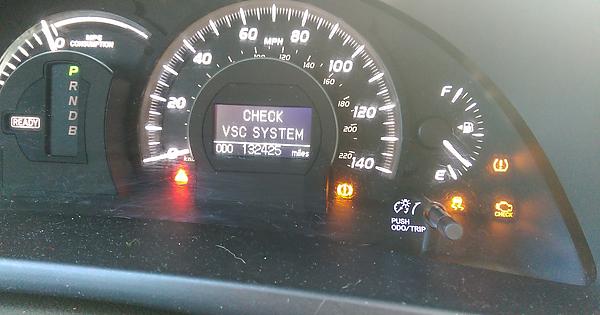 Yes, definitely. If you are not someone experienced with high voltage systems or automotive repair then you might not want to do it yourself. But that link shows how a guy fixed his battery pack for less than $10…but he had the experience to back him up.

The guy who cleaned his buss bars only put a band aid on his pack. The battery cells are sealed units, any corrosion on the buss bars is a sign that the cell itself has an issue. There was a recall on 1st generation batteries for this issue. You more than likely have one bad cell. The quality of the aftermarket reconditioned packs varies greatly. I don’t reccomend doing work on the hybrid system unless you have worked with high voltages before. If the factory repair manual is followed the systems are safe to work on. Unfortunately most of the d.i.y. websites leave out some safety precautions. If you go aftermarket look for a shop that specializes in hybrids, they should be able to get you a reconditioned battery at a lower price.

PREFACE: In September 2013 I posted the following comment on another website. The replacement hybrid battery seems to be doing well (even though it may have been briefly exposed to water due to an unexpected flooded road).

Last year, 2012, my eleven-year old 2001 Prius had only 115,000 miles on it when all the dreaded warning signs came on the dashboard and the car failed. I’d bought it used from a resident of Boston, and I have driven it carefully (incl. utilizing the “pulse and glide” method when possible) for the six years I’ve owned it and have had regular maintenance performed, as well as some body upgrades.

My hypothesis was that the hybrid battery was the root of the problem, but the local Toyota service dealership diagnostic tool indicated an accelerator issue, parts and labour for which were expensive. Just a couple of weeks later the car died again, and they determined the hybrid battery did need replacement. They never confirmed that the first code reading may have been in error, but they did offer a discount on the price of replacing the hybrid battery, which would have cost $4,000-$5,000 for parts and labour. (Ouch!)

Now, that figure is expensive enough, but when I learned that this new, expensive hybrid battery comes with a mere 1 year warrantee, I was appalled, considering that a hybrid battery that it is absolutely integral to the car’ ability to function should last for years.

At that point, I asked the dealership to provide me with the average age at which they’ve had Prius cars expire in their shop. Their answer: 230,000 miles, although they recently had one die with over 300,000 miles. Since my Prius is in very good condition, I am personally familiar with its history, and since I was in no position to purchase a new used vehicle at that time, I took the risk and invested in my 2001 baby. We’ll see if it was a good investment.

P.S. Thank you, Tom, Ray and Staff, for years of wonderfulness!

Here’s the email for a private party hybrid battery tester in Houston I used to evaluate a 2005 Prius a few years ago. They may be part of a network around the country today. Saved me from spending on a new pack - faulty alarm. priusbatteryrepairofhouston@gmail.com

It’s not just high voltage, but high voltage that can send hundreds of amps through any short circuit you create causing conductors to blow up like a bomb spraying your face with drops of molten copper or aluminum.
I know one retired electrician who had to spend weeks in a burn unit after a 240 volt panel blew up in his face. He needed skin grafts and it’s only because he was wearing safety glasses that he is not blind today.