My car’s been making a high-pitched sound, somewhere between a whine and a whistle, and I can’t pinpoint where it’s coming from. But it occurs only under these conditions (so far):

And it goes away if I apply, or even tap on, the brake.

My first thought, of course, was the brakes, so I had them checked, and the pads are all good. The mechanic also used compressed air to clean out any debris. That was the first time I’d been to that mechanic, but he’s near where I work.

Since the noise continued, I’ve talked with him on the phone and in person a couple of times. (I took some video on my iPhone just to record the sound and the speed/RPM when it happens, and let him listen, although the video didn’t capture how loud the sound is.) He’s adamant it’s some kind of sheen on the brakes, or something to do with the weather (I’m in the Detroit area and it’s been cold and snowy). He says if it were a belt, the noise would be constant, even when the car was parked. Basically, he’s saying don’t worry about it.

Is there anything else it could be? Should I be concerned, or just wait and see if it gets worse? I hate to let it go if it’s indicative of a problem that could get worse - and more costly to repair!

It’s hard to figure out where it’s coming from, since it only makes the noise when I’m driving. Even if I roll down the window (brrr!) it doesn’t sound localized from where I’m sitting.

It’s got 132K miles. The previous owner (I’ve had it for a year now) had the timing belt changed at 99K miles, and also had regular service/maintenance done at the dealer.

Thank you for any advice.

When you drive the brake pads lightly brush the rotors a bit like you are applying the brakes very, very lightly. Sometimes that can make noise, especially in places with salted roads. It isn’t a problem.

If you hadn’t had the brakes checked, THAT is what I would advise you do. Those kinds of noises appear when the brake pads have worn thin and the “wear indicator” touches. That is a metal tab that rubs the friction surface to annoy you into getting your brakes checked.

You checked your brakes and all is well. The noise may go away by itself but definitely take it back if it gets considerably worse.

I suspect the brakes are the problem, but if not, I would have the wheel bearings scrutinized by the mechanic. They usually make a hum, not a whine. When you tap the brakes or turn a bit the tone changes. With 130K miles it could be those too. Great car BTW. Not making any more V6 Accords, so enjoy it while you can.

It is indeed a great car, and I enjoy it very much! This is the first “problem” I’ve had with it in over a year, too.

I have had great luck with Bosch Rotors and pads purchased on Amazon. I have 3 Accords, 1 Crv, and a Civic I service for personal/friends/family and the Bosch stuff is so much cheaper than OEM.

Bosch stuff is so much cheaper than OEM.

Here’s the brake parts supplier for Honda and many other vehicle manufacturers. 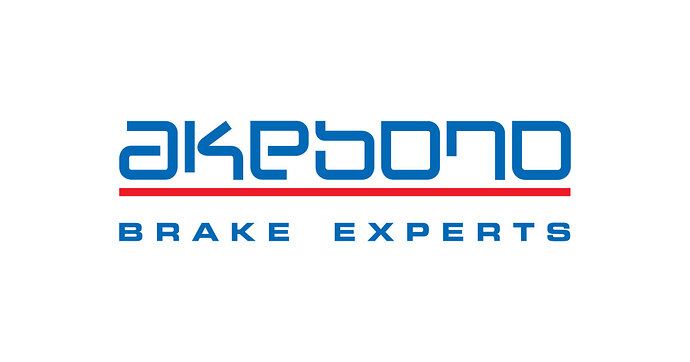 Akebono is a Tier I and Tier II original equipment manufacturer (OEM) braking solution provider for foreign and domestic nameplates.

I would have the wheel bearings scrutinized by the mechanic. They usually make a hum, not a whine. When you tap the brakes or turn a bit the tone changes. With 130K miles it could be those too. Great car BTW. Not making any more V6 Accords, so enjoy it while you can.

The noise a bad wheel bearing makes is enough to scare you. I had one go on my Chevy express without notice.

It can definitely be. However, I’ve replaced them on other cars like my Highlander and it started off very subtle and got progressively louder. Almost like a snow tire hum. The last one I had done the mechanic said “fell apart when he took it off the car.” That scared me!

So far this week, I haven’t heard the noise, so hopefully it was just one of those weird things no one can explain! I know it wasn’t moisture or ice, since it didn’t start until I’d been driving (and braking) for a good half hour, and presumably that would make things drier, not wetter.

Even though it’s not making the noise, it’s still going to bug me! I like to understand things…

The fact that you can just lightly tap on the brake pedal to make the noise go away is what’s making folks here think the problem is something in the brakes. One idea, after a long-ish drive where you hear this noise some of the time, but you aren’t doing much braking, then at the next opportunity slowly come to a stop and feel all the wheels. Carefully, one or more may be very hot, so don’t get burned. Is one of the wheels a lot hotter than the others? If so, you may have a sticking caliper.

Another idea, on some cars a shop can only easily check the wear on one of the pads, only one side is visible, the other side isn’t unless you take the brakes apart. Usually this is ok b/c the pads tend to wear the same on each side. But not always. Your shop may have checked the visible side, found it to be ok, and claimed the pads are not worn out yet. But the other side might still be at the wear limit and the warning tab is hitting the rotor. That would definitely produce a symptom like this. Ask your shop if that’s a possibility on your car. One clue, if that’s happening, it will get worse with more miles.

Yet another idea, there may be grit of some kind on the pads or on the rotors. Sometimes a shop can use some sandpaper to remove the bulk of that, and doing so will stop the noise, at least for a while.

Finally, if this started immediately after replacing pads or rotors, it’s possible the shop didn’t clean the surfaces correctly before installing. Or failed to install all the anti-squeal shims.

A way I’ve pinpointed a noise at times is to head to a local rental storage unit site.
The buildings are over 100 yds long with a driveway 50 feet across, and there are four of these units so it gives me three aisles to choose from if one is in use.
This place is only about 5 miles from my shop, so it is easy to get to for me.

I can see that no one will be walking out in front of me and I can get a car up into the 25 mph range with the windows down. This way any odd noises can echo off the buildings so it is easier to pinpoint where a noise is coming from…

I’ve diagnosed a squeaky driveshaft on my truck in similar fashion, by driving alongside a bus to listen to the enhanced echo.

Not sure if is applicable to you, heard similar for over a year, font wheel bearing went out, all was fine after replacement. Just thinking you don’t have to chase ghosts if brakes etc. check out fine, it will let you know when whatever gets bad enough.

Wow, thanks for all that!

I was actually right there in the shop when he checked my brakes, so I saw what he saw. There was a little opening in the brake assembly that let you see the thickness of the inner pad, and on all 4 wheels, the brake pads and discs looked good.

I haven’t heard this noise since last Friday (today’s Wednesday), so I’m hopeful it was just a weird anomaly, but I will definitely pay attention. If it makes the noise again, I’ll try your suggestion of feeling the wheels.

The mechanic I saw also used compressed air to blow out any debris - and I heard the noise the next day, but not since.

Incidentally (or not), it started in the morning after stopping by a car wash right by my house the night before. I don’t know if any of the many things those places squirt at your car besides water might have gotten in somewhere and just took 2 days to wear off, if that’s a possibility.

For now, I’m just glad to not be hearing it!

What a great idea! I’ll keep that in mind.

My Corolla’s brakes will often make a scraping noise first thing in the morning if they got wet the day before, due to rain, etc. I think it is a rust film forming on the rotors/drums. After a couple of stops it goes away.

Right, but that wasn’t it in this case, because the noise didn’t start until I’d been driving for about a half mile, braking and sitting at lights, too. I believe I’ve mentioned that a few times. It’s why this was such a puzzler to me.

Incidentally (or not), it started in the morning after stopping by a car wash right by my house the night before

braking and sitting at lights, too

If the noise was present while you were at a complete stop, the brakes and wheel bearings would not be in movement.

This makes me wonder if you have a bearing going out on the serpentine belt somewhere, or you need a new serpentine belt…
The car wash may have gotten enough mist under the hood to either cause the old belt the squeal or a idler pulley.

If the sound car be replicated while the engine is in park and running, spraying a little soapy water onto the belt will lube the belt momentarily if it is the belt. If that makes the sound disappear…replace the belt.

If you replace the belt…with the old belt off, spin each pulley with your fingers (engine off of course0 and any friction noise will tell you if a pulley is bad. The only pulley that will not turn with your fingers will be the big pulley on the bottom of the engine(Crank Shaft).
Keep in mind that some will spin pretty freely and others like the AC, and Alternator will spin but not free spin.

Sorry - I wasn’t clear. It happened after I had been driving, braking, and sitting at lights for a half hour. But once it started, it stopped every time I even tapped on the brakes.

I would also check the roundness of the tires.