Has Jeremy Clarkson reached the end of the road

He has run afoul of government authorities on a few previous occasions as a result of his comments, but a new incident has resulted in his suspension, and Top Gear will not be presented this Sunday in The UK. I always thought that his abrasive, know-it-all, “pompous ass” persona was just part of the script, but perhaps this is an innate part of his personality: 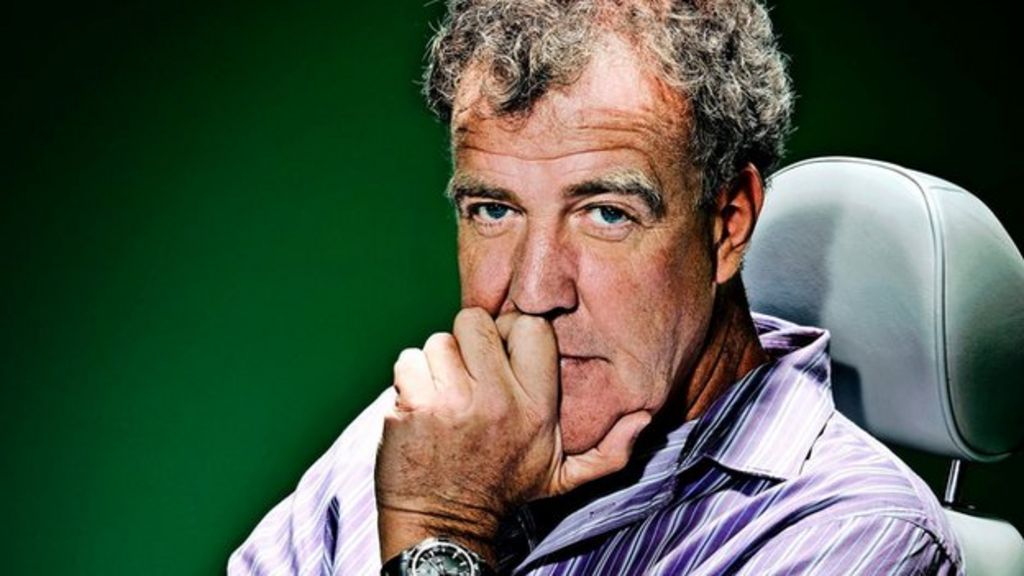 Top Gear host Jeremy Clarkson has been suspended by the BBC "following a fracas" with a producer, the corporation says.

Hmmm, state owned television? Nothing much allowed anymore in the UK.

Latest - he threw a punch at a producer…

“Hmmm, state owned television? Nothing much allowed anymore in the UK.”

BBC Radio and BBC television have ALWAYS been stated-owned and state-run.
There are also independent, non-state-owned stations like TV4.

As to “nothing much being allowed anymore”, there is actually far less censorship on their TV programs than in the US. Haven’t you noticed that there is no “bleeping” on British TV of what we consider to be obscenities? That pertains to both BBC and the indy broadcasters.

Even things like the broadcast of Prime Minister’s weekly question and answer session with Parliament can be raucous and it frequently tends to be irreverent by US standards.

There’s a difference between allowing “naughty words” and insisting on a uniform, PC outlook that dovetails with government policy.

One is a lot more threatening than the other.

Too popular a show to sack him.
Besides, his attitude is fine with me and cracks me up. He’s insulted my ancestry at times and I think it’s hilarious.

The end of the article provided by @VDCdriver rings true. Clarkson is a pheomenon because of his surly personality. And he is not the first media personality to behave that way. There are limits to what is acceptable, and violence is out of the question. If he did lay hands on anyone else in the cast and crew, he deserved to be suspended, at least. I guess we will see if he calms down and acts like a mature adult for a while. Being insulting is fine for laughs. Don Rickles made a high art out of it. But Rickles was a kind and generous man in reality. Maybe Clarkson is as well for the most part. Maybe we will find out.

Yeah the BBC allows bare breasts no problem but don’t try and show a firearm on it.

I need a taller antenna!!!

Clarkson is rude, but also smart, funny, and often the butt of his own jokes. Yes, he is probably a tough guy to work with at times, but that describes a great many entertainers. Can you imagine working with Gordon Ramsay?

Yeah the BBC allows bare breasts no problem but don't try and show a firearm on it.

Some might argue that the reverse, employed by US television, is worse. After all, you rarely hear of a drive-by boobing.

It’s bothersome that the current admin in the UK is censoring TV in order to give apparent support for its sweeping disarmament actions it has, of late, enacted. For a government to utilize TV for its propaganda value is disturbing, in and of itself.

FWIW, I felt similarly when US broadcasters fell over themselves to revise “moral standards” in the wake of Janet Jackson’s fracas–or, “much ado over silicone!”

I must say, I like Mr. Clarksons perennial “sticking it to the man” attitude–on general principles, if nothing else.

The latest update, the rest of this seasons’ Top Gear is now cancelled. Right before a 3 year contract extension was to be finalized. Those negotiations are now suspended.

Top Gear UK is my favorite show BECAUSE of Clarkson and May and Hammond. I don’t want Top Gear or Clarkson neutered with PC-speak. The US version is unwatchable, the Aussie version is not too bad but the original is best.

Even if BBC boots it, it could easily be picked up by another outlet.

I agree with others here, never let governments control what people watch, ever. They can’t be trusted and there is no one to complain to when they abuse it.

" I like Mr. Clarksons perennial “sticking it to the man” attitude"

When somebody is as uber-rich, as Clarkson is, he IS “the man”.

I can’t stand the show, and Clarkson is the main reason. Don’t like the US version either.

Besides, when did the idea that you don’t hit a co-worker, and you’ll get canned if you do somehow become “PC”?

I would imagine at this point that the servers are going down and no live human at BBC is answering the phone or being allowed to talk to anyone. Out of a worldwide audience of 350 million just imagine if 5% of of POed people are calling in and emailing.

The producer is going to be the most hated man in the world.

So what? Does this mean if I take a swing at my boss (The other person involved is a producer, arguably the man’s boss) I should get a freebee if the companie’s customers insist I return?

Or, as someone else once said about U.S. censors, “you can cut a woman’s breast off with a sword, but you can’t kiss it.”