… is actually a 1968 Jaguar E-type that was recently converted to all-electric power: 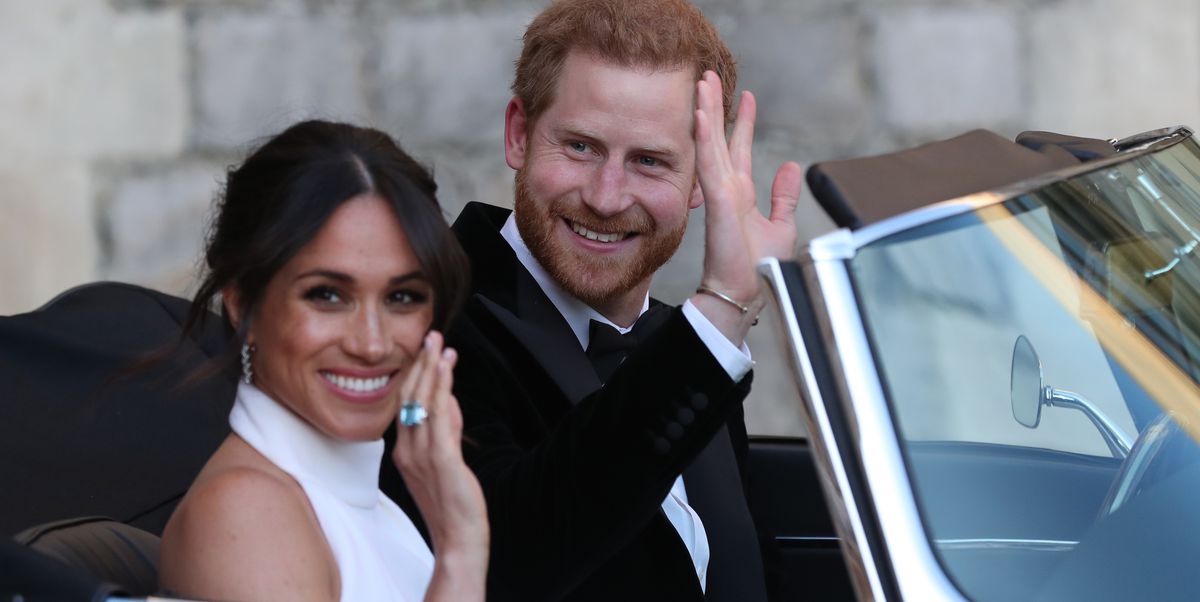 It was first produced in 1968 and has been converted to run on electric power.

I thought they had that horse drawn carriage? I woke up at 6:30 central time to the tv broadcasting the wedding. Otherwise I wouldn’t have looked. I guess it was not my idea of a great time. Good luck to them anyway as they deal with the former WWII truck mechanic known as the Queen.

Isn’t it time we did away with this king and queen stuff though?

“We?” Are you a British taxpayer?

Right about now, I envy a country whose head of state isn’t mired in petty partisan politics.

From The Sun’s coverage
"Royal officials specially leased the £350,000 motor from Jaguar for the day - and even kitted it out with a bespoke numberplate that spells out the date of the wedding.

The luxury car is thought to have been a special request from the environmentally-conscious couple.

Eagle-eyed Royal fans also noticed that it was a left-hand drive model - a possible nod to Meghan’s American heritage.

The near-silent car can hit 60mph in just 5.5 seconds and boasts a specially made 220kW engine." 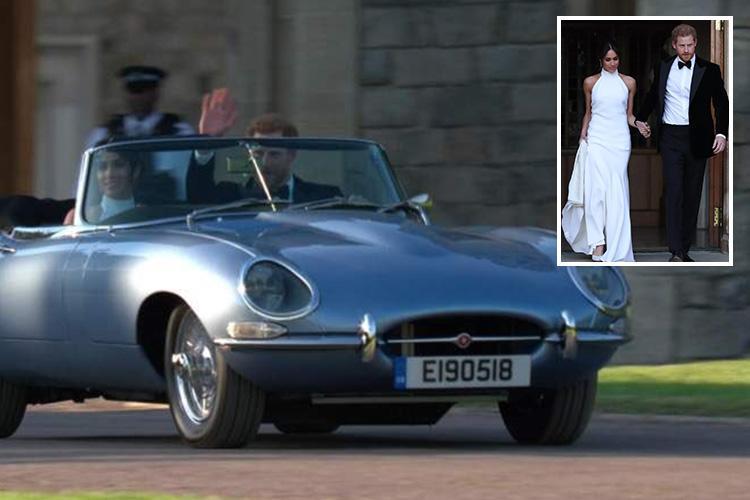 The eco-friendly Jaguar Prince Harry and Meghan chose to drive to their...

PRINCE Harry and Meghan Markle kept up their wedding’s theme of tradition blended with modernity by driving to their reception in a classic Jaguar converted to run on electricity. The newlywe…

To the two of them, driving a classic Jag converted to an E-car, I say BRAVO!
That has all the earmarks of environmental awareness, appreciation of both classic styling and modern technology, and class. They seem to be good folks. May their union be blessed.

Whether first world, or third world countries, I don’t think there should be ANY royalty or titles, whether they wield any power or not

I hope these folks are happy . . . that’s as much sympathy/empathy as you’ll get from me, as far as royalty is concerned

Aside from the issue of the opulent lifestyle on the backs of poor taxpayers, if a people choose to keep their head of state out of petty partisan politics, that’s their business.

Nope.
Happy with living in a country with a Royal Family

But I’m entitled to my opinion, and I make no apology for it

And I’m from a country that USED to have royalty . . . but no more

And I daresay that country is better off without royalty

I hope these folks are happy . . . that’s as much sympathy/empathy as you’ll get from me, as far as royalty is concerned

If I could trade places with them, I’m not sure if I would accept. It’s nice being a “nobody”, able to hop on my motorcycle whenever I want to without having to first submit the exact route I will ride so roads can be closed and security can be established. It’s nice to be able to just shop without paparazzi in my face and chasing me where ever I go.
To me being a member of royalty is being the inmate of the world’s most luxurious and opulent prison.
The US presidency is just as bad.

I’m sure you got to where you are through hard work and long hours, same as many/most other people

Why would you want to trade with somebody else?

With the exception of winning a lottery, I wouldn’t want something I didn’t earn

To me being a member of royalty is being the inmate of the world’s most luxurious and opulent prison.
The US presidency is just as bad

The US Presidency is an elected position. Nobody forces somebody to run for president. They know what they’re getting into. If you don’t want the spotlight, don’t become a US presidential candidate

Can we steer away from the apolitical head of state discussion, please? Thanks.

Sorry I brought it up. Just struck me as silly watching part of the wedding, but the hats . . .?

Back to the whole car controversy. I’m not sold on electric at this point in development. Not that it may be simpler to maintain and manufacture if the batteries can get under control, but having a vehicle with limited range means that it is a specialty vehicle, not a main general purpose one. The other issue is that it has not been proven that considering the fuels used to generate electricity, that it actually does save carbon. Europe might be different with their reliance on nuclear power generation but in England, electricity is very very high priced. They have coin operated meters to turn the power on in apartments and at the B&B we stayed at, the power (heat, lights, water heater) were shut off from 10 pm to 6 am to save. So royalty and all, I’m not sure what the point of their rented electric car was? Certainly not something the masses would be able to support, from the view of a commoner anyway.

A British electric car… What could go wrong

A British electric car… What could go wrong

Before anyone further sullies the reputation of Joseph Lucas, it should be borne in mind that he died in 1903, many decades before the ill-reputed Lucas electrical components were manufactured: 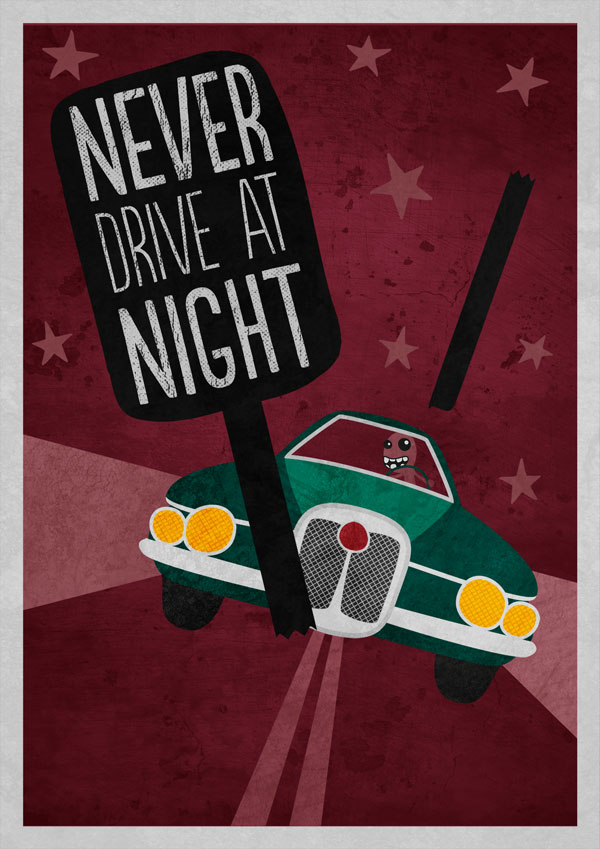 Yep, Prince of Darkness. My Morris Minor had Lucas electrical. Every time I would make a right turn the horn would honk. Kept the pedestrians at bay anyway.

> A British electric car… What could go wrong

Well, you could have the Windows 98 bootup music play when you turned the key.

Before anyone further sullies the reputation of Joseph Lucas, it should be borne in mind that he died in 1903, many decades before the ill-reputed Lucas electrical components were manufactured:

Nobody other than you has made a comment about the man. My comment was about the company’s electrical system’s, well know as ubiquitous and troublesome in British cars. Clearly they were made after his lifetime, so how can his name be sullied?

Clearly they were made after his lifetime, so how can his name be sullied?

Because most people currently refer to him as “The Prince of Darkness”, which is indicative of a belief that he–personally–had something to do with the poor quality of the electrical components made by his company long after he had left this mortal coil. A lot of ignorance abounds nowadays, and even though I am no longer in the classroom, I still attempt to educate people where it is necessary, and this is a topic where I believe that it is necessary.