Good luck getting insurance coverage for your Hyundai or Kia 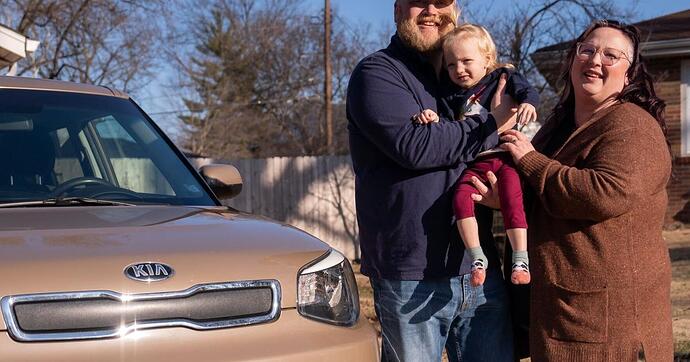 Two major insurance companies have refused to issue new policies on some Kias and Hyundais in the St. Louis region as theft rates of those vehicles remain high following last

I am pretty sure that there will be a class-action suit in order for owners of those cars to recover the cost of having an engine immobilizer installed.

Why? Is it mandatory that manufacturers include them as standard equipment? If it was supposed to be included on, and included on the equipment list I can see this. If it’s not included with the car, I think a class action would be a moot point.

Only the lowest trim lines if those cars did not have push to start, which does have an immobilizer.

Is it mandatory that manufacturers include them as standard equipment?

No, of course not, but if every other mfr includes that component, I think it could be argued that a reasonably competent consumer would assume that Hyundais and Kias also have it.

Sorry, but we may have to agree to disagree. It could be argued, but I think it would be futile. None the less some shyster would probably take it on. If its not mandatory or listed as standard equipment, there is no reasonable assumption that it should/would be there.

some shyster would probably take it on

Don’t be so quick to turn your nose up at those “shysters”. While most Class Action Suits yield very little for claimants
(I got a check for $9.22 recently, for one of them), some can be quite lucrative for claimants.

Several years ago, there was a CA Suit regarding the price-fixing of CRTs. I submitted a claim for one CRT computer monitor and 2 CRT TVs, and–to my great surprise and satisfaction–I received a check for a little more than $400.

A few days ago, I was notified that the CA suit regarding the T-Mobile data breach had been settled, and that I would be getting a check for $200, plus free credit and property title monitoring for 5 years, and that settlement was without having to submit proof of actual losses. If I had been able to prove actual losses from that data breach, I could have collected up to $2,500.

Only the lowest trim lines if those cars did not have push to start, which does have an immobilizer.

Apparently plenty of low-end Hyundais and Kias in St. Louis.

Much of that city lives in poverty.

I got a new Theta II engine a few weeks ago and this was the result of a Class action lawsuit. Ours started burning oil at 60K miles but only after 100K miles it was more than 1 qt per 1000 miles. Granted, on their oil consumption test, they were topping 1.5 qts and documenting 0.8; when I complained they told me I am not supposed to touch the dipstick. Long story short, the engine finally seized and here we are.

It’s a good sign that the manufacturer took responsibility & replaced the engine. Many years ago my VW Rabbit developed an oil-burning problem, caused by defective valve stem seals. VW stepped up to the plate and installed new valve stem seals under warranty, good for them.

Many years ago my VW Rabbit developed an oil-burning problem

Many years ago, my Volvo developed an oil-burning problem. Unfortunately, that was in the days before a lot of consumer protection statutes, and they shrugged-off the problem. When I would go on vacation trips with that car, I couldn’t carry as much luggage as I and my friends wanted to bring because I had to make room for a case of motor oil.

VDC, you seem to definitely have some issues with the old Volvo … lol … I’m presuming it had the Bosch k-jetronic mechanical fuel injection system. My Rabbit had the same, keeping everything working correctly w/diyer methods, definitely a challenge.

My first encounter with fuel injection was a Volvo, 1976?, had a puddle of gas under the injector on the intake manifold…uh-oh.

The Rabbit had o-rings sealing the injectors, and those o-rings for some reason would split in half for no apparent reason. Never noticed any fuel expelled, but engine would idle very poorly when that occurred. Just to make matters more interesting, seating the injector into intake manifold after a new o-ring installed, nearly impossible, required Herculean strength … lol …

Much of that city lives in poverty.

I’m aware of that since I live there.

I have a couple friends with Kia/Hyundia products who live in St. Louis. Luckily they are all older than the impacted models that are so easy to steal.

I understand late model trade-ins and new ones are all getting a retrofit to push button start to solve this if you buy them from a dealer.

I would think this would definitely impact the resale value of some of these as used cars if you cannot get full insurance which is required if you want to finance a car.

VDC, you seem to definitely have some issues with the old Volvo … lol … I’m presuming it had the Bosch k-jetronic mechanical fuel injection system

That was just one of the major problems with that POS, but the FI system and the Bosch fuel pump only acted-up a few times per year. The biggest issues had to do with the car’s electrical system, which was problematic beginning the first month that I owned the car, and continuing on a regular basis until I finally dumped it.

This is just one reason why I wish ‘social’ media did not exist!

This, and other ‘challenges’ over recent years. Not to mention the effect the conveyance of certain ideologies on social media affected elections in the U.S., Brazil, Hungary, and other countries during the last 10 years.