Tell me your fuel economy in MPG or gallons per mile at two speeds, your fuel cost, and I’ll tell you how much you could save per increased unit of time by driving slower. Tell me what your fuel economy is at 60 MPH on a flat stretch of road, and then reset the computer and tell me what it is at a higher speed like 65 or 70. If you don’t have a flat stretch of road, then drive the exact same distance twice on the exact same section of road at both speeds and record the fuel economy for each trip.

For most cars slowing down to less than 60 MPH isn’t going to save you money unless you bring home less than something in the ballpark of $12 per hour with gasoline prices at $4 per gallon. This assumes that time spent driving takes time away from work. If you have a fixed salary then you have to decide if you want that extra tax free money that comes from spending more time on the road. Driving slower also significantly increases safety, so the advantage isn’t just extra money.

Below is an explanation of wind resistance and an example of a car that uses 1/30 of a gallon per mile at 55 MPH with $4 per gallon fuel. The fuel economy at another speed isn’t known so it is estimated.

Some of the friction from driving a vehicle, such as drive train efficiency with a locked torque converter or manual transmission, is mostly linear, so speed doesn’t have much effect on efficiency. Gasoline engines tend to be a bit more efficient at higher load (torque at constant RPM), so driving faster increases engine efficiency. Then there is wind resistance loss which increases with the square of the speed. If your torque converter isn’t locked, then the loss from that will increase too as drag increases, increasing the exponential loss even more.

The goal here is to calculate the decrease in travel time due to increased speed compared to the increased cost. For instance, if you’re pulling a big trailer with lots of wind resistance, driving faster than 55 MPH could cost $20 in fuel per hour of saved travel time. Are you missing work due to travel time that pays $50 per hour after all taxes? Then it is worth it for you to drive faster in this situation.

The fuel price in this example is $4 per gallon.

Wind resistance is the cube of the speed

Not the square of speed? That’s what I thought I learned decades ago.

Is this the case?: as speed is increased, the wind resistance becomes a larger share of the overall frictional and other losses. For example, friction between the pistons and cylinders, within the transmission, between tires and pavement, etc. become a smaller part of the overall picture.

Not the square of speed?

Yes! That’s why you can get to 100 MPH with a 100HP engine, but achieving 200 MPH requires 8 times the horsepower, so a Corvette struggles to get to 190 MPH despite a much bigger engine!

“Aerodynamic drag increases with the square of speed.”

That’s from wikipedia; many other on-line sources say square. I have found no sources that say cube.

How can Wikipedia even think of contradicting the Snowman ?

Aerodynamic drag increases with the square of speed

Maybe drag refers energy needed to overcome friction from air is not the correct term that I should have used. The amount of strength, edit: or power, needed to pedal a bicycle at double speed is 8 times is what I want to say.

edit: I think I see what happened and the misunderstanding. Aerodynamic drag that I called wind drag or wind resistance is the square of the speed, if you measure it by force. The amount of power needed to maintain a moving object at constant speed is the cube of the speed. It takes twice as much energy to keep something moving twice as fast with constant force resisting it. With the force not doubling but quadrupling when the speed doubles, and double the power needed with the speed doubled, the result is that the power needed when the speed doubles is 8 times, or a cube. The square is useful when calculating the speed that a falling object will obtain. The cube is useful when needing to know how much power is needed to make it move at a certain speed.

Aero drag is a FORCE, not POWER. So the equation for drag force is:

rho is air density, V is velocity, CD is drag coefficient and A is frontal area

POWER is calculated as;

So drag FORCE is a square function and POWER required to hold the car at speed is a cubed function.

So driving at 80 mph instead of 60 takes about 2.1 times (considering friction, too) more power to move the car. More power needed means more fuel used.

The amount of strength needed to pedal a bicycle at double speed is 8 times is what I want to say.

No, that is still FORCE, not POWER… so squared.

No, that is still FORCE, not POWER… so squared.

A person’s strength is not power?

Apparently this will affect EV’s the same / similar. I read an article the other day where a guy drove a Tesla 100 mph on the Autobahn as a test of sorts and his range dropped to around 100 miles vs the normal full charge range of 2.5 times that or so. I don’t remember all of the details and I’m not sure of the exact numbers, how scientific he was in his testing and all that. But it makes sense. Energy is energy, work is work, no matter the power source.

drove a Tesla 100 mph on the Autobahn

A person’s strength is not power?

No, power is equivalent to strength over time thus endurance, just strength is force.

a guy drove a Tesla 100 mph on the Autobahn

Highway travel at speed is not where EV’s do best. Same for Hybrid cars. The real gains come from recapture of the energy during braking. That’s why a Prius’ city MPG is the same or greater than highway. Just the opposite of a gas or diesel auto.

Yeah, I suppose there isn’t a lot of braking on the Autobahn! Not a huge amount of braking on extended interstate travel, either. It got me thinking about how the range might be affected at 80 mph on a vacation trip, for example. For better or worse, most people tend to drive around 80 if the speed limit is 70.

I suppose there isn’t a lot of braking on the Autobahn!

More than you think!! The speed controlled areas are plentiful so you need to drop speed to 130 kph from whatever speed you were doing. Basically, every blind hill has a limit and then off you go again to the unlimited spots.

If we did this in the US, any state in Appalachia would nearly always be restricted and most of Texas, Kansas Wyoming… the flat states… would be unrestricted. Montana was but they couldn’t figure out how to figure if you were exceeding conditions or not so they gave up and set the limit to 80 mph (I think that’s it but not sure!)

Mustangman that’s completely wrong about power. It’s to the point where it appears you and possibly others are posting false information that appears as innocent scientific ignorance to others and doing so deliberately to derail my discussion thread. You post the correct formula and the correct calculation for 60 mph versus 80 mph and then try to start an argument about the definition of a word. You even said “POWER required to hold the car at speed is a cubed function.” then you go on and switch to saying power is something else. 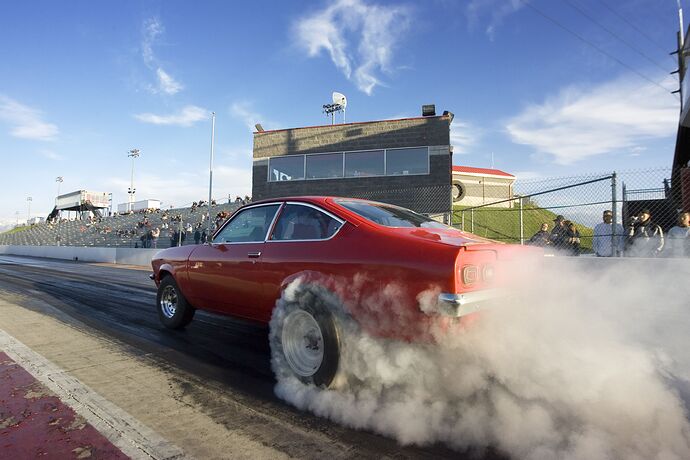 What Is Power in Physics?

In physics, power is the rate in which work is done or energy is transferred over time. It is higher when work is done faster, lower when it's slower.

Power is the rate at which work is done or energy is transferred in a unit of time. 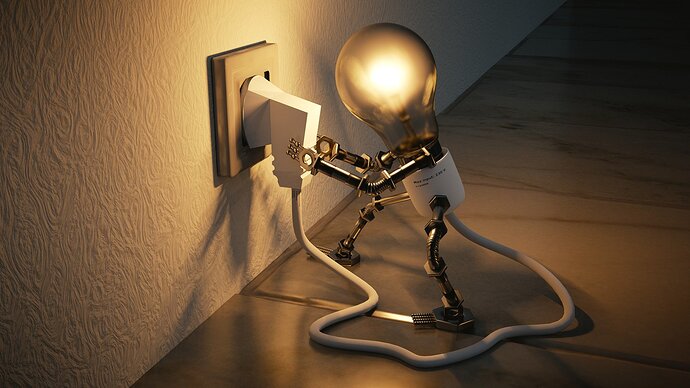 Energy in Physics? Definition of energy, 4 types of energy

Energy in physics is the ability or capacity to perform work. Energy is a property of an object which can be transferred to other objects or converted into diff

Energy is a force over a distance. The energy possessed by any moving object is kinetic energy. Kinetic energy is defined as,

What I posted was correct. I can’t be held responsible for your lack of understanding

What I posted was correct. I can’t be held responsible for your lack of understanding

As usual the SNOWMAN don’t want to hear any ideas but his own.

This is like trying to explain why an engine with more torque won’t necessarily make the car go faster.

You of all people would know all about posting false info