A friend works at the auto center at the local Wal-Mart and boy does he have some stories. This is one from him and the customer saw no problem with this tire. Besides looking like this, it is a temporary spare.

People just drive in on tires like this or basically no oil pretty frequently from what he says. Someone even said they needed their oil changed but that the car couldn’t be turned off during the process as it wouldn’t restart. They told him that wasn’t possible so he either needed to fix that and come back or risk it not starting. Anyway, he really wanted the oil changed and they had to push the car out because it sure wouldn’t start. Things like this just make you wonder. I think the worst thing about working at Wal-Mart would be the customers that come in.

That tire is still good. Just put it on the other side.

Reminds me. Maybe shoulda put this in mishaps but didn’t think of it. I had to drive 35 miles to pick up a piece of furniture so hooked the trailer up. About 5 miles out of town there was blue smok billowing out the back of my car. I thought I had blown something. Pulled the car over and one of the two fasteners for the fender had broken so the end of the fender was rubbing on the tire. Wore a pretty good crease in it. Not as bad as above. Figured it was still ok for the trip rather than disappoint the wife. Made it fine but put two new tires on when I got home and did some fender bracket welding.

And you thought your customers were difficult.

What brand is that tire? Looks like a Maypop to me!

[quote=“cwatkin, post:1, topic:186643”]
I think the worst thing about working at Wal-Mart would be the customers that come in

That is walmart customers AKA known as walmartions for you.

That tire is still good. Just put it on the other side.

yep, just flip it on the wheel, reinstall, and send it! 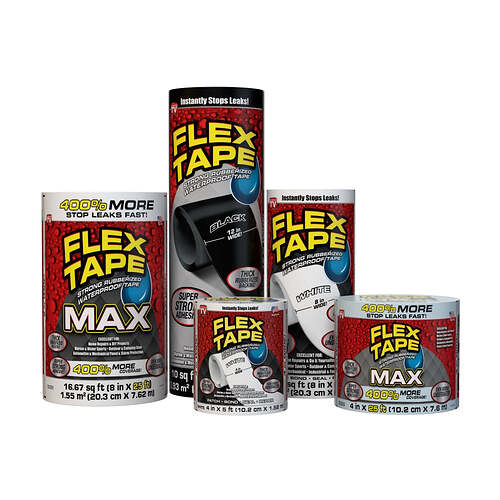 Not an endorsement (spam), just a stab at humor.

Someone even said they needed their oil changed but that the car couldn’t be turned off during the process as it wouldn’t restart.

Someone cash-poor might keep a tire like that for a spare though, use it only to drive 20 mph to tire repair place. Me, I’d be buying another tire. But if the decision is between paying for needed food and shelter or a better spare tire … easy decision. Tire store could probably supply a better spare than that, a used tire they took of another car.

I think the worst thing about working at Wal-Mart would be the customers that come in.

That’s the main reason I tend to avoid Walmart. One customer there got really angry w/me, shouting all sorts of obscenities, b/c I was blocking her access to the dairy products for 30 seconds.

Having the oil changed and letting them push the car outside might be4 a rational decision if they already have towing coverage. They probably do a lot of oil changes but I would not want them trying to diagnose a no start problem.

I actually let Walmart change my oil twice on an 8600 mile trip I took with a 92 Plymouth Voyager. I checked the oil and then let the van run a while while I looked for drips before leaving the parking lot. If you change your own oil, their oil prices are tough to beat.

I used to buy a lot of things through their parking lot pickup so you did not have to go into the store. Lately if you try that, they don’t have any available time slots. Maybe , like everyone else, they can’t get help.

When an employer says they can’t get help.it really means they are not willing to pay enough to get help.

I think in the last 40 years I’ve had the dealer change my oil about twice for one reason or another.

I do remember on a trip about 1959, we stopped at a park to make lunch and dad and I changed oil in the park. He brought oil along and I reminded him to put the plug back in first. It just seemed like normal to grill hamburgers in the park, change oil, and throw a few baseballs. No restaurants or credit cards except a standard oil card. Lately I started wondering how much cash he had to have along to pay for everything. Only once did we stop at bank to cash a check and the banker had to call our bank for an ok. Those were the days.

When an employer says they can’t get help.it really means they are not willing to pay enough to get help.

It can also mean their business is nonviable without exploiting the workers and shifting costs onto the backs of taxpayers.

Minimum wage, or less, combined with Medicaid and welfare benefits keeps the doors open for lots of businesses.

Took my car to Walmart for a new battery; early morning, auto service was dead slow. After an hour, they still hadn’t pulled my car in. I asked WTH, they said I didn’t have an appointment, so I was on the “when we can fit it in” list. But there’s no one here…

Surrendered; bought the battery off the shelf and installed it myself.

I’ve never been a big fan of “the government” doing vehicle inspections because I keep my cars in top shape and never run tires to the warning marks. Given how our population is literally going insane, I’d vote for quarterly quick inspections. People simply drive cars till they break, fine with me, but not when it puts me in danger and worn out tires are certainly dangerous.

I’ve never been a big fan of “the government” doing vehicle inspections because I keep my cars in top shape and never run tires to the warning marks. Given how our population is literally going insane, I’d vote for quarterly quick inspections. People simply drive cars till they break, fine with me, but not when it puts me in danger and worn out tires are certainly dangerous.

This is false logic, and additional government bureaucracy and fee$ are not the solution. All of the problems which a vehicle might have, which would be detected and flagged by a state “safety inspection” are already illegal, and could be handled through police enforcement. It is already illegal to drive with tires that are bald, lights that don’t work, severely cracked windshield, etc. More laws and costs imposed onto everyone are NOT the solution.

The bigger problem is that peoples’ budgets are stretched so thin right now, that cars are being neglected. In the span of two years, food costs have increased by 50%, the cost to rent or buy any type of dwelling has doubled, fuel costs have increased by about 80%, etc, but wages have risen by maybe 10%. Unfortunately, people are being squeezed by rent, food, and other necessities, and they just don’t have the money to properly maintain their cars. And many people aren’t even able to keep up on the monthly loan payments and/or required insurance…hence why the repo trucks are out in strength right now.

I am not a professional mechanic or tire technician…just an HVAC technician who drives around all day. I am seeing a much higher prevalence of cars with tires that are legally bald, people using temporary spares on a permanent basis, brakes that make a lot of noise, minor engine noises such as squealing belts or noisy alternator/water pump bearings, and major engine noises such as rod knock or timing chain noise. People literally drive them until they won’t move anymore, then push it to the side of the road for the police to haul away.

The less government the better, but that only works if the people are capable of self governing…way too many are not capable of being responsible drivers as you point out in your accurate observations.

I would love to own, would get a lot of use out of, my own airplane…but I can’t afford to own/maintain a plane, so I don’t own one.

If someone can’t afford to minimally maintain a car, so it’s not a danger to others, then they should not own one.

As a society, we have to agree on that. Look at that tire, you know that car was heading down the freeway at 60 in a crowd of cars…insanely dangerous.

What’s the stopping power of that tire? LOL…the other tires are probably not much better…a wet road is probably the same as glazed ice for that car when it comes to stopping it.

Tire inspections could literally take 30 seconds with the car running over clear glass with a camera recording as it rolled over. Very simple, inexpensive tech could make all of this very fast and low cost. A shop could easily run 60 cars an hour over the camera…if they charged just $5 per car, they’re making $300/hr…I don’t think you’ll have any problem getting the private shops to install the tech.

Tire and brakes, critical, sadly I think we’ve reached the point where we need big brother to enforce responsibility for those items.

If someone can’t afford to minimally maintain a car, so it’s not a danger to others, then they should not own one.

For crying out loud . Have you never heard of rural areas that require people to commute to larger towns just for work ? How about places without public transportation ? Try looking around you at the real world .

If someone lives in the country, it’s ok for them to drive to the city with the steal cords sticking out of their tires. And when their tires blow out at 70mph, causing a 20 car pile up, killing/injuring dozens…well, that’s ok…

Yes, we will have to make an exception for people “in the real world”.

PS. “For Crying out loud”, you’re advocating for unsafe cars to be allowed on the road? Cars with cords sticking out of the tires?

Quarterly safety inspections for cars seems a little too often. Year or bi-yearly seems better. As I recall we had yearly safety inspections required in my part of Colorado. Inspecting my truck was a money-losing proposition for the shop, they always looked like they wished I hadn’t pulled in … lol … b/c the 4WD truck inspection required removing front brake drums to inspect brake shoe wear, lots of work b/c of the free-running hubs and wheel-bearing involvement. Here in Calif there are no safety inspections at all. In Calif the focus is on emissions. Emissions, emissions, all the time; but inspecting for vehicle safety? Safety is of less concern apparently.

I guess I just don’t see the sense in it. In 1966 South Dakota of all places had safety inspections. I don’t think they do anymore. I was told that they found a significant number of problems even with brand new car. Mostly exhaust leaks. I dunno, who knows? I was told that by the same girl that told me they don’t ticket out of state cars downtown. The fine was only 50 cents though. Couple gallons of gas.

50 cents though. Couple gallons of gas.

I’ve been watching the early 70’s tv show “Streets of San Francisco” of late. Lots of street scenes, signs at gas stations, the gasoline prices then 27 cents per gallon … lol …