Me and a friend were exploring the woods today, and we found what looks to be a jeep the middle of the woods. (Photos attached) It looks like a Jeep, but after some research I can only find some that are similar, but not the same. Do any of y’all more experienced Car enthusiasts know what the make and model

Appreciate any help, thanks a bunch! 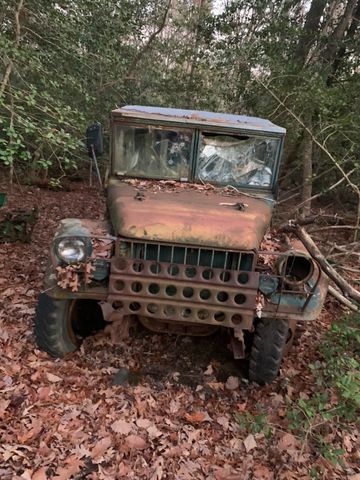 Hmmm, that’s what I was thinking a Military Jeep, but I dunno. I Thought it was a slightly modified 1940s Military use Jeep, while it was similar, it wasn’t the same. 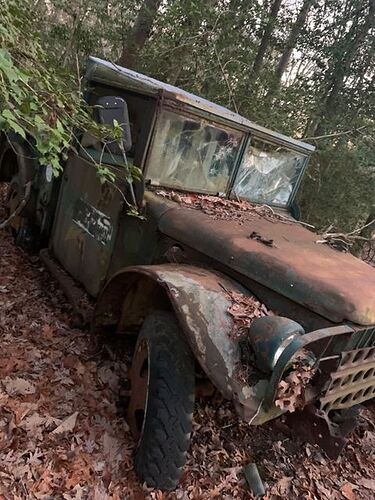 Looks like a Dodge M37 missing the front bumper. 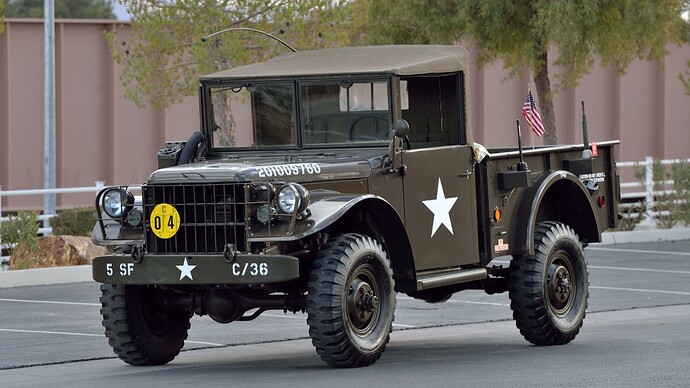 Possibly, most of the front end looks similar to me.

Not a Jeep but a military truck. Don’t know any more but there are military truck sites that could ID it better. Suspect there might have been several manufacturers. Got to be some numbers and engine info somewhere on it.