Fan clutch stays on when AC is running 2001 GMC Sonoma

Hi my fan clutch turns on when ever I run the AC.
It happens weather it’s hot or cold outside.
It will stay on till I turn it off and let it rest and will often still be engaged when I restart it the next day.
The fan runs on high. It bogs down my engine bad.
So far all I have done was topped off the E 134.
Im petty sure the clutch fan works.
The car was salvaged. I’ve wondered if the fan might not be able to handle the AC running. (I’ve seen some for sale that say their not meant for engines running AC).
The bottom of the radiator shroud has fallen apart. Could that be the cause?
Any ideas would be really appreciated.
I’m in northern California and it’s damn hot here. Thanks!

Try spinning the fan by hand when the engine is cold.

If the fan doesn’t spin, the fan clutch is locked up and needs to be replaced.

it spins freely. The first couple attempts at spinning didn’t spin it much. After that it seemed to loosen up and spin more freely/ longer

The fan should spin freely right away.

I had it checked out. Pretty sure the clutch fan is fine.

You’re talking in circles here. First you say the fan clutch stays engaged all the time and then you say you had it checked out and it’s fine?

The fan will always turn some, just more so when the clutch is engaged. If you’re really concerned, you could convert to electric fan(s), but that’s $$$.

It stays engaged when I use the air conditioning. The rest of the time it works just as it should. My truck never overheats.

Oh, is this an electric fan? They typically run whenever the a/c is on, so it sounds like it’s doing what it’s supposed to do.

It stays engage whenever the AC is on. It’s really loud, I loose a lot of power and I’m pretty sure my gas millage goes way down. There is no way what is happening is normal.

No it’s stock not electric. 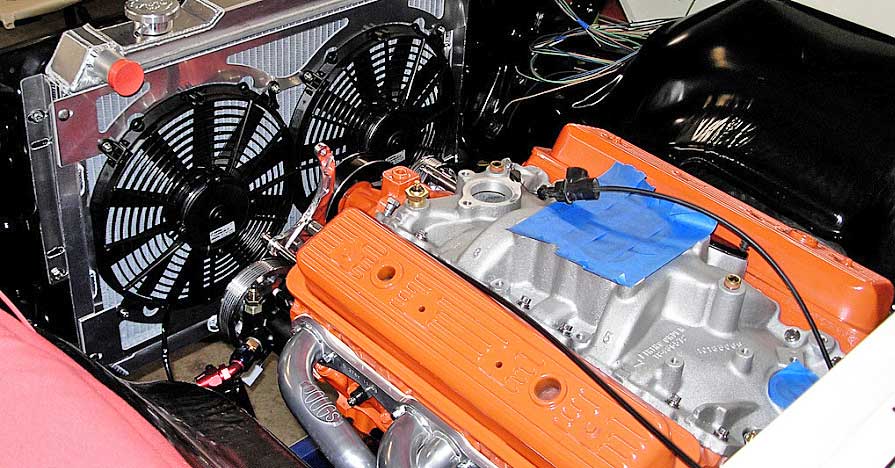 It's critical to repair or replace a broken car radiator fan before it does damage to your vehicle. Here are three ways to find out what's wrong.

But if it’s not locking up when the a/c is off, then it’s ok, right?

I would think so… I’m loosing so much power though and it sounds like a tow truck.

If it’s sounding different, then it wouldn’t be that much work and cost to replace it.