I resently had a discussion with a friend regarding the Prius Hybrid braking system. I expressed a mistrust in having a computer between the master cylinder and the caliper(s). I can see the rational for such a system on a hybrid. He said that there are nonhybrid vehicle models that use the same concept i.e. the driver steps on the brake pedal; the Brake Pedal Position sensor inputs to the brake controller; and the brake/ABS power module applies pressure to the calipers as appropriate.

I can see the applicablity of having a computer module constantly handling the Antilock Brake System; the Vehicle Stability Control; the collision avoidance; the vehicle separation; service braking; etc. As a result, the driver’s brake pedal would be another input to the Vehcile Control Module. If this is the case can you give me a specific manufacturer and model to which to direct my research.

I resent that recent discussion too. I saw the youtube on that self-parking car that then proceeded to run over the reporter at high speed. Like the robots revolt. I suspect auto braking is where we are all heading though with the advent of distracted or asleep drivers. At any rate, trying to figure out who makes what systems for what cars seems to be a highly guarded secret. Once in a while you’d find a name on a part but not often.

Fly-by-wire is already happening and is going to continue to happen as we move forward. It’s already been in place for a very long time in commercial aviation. The fact that new airplanes are not falling out of the sky at alarming rates points to the idea that fly-by-wire can be and is safe when properly implemented.

When you get right down to it, properly designed electronics that are not exposed to catastrophic adverse conditions will outlast, with zero maintenance, any mechanical system.

The cars my folks were driving back then were in the scrap heap since long before I got to high school. The cars I was driving in high school when the Voyagers were already almost 20 years old also went to the scrap heap.

Cars made after I graduated from college are in the scrap heap.

New vehicle powertrain warranties that last 10 years are considered pretty amazing even today. The Voyager probes didn’t have a warranty because once they launched, there was no way to go out and fix them. They’ve survived 39 years in an environment that would destroy a car in 39 days.

The main problem with fly-by-wire has not been reliability, but the computers controlling the system. They’re pretty fantastic these days. Very few if any automotive accidents can be traced to a computer error. Far more can be traced to driver error or a poorly maintained mechanical system. The fear of fly-by-wire is largely misplaced.

Yeah, but Voyager cost a lot more than the cars did. It was designed to last until it hit the edge of the solar system, and then some. Simplicity, redundancy, and a lot of testing. The testing is what made it cost a lot.

I’m unaware of any vehicle currently using fly-by-wire braking, but my lack of familiarity doesn’t mean it isn’t happening. I get antsy enough knowing that ABS and stability control systems actively interfere with the braking systems. I’m not sure I could handle having the hydraulic link totally replaced by electronics. Is my fear rational? Perhaps not. But give me good old fashioned straightforward reliable hydraulic systems any time.

I think that Ford didn’t adopt hydraulic brakes until 1939.

4 wheel hydraulic brakes stopped a car "too fast" (whatever that means...)

@VDCdriver Pre-jet/space era, there were some funny notions running around regarding how much speed/acceleration a human could withstand before succumbing. The estimates were usually laughably low – in one famous earlier example when steam locomotives were starting to appear it was feared that 50mph was entirely too fast for humans, and that, I kid you not, womens’ uteruses would fly out of their bodies from the acceleration.

Irrational fears of new technology are quite commonplace - yours was a great example of history repeating itself with braking systems.

Yeah, but Voyager cost a lot more than the cars did.

The majority of Voyager’s cost can be discounted for the purposes of this argument because the majority cost of any space mission is building and flying the rocket that gets it there. For example, the Mars Curiosity Rover cost 700 million to build, and an additional 1.8 billion was spent to get it to Mars.

Assuming a similar percentage (which is generous since Voyager didn’t have to be designed to actually drive around on a planet and would therefore be cheaper, and which is also generous because a lot of the $900m cost of the Voyager program has been over the last 30+ years paying the salaries/benefits of the people involved with monitoring the probe), Voyager only cost 126 million a piece to build.

According to Forbes, a new car can consume 6 billion in research dollars to build.

So, really, Voyager was pretty cheap, and the electronics technology in it is no more durable than electronics here with the exception of being hardened against space-specific hazards that are not an issue here on Earth.

I didn’t realize the Prius had such a different system, but it does. More info here: 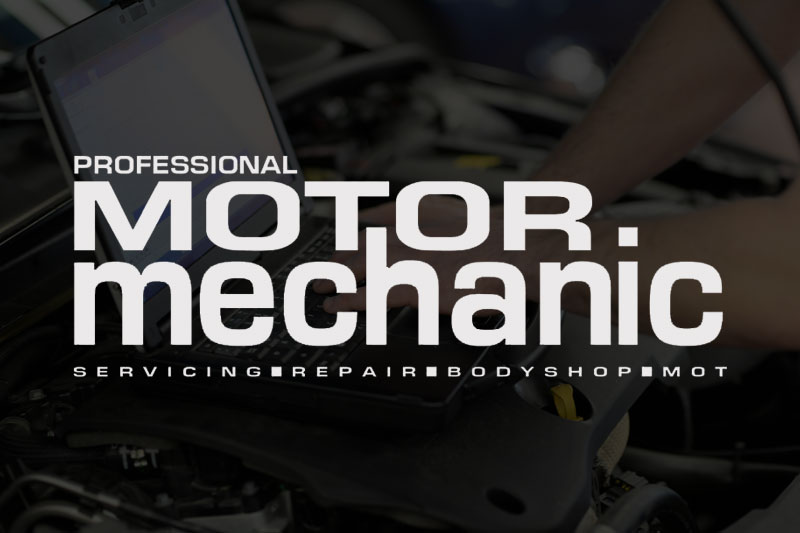 Blue Print has been delivering technical courses on Hybrid vehicles for two years; the emphasis of the course being on service and repair, as well as the inevitable safety issues. As always, to diagno


It’s needed to coordinate between the regenerative braking of the hybrid and the hydraulic brakes. Given that it’s been in place for more than 10 years, with few apparent issues, it sounds like the system works.
MikeInNH July 18, 2016, 4:59pm #9

I didn't realize the Prius had such a different system, but it does.

Every hybrid I know of has a regenerative braking system to recharge the hybrid battery. It transfers the kinetic energy of the wheels to recharge the battery…thus braking the vehicle.

I know they have regenerative systems (like mine does). I didn’t know the Prius has a complex system to control the hydraulic side of the system. See the link.

LOL, I knew these responses would come, especially VDC’s. I tip my hat to you all.

The introductions of technologies that interfere with the braking system to try to accomplish things like total control still bother me. Every component added in between the pedal and the calipers comes with a tradeoff, and adds another possible failure mode, and my experience with tradeoffs and added componentry hasn’t always been positive.

Another thing about these new technologies that bothers me is that those with a financial interest in their success are very skilled at getting them statutorily mandated. Manufacturers claim that $5,000 of the cost of any new car is there to satisfy statutory mandates. IMHO any more will make the mandate counterproductive by making new cars less affordable, leaving more people driving beaters. I know I’ve made and we’ve debated this point before, but it’s no less relevant to this thread.

With that much hydraulic complexity, I’m surprised that the system is not totally electric/electronic. I suspect it will be sometime in the future.

Bill, I suspect that the continued addition of new systems that use the braking system to accomplish safety goals will ultimately result in D.O.T. standards being changed to accommodate all-electronic braking systems.

Another motivator might be the continued quest for greater fuel economy. Every ounce matters now, and I’d be surprised if all electronic systems could not be made lighter than hydraulic systems.

So the DOT standards now require a hydraulic system?

I’m not certain, but I suspect it’s inherent in the overall requirement for a dual-diagonal brake system. The actual requirements are probably not succinct. My own experience with government regulatory requirements, and I’ve had a great deal, is that they aren’t simple and direct.

@researcher Mercedes Benz was one of the first manufacturers to use "brake-by-wire’ systems in the early 2000’s. The brake pedal was just a sensor attached to a “pedal feel emulator” to give a fake brake pedal feel. I haven’t worked in the industry for a while but I’d guess some of the cars with automatic emergency stopping systems use similar systems.

As for hybrids, “brake-by-wire” systems allow the brake pedal to feel exactly the same no matter is the fully charged battery can’t accept more regen braking (so the foot brake applies more) or a depleted battery can allow nearly all the braking to be regened (very little foot braking). GM did this very, very well on their EV-1 electric vehicle back in the 90’s.

All braking systems must have a manual hydraulic system that can stop the vehicle if the brake electronics fail. The pedal-feel-emulator is still an actual master cylinder. The parking brake (e-brake) is not enough. NHTSA mandates this but fear of lawsuits would force it anyway.

I’ve seen too many older rustbuckets have electrical gremlins that pop up when the “chassis ground” system is old and rusty. They tend to fail in unique, and somewhat unforeseeable ways. I also know how poorly some older cars are maintained.

Putting 1 and 1 together, I cannot support the use of “mission-critical” electronics in chassis-ground vehicles without some guarantee that the system will ALWAYS fail-safe to a mechanical backup at the slightest sign of difficulty.

@shadowfax, the R&D costs for automobiles is amortized over millions of vehicles. The costs associated with any space vehicle are typically amortized over just one. The typical expendable launch vehicle costs about a half a billion dollars for 3 minutes of use, but I didn’t think it was necessary to bring it up to illustrate the high cost of just the satellite.

The high cost of moving a spacecraft from Earth to Mars is essentially the cost to operate the mission operations center and associated remote communications antennas. The remainder of the cost is already spent.

all electronic systems could not be made lighter than hydraulic systems

I used to have this discussion with my co-workers, @the same mountainbike. They wanted full brake-by-wire in the worst way. The electronics to control it were light and cheap. Lighter than the ABS modulator. But you didn’t use the free work done by the human pushing the brake.

The parts that took the place of the calipers were very heavy and complicated…Motors with ball-screw actuators. Electric motors are made from iron cores with copper windings and sometimes magnets (sintered iron). That stuff at the wheels are heavier than aluminum calipers and iron brackets.

I used to joke (half seriously) that they needed magnetic aluminum!

Interestingly, the Tesla S has no connection between the brake pedal and the regenerative braking.