I have a 06 Envoy Denali 5.3. She has a crank, no start issue. We have spark, I hear the fuel pump engage when turning the key to on position however there is no fuel getting to the engine. Zero fuel pressure at fuel rail. So it leads me to believe a clogged fuel filter could be a culprit. I am seeing that certain models have the filter and others don’t does anyone know? Getting some jack stands later to check. Hoping I can find one.

There is a filter, but it is part of the fuel sender assembly in the tank.

Thanks for the quick reply. Do you know if the assembly with the sensor and filter comes as one part together in the pump or are they seperate?

I don’t believe the pump or filter or regulator are sold separately. It’s all one module. 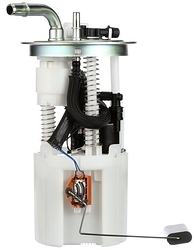 One thing that is available separately is the fuel level sender.

Awesome. Thanks for your help. Do you think a fuel level sender could cause a no start? Wouldnt it just make the fuel gauge not work?

Do you think a fuel level sender could cause a no start?

No. The fuel level sender would have nothing to do with the engine not running, unless it makes you think there is fuel in the tank when there isn’t.

So, today we checked the rail as we were getting ready to drop the tank and there was some fuel pressure! We charged the battery and she started up! However she is running rough. Lots of knocking and hear some misfires. We barely got her over to autozone to get a diagnostic. Here are the codes it is throwing:

Autozone reccomended cleaning the fuel injectors. Seems like there is too much going on for it to just be that.

2nd one seems to be crank shaft sensor, 3rd one is a mass air flow error (From what I saw) so im wondering if the knocking is a bad crank shaft sensor? Also, she was shifting rough. Large jerk and thump noise when changing gears.

so im wondering if the knocking is a bad crank shaft sensor?

Thanks. Its not just a stutter though its a loud knock we are hearing that was not there before. It sounds like more than a misfire. Can a bad sensor cause that?

Knocking (also knock, detonation, spark knock, pinging or pinking) in spark ignition internal combustion engines occurs when combustion of some of the air/fuel mixture in the cylinder does not result from propagation of the flame front ignited by the spark plug, but one or more pockets of air/fuel mixture explode outside the envelope of the normal combustion front. The fuel-air charge is meant to be ignited by the spark plug only, and at a precise point in the piston's stroke. Knock occurs when ...

Thanks for the info. So you don’t think the sensor can cause the knock? You think it is something else?

The P0016 code suggests that the crank and cam sensor signals are out of sync. This could be caused by faulty sensor(s), or by something more ominous, such as a stretched or skipped timing chain. Bad sensors or valve timing issues could also cause misfires (P0300). If it is a valve timing problem, worst case scenario is that the loud knocking sound(s) could be the pistons hitting valves. Does the noise sound like a hard metallic knock, and/or does the knock frequency change with engine speed? 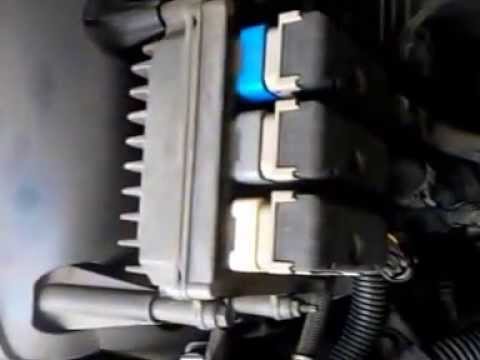 It sounds just like this person’s trailblazer in this video.

That doesn’t sound like it would be the worst case scenario I mentioned above.

Did you read through the comments for this video? The poster claimed it was caused by a transmission problem, but I’m not too sure of that. A few other possibilities were suggested by commenters, including an engine lubrication issue, a rod bearing knock, or a cracked flexplate. The commenter claiming the oiling issue said an oil additive fixed the problem.

No way to tell exactly what it is from here. You’ll have to try to pinpoint more where the sound is coming from.

Camshaft position sensors are a fairly common problem on the trailvoy platform. Look for signs of oil in the connector end.

I did read through and see the transmission comments. I hope that is not what it is. Im going to replace both crank and cam sensors, if that doesnt fix it then Ill have to come up with a new game plan. The knock is coming from the driver side of the engine bay. Hard to tell exactly where.

and there was some fuel pressure!

Some but did you measure it? Especially since you had none and then suddenly started working. Until you know you have pressure in spec, chasing other demons seems premature…

No, I have to get a gauge to read the fuel pressure. We were finding the cam and crank sensor locations today, I took some videos while we were out there. So you guys can hear the knock first hand. 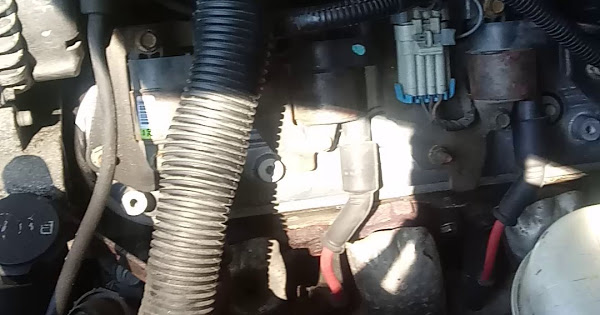 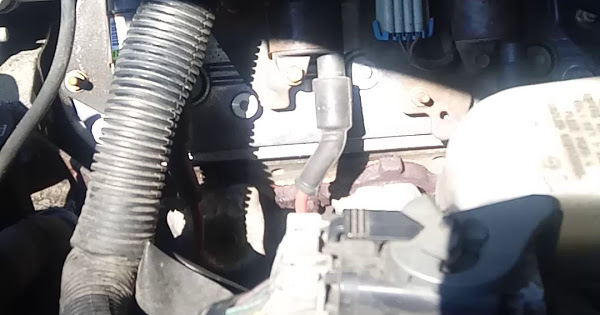 The second video we revved the engine and the tick does seem to increase with the RPMs.