1999 toyota Celica GT 2.2L automatic. I need to replace my timing belt and cannot get this bolt off. How do I get it off? Does it turn counterclockwise or clockwise?

Its CCW, lefty loosy. I made a tool for this at home using a 1x4 about a foot and a half long. At one end, I drilled a hole just large enough to fit the socket through, then drilled two holes on each side for the 8x1.5 mm bolts about 40mm long that go through the 1x4 and into the two holes in the crank pulley. I cut down the 1x4 on the other end to make a crude handle.

Bolt the 1x4 to the pulley and hold the pulley steady as you turn the socket and extension with a breaker bar. The same tool holds the pulley when you go to torque the bolt back in place.

Edit: buy extra bolts because you will probably bend the bolts when loosening the crank bolt and won’t be able to reuse them for torquing the bolt when you put it back on.

I used the bump starter method ( long breaker bar resting on the ground) to break the bolt loose and I made a tool out of a plumbing flange to hold the HB when I tightened the bolt.

The Bump Starter method only works when it CAN work… You need to determine the rotation of the engine first…and then extrapolate if the starter bump will work… I dont think I would rec a starter bump loosening technique to a young lady.

I am going to quickly see if there is a Tool available specifically for this engine…A LA…Honda engines… I bought the tool long ago that holds the Harmonic Damper nice n still so that you can loosen or tighten the Crank nose bolt. Remember…that Main Bolt usually has about 150-175 Ft Lbs of torque on it… Thats pretty tight… While I have used the Starter Bump to loosen countless Main Pulley bolts… I think that sort of thing should be left to the guys that know what is going on…you can easily get hurt…hurt someone else…or at least scare the Sh*& out of someone while doing a Start Bump loosen job… Not something I would have a pretty young lady do right off the bat.

There should be a Toyota tool for this… or some other way to loosen this bolt… Im sure she doesnt have Air Tools…so… We need to go about this the proper way…for this lady.

she has an impact gun, I don t know if she used it. now that I think about it, my radiator was removed when I did the timing chain on my truck…

Lodging something into the flywheel or ring gear teeth is another way to lock the crank to loosen the crankshaft bolt. It’s often easy to access though the access plate opening, else the starter needs to be removed. Adds a little time, but it’s effective.

@Honda Blackbird, She asked about a Toyota which is what I have. Amazon sells a universal tool to hold the crank but it is about $60. As far as the OP being female, my sister served in the military and worked on Helicopters. The OP’s gender shouldn’t dictate what tools she uses or repairs she does.

To remove the crank bolt, remove one of the spark plugs.

Turn the crankshaft so that piston is at the bottom of the cylinder.

Take some nylon rope and insert it into the cylinder thru the spark plug hole until the cylinder is full of the rope.

Now when you go to remove the crank bolt, the rope in the cylinder will compress and prevent the engine from rotating.

I’ve used this method for years and it works every time.

I see we have two separate posts going on the same subject.

I’d just remove the inspection cover mentioned in the other post and use a wooden wedge to lock the crank shaft.

Without knowing the experience of the poster, I’d be afraid someone may get hurt with the bump starter method.

Nobody mentioned, to be sure to have everyone clear of that wrench when you bump start. If you don’t have it right, it would be easy to get a broken arm.

I know your method works . . . but I’d personally not recommend it to a DIY person, who may be a novice

No disrpespect intended to you, or anybody who uses that method

I still think a professional level 1/2" drive air impact wrench will bust that bolt off . . . without counterholding the crank

I also didn’t mention Craftsman, because I’m not sure they even make their own air tools

This is a lot cheaper than any other options mentioned.

You’re making the assumption that the OP has a GOOD compressor with a GOOD impact gun.

If this isn’t the case, why not just use a $5.00 length of nylon rope to prevent the engine from turning while removing the bolt with a breaker bar?

I think the cheapest method is to use that professional level top of the line 1/2" drive air impact . . . without any counterholding device

I’m assuming OP’s impact tool does not fit that description . . . unless I hear otherwise

Then I go over to help them, with my own air impact wrench, and I bust it off, and then leave

Let me clarify why that would be the cheapest method . . .

Because if you are using that tool I mentioned, there are many things you can bust off, that you wouldn’t even be able to, using a weaker tool, and without any counterholding tools

And I’ll beat you other guys to it . . . I fully well realize that in some situations, a counterholding method is required, if you want to torque something to spec, for example

But this discussion is primarily about removing a bolt

It comes down to power, not finesse, as far as removing that bolt goes

@keith , I was going to make a wooden tool like yours but a member on ToyotaNation had the pics for making the tool I use when it is time to re-torque the bolt. I already had a plumbing flange and a large pipe wrench to hold it.
BTK

Here’s the impact gun I use. 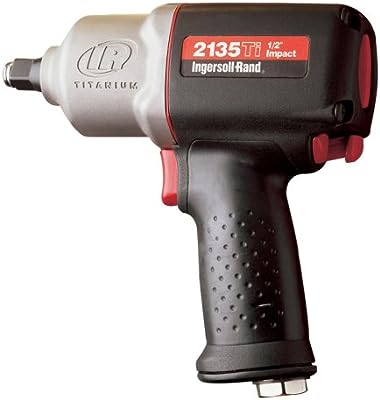 From the Manufacturer Titanium means this tool will stand up under the toughest environments (they even dragged it behind a car just to be sure). The Titanium 2135Ti delivers 1,000 ft.-lbs. of Nut Bus ...

Turn the crankshaft so that piston is at the bottom of the cylinder.

I’d say just before the compression stroke would be safest re: not bending any valves.

I like the rope trick, a good impact gun and the using the starter (the starter works on a Toyota), all those are good for removing the bolt, not so much for torquing it back. I haven’t seen BillyTheKid’s tool, but I’m all for the cheap homemade tool for a one time job.

Here’s the impact gun I use. 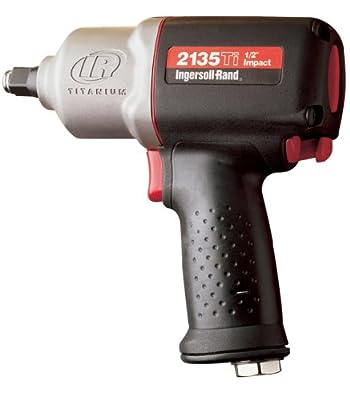 From the Manufacturer Titanium means this tool will stand up under the toughest environments (they even dragged it behind a car just to be sure). The Titanium 2135Ti delivers 1,000 ft.-lbs. of Nut Bus ...

Yup. That’s the same impact I use, and when it gives up I will replace it with the current version. No questions asked and regardless of price. It’s simply the best out there.

But I can certainly see why a DIY working in the driveway wouldn’t want to buy air tools like this and outfit herself with a compressor and accessories.