Broken bolt in the Crankshaft

Ok, here it goes. I was changing the timing belt on a 2005 PT Cruiser. Everything went good until I tried re-installing the harmonic balancer. No one in town carried the tool to reinstall the thing, so I ordered a tool from Amazon. I was installing the balancer, had a box end wrench just holding the bolt that screwed into the crankshaft and an adjustable wrench turning the bearing nut to push the pulley back on. I got the pulley down where the balancer and crankshaft started turning, so I held the box end wrench steady as I snugged the bearing to make sure it had bottomed out when the bolt broke down in the crankshaft. Now, this bolt had threads at the top to turn the bearing, a shaft, and then about half inch but no more than 3/4 inch of thread at the bottom to thread into the crank and a long shoulder in between. The bolt broke at the bottom where the threaded part started. And, to make things worse, it turns out the bolt is made of pewter and is about 3-4 inches in the crank. I tried to feel for threads with the crank bolt itself, and t appears to be where the crank threads start. There appears to be abut 1/2 - 3/4 of an inch of space on the other end of the broken bolt. Anyone have any ideas/suggestions to get this thing out? I have considered drilling the center out progressively bigger until I could get something in there to back the bolt out, and I am not sure I could get a bolt extractor down in the hole and then turn the thing to back it out. Any ideas/suggestions would be greatly appreciated.

Drill it out until you get to where you can see threads then run a tap in there and things will be back to normal.

Can you remove the balancer again to see if any part of the broken off bolt can be grabbed onto so it can be removed?

" And, to make things worse, it turns out the bolt is made of pewter and is about 3-4 inches in the crank."

If you have room to get a drill on the bolt, get some reverse twist bits and drill it out. The reverse spin sometimes will drive the bolt out.

It surely is not pewter.

I replaced my mom’s timing belt and cannot picture any bolt like the one you describe on that car, and I didn’t need any special tool for the harmonic balancer. I’ll have to look at the book when I get to the shop.

I’d pull the harmonic balancer back off and see if there is something that you can get a purchase on, or if it needs to be drilled out.

While I am not familiar with that particular engine I do have a set of tools for pressing harmonic balancers onto crankshafts. 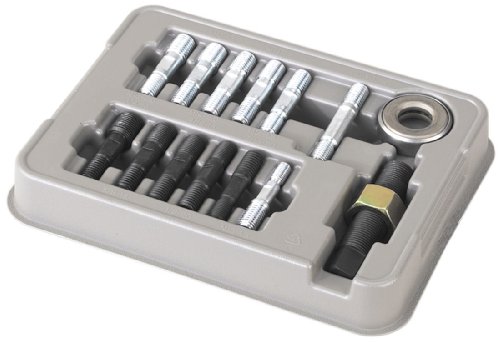 Is this what you are dealing with @redneck? 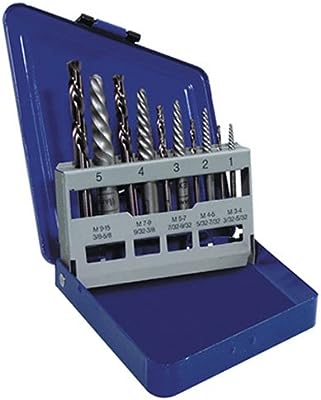 LEFT hand drill bits with easy-outs. The left-hand bits will actually try to un-screw the broken bolt out of the crankshaft as you are working to drill the center of the bolt. They also sell cobalt drill bits that may work a little better. Good luck!

Thanks @rod knox now I understand what he was using.

I didn’t need one on my mom’s car. Just started it with a longer bolt then swapped that for the factory one once it was 3/4 on.

I agree with you, Caddyman, but after it broke, I looked at the bolt in my hand and saw pewter. Redknox, I used this one, and it was because I couldn’t find any other one. The typical installers would not work at my parts stores. http://www.amazon.com/gp/product/B00BCQF47K/ref=oh_aui_detailpage_o00_s00?ie=UTF8&psc=1. Mustangman, I just purchased something like that last night, and if the rain will stop here in Texas, I am going to attempt it. Tester, the bolt in down in the crankshaft, and to remove the harmonic balancer, I would need to remove the bolt to use the tool to get the balancer off. Thanks everyone for the posts. Hopefully I will get to try drilling it out tomorrow if the rain stops.

Is the broken bolt attracted to a magnet? Fractured steel can have a greyish “pewter” look to it.

Maybe gonna need a right angle drill to get in there. Can’t believe that bolt would be in there that tight. Too bad you couldn’t use a wire welder and tack a smaller bolt to it without wrecking the threads. Is this a case where a dab of JB Weld with a smaller bolt and careful not to get it on the crack, but let it sit over night and easy does it, turn the bolt out?

You are correct, insightful. I took my magnetic pick up tool and the bolt was attracted to the magnet, so I guess it was metal after all.

If the bolt broke due to bottoming out it will be difficult to get it free. It might be worthwhile to have a well equipped machine shop get the bolt out and save the crankshaft. A drill that runs off center and into the crankshaft threads could destroy it.

Can’t you use the puller with a shorter rod to press against the broken bolt to pull the balancer?

Step one, use a center punch to mark and indent the center of the broken bolt…Use new, hight quality drills, left hand twist if you can find them…You will need two drills, a small one to drill the pilot hole then one that fits the screw extractor…If the bolt snapped off because it was bottomed in the hole, this could turn into a nightmare…Use a large extractor and whatever you do, don’t snap it off…Good Luck…

OP , are you going to have problems with the crankshaft turning while trying to remove the broken bolt? If that’s the case, suggest to wait until you have secured the proper tool to hold the crankshaft in place before attempting this further.

When I had to remove & replace the HB from my Corolla’s crankshaft, I made my own pin tool out of a piece of 3/4 inch plywood. I screwed in some bolts that fit a couple of holes in the HB. I presume those holes are there just so you have a way to hold it still while turning the bolt. I think Harbor Freight sells a pin tool similar to the one I made, only it is more adjustable. Might try looking at what HF stocks too.

Removing broken bolts: I have best luck if I use a special tool that goes into the drill that sort of grinds a concave indentation in the center of the bolt. That way when I drill on the bolt, the drill starts close to the center line of the bolt rather than walking around all over the place. I forget what that tool is called, but it comes with the bolt extractors usually. It sort of looks like a pinion gear, like a tiny pineapple kind of.

BTW, what might be the most excellent advice given already, don’t hesitate to give this problem to your local auto-machine shop. You could save a good deal of money doing it that way, should you for example damage the crankshaft doing it yourself.

I agree that calling in the machine shop may be the best idea all around. If you start to drill off center, or break off an extractor, drill bit, etc., it’s only going to get more frustrating. And more expensive, in the end

If nothing else, the machine shop will have the proper tools, experience . . . and perhaps most important of all . . . patience and a steady hand

SUCCESS!!! I got a drill bit, just pushed it hard enough to make contact, and the piece back out to the end of the threads. Used my telescopic magnetic tool, barely got it in the hole and it sucked right up to it. Thanks for all of the suggestions.

If I were you, I’d chase the threads, just to be 100% sure you won’t have any problems, when reinstalling the balancer