Condensation in the headlight

2013 Ford Taurus drivers side head light condensation. The head light is expensive and I believe the whole front bumper area must be removed to access one screw. The right rear fender tail light on this car also condensates and is about $700 US but is easy to change.

There’s a rubber vent tube on the back of the headlight assembly that prevents condensation from forming inside the headlight. 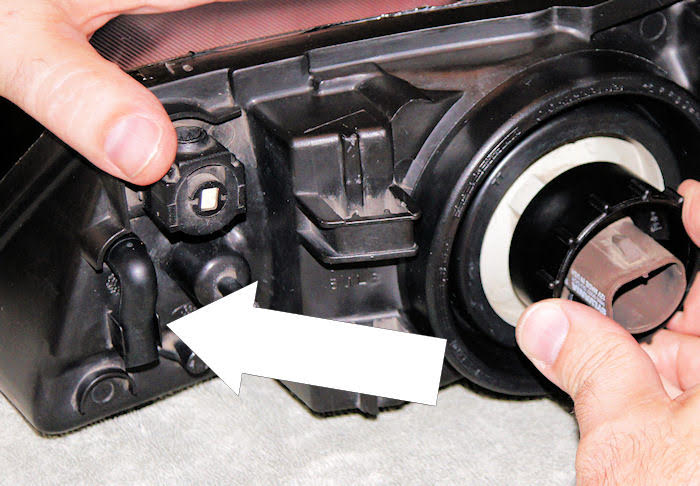 For the tail light, again, make sure the vent isn’t plugged. 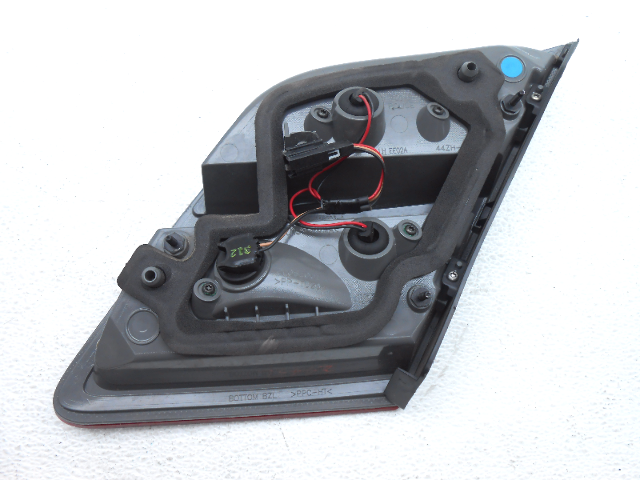 Thank you I will check this. Barry Brown

I had this same problem with my Lincolns. I finally installed a 1/4" barb in the bottom of each one and ran vacuum lines to the air filter box; upstream of the filter. That cured that.

I had this same problem with my Lincolns. I finally installed a 1/4" barb in the bottom of each one and ran vacuum lines to the air filter box; upstream of the filter. That cured that.

At one point I thought to run some clear plastic tubes there and attach to half-deflated rubber balloon to make sure air will stay the same. Getting it to the vacuum port… Wow, that a great idea!

I did have some silent choice words for the Ford engineers who dreamed up the headlamp retention clips. They’re spring steel, oddly shaped, hard to get to and half of them take off like a bullet when they come loose.

On my next trip to PullAPart they had 2 Lincoln Marks there so I snagged the clips off of them; or at least the ones that didn’t go flying across the fence onto the railroad tracks. Poor engineering.

Seven hundred dollars! Is this a dealer parts dept?
Unless it is cracked, the answer has already been given.
However, in case someone else is looking at this later, you can buy a brand new housing for around $120 and it takes literally minutes to replace. You could buy a used one for around $65 if you’re budget conscious and willing to take a small risk in having to return it if it doesn’t work out. For a 2013 car, you could even go to a local recycling yard and buy one. There must be tons of them out there…

A coworker has a Land Rover that had a rear housing broken in the lot. The dealer gave an estimate around $1000 to replace it. Yikes! I pointed her to Ebay and she bought a used one for $87. I installed it in 5 minutes and looks like new.

The right rear fender light on this car is a sealed LED you cannot even change a bulb. The lens is cracked but the light was condensating before the crack. I have had the light out that takes about 5 minutes. But every thing I have checked on line is about $700 in Canadian money. The light in the trunk lid is about $120. The light still works so I glued the lens and will use it until it fails. Thanks for your input. Barry Brown

I have been looking but cannot find the vent tube. I have drilled 2 small holes in the lens and this is helping. Before I drilled the holes there was so much condensation that I had one terminal corrode off of a $40 Sylvania high out put bulb. My wife has a 2013 Focus and it has twice the headlight beam as the Taurus. But the Focus does not have projector lights. Thanks Barry Brown

Seven hundred dollars! Is this a dealer parts dept?

I had a similar problem with a Dodge… not sure if it’ll work for you.

If you don’t want to pull the unit, you can sometimes work a small diameter piece of insulated wire up the vent. While there, check the headlight seal (around the light socket) is in good condition… and see if there are any noticeable cracks in the lens body.

For the tail light, if it’s not cracked, it may simply need a new gasket at the lens/body edge. A blow drier (medium heat) can help dry out the lenses. If cracked, a dab of clear silicone bathtub caulk can be used for repair.

My favorite is following a car with the lens half filled with water… wondering when water will blow the tail light.

Hi again. Thanks for the reply and pictures. The head light assembly on my 2013 looks different and much larger the picture shown. The bulb and wires on my light are contained inside the light assembly with a rubber cap about 3`` in diameter covering the whole area. I still have not been able to find the vent tube on my light. The tail iight picture is also different on my car as my assembly also looks larger and there is only a plug in the back of the unit, no wires showing or even an area where a bulb might be. Thanks again for your help. Barry