I have written in the past about my goal as a driver, to have zero close calls, because close calls mean an eventual major wreck. And, when I started driving in Mexico I again had a lot of close calls, but slowly the close calls went away.

Here is a really good technical article about the hazards of close calls. Yes, it refers to the space shuttle, and how ignoring close calls resulted in the loss of a space shuttle. It also refers to close calls in commercial aviation, and in a chemical company.

The technical explanation of the relationship between close calls and disasters is what I think is relevant to close calls in driving. 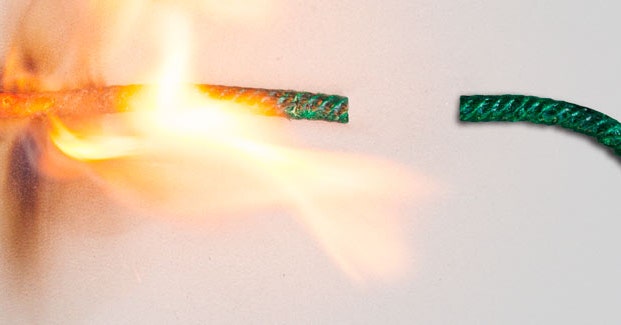 Close Calls Are Near Disasters, Not Lucky Breaks

Ben Paynter on why near misses aren’t successes, but indicators of near failure.

“According to the Process Improvement Institute, a risk analysis firm, across many industries there are between 50 and 100 near misses recorded per serious accident, and about 10,000 smaller errors occur during that time.”

The key clause in that sentence is, “…Across many industries…”

The problem is that you can’t predict life. You will sometimes have close calls, even if it isn’t remotely your fault, you’re doing all you can to drive defensively, anticipate potential hazards, and eat plenty of fiber. You can’t be vigilant all the time, and as most people have learned, sh** happens. You can reduce the likelihood of problems by not driving like a madman all the time, but you can never eliminate it entirely. In fact, life seems to be biased in such a way that when you focus hard on something like this, it almost seems to make fun of you by sending more problems your way, at least IMHO. In other words, whatever you fear most, you seem to draw to you.

Certainly be aware and alert, but don’t make a life study out of accident avoidance.

The encouraging point (and that of defensive driving) is that usually it takes two or more points of failure at the same time for an accident to happen. That lowers the odds considerably. You or another driver misses a stop sign but your or the other driver was paying attention, going slow enough, etc.etc. and accident is avoided.

I took drivers training, defensive driving, etc. etc. but actually I thought one of the best films was the one in Army basic training on defensive driving. Talked about keeping the clear zone in front, on the sides, and in back. Its been about 40 years but still remember it and think about it, and haven’t been killed in a car yet.

I agree that reducing close calls reduces accidents. I follow at a reasonable distance and don’t weave all over the road. I’m constantly amazed at the high speed high jinx on I-95 that don’t result in accidents. But I’m sure that those same people will have an accident some time because of their poor driving skills.

There are more than one study on the subject above, and each study seems to come up with different ratios, but the message is the same, if you ignore a hazard long enough, someone will get hurt. A common example is that if a broom is laying across an isle, most people will step over it, but eventually some will stumble and ultimately, someone will trip and fall. Remove the broom and no one gets hurt.

You can of course put up a sign warning people that there is a broom across the isle and then more people will be aware so fewer people will get hurt, but the hazard is still there and some one will eventually trip, even if the sign has flashing lights on it. That is often the way road hazards are addressed. Flashing signs do help, but eventually people get hurt. The only way to be sure no one gets hurt is to remove the hazard, but that is not always possible.

irlandes, you are on the right track for your own safety. Be aware of your surroundings, identify the hazards and take measures to protect yourself from them. You can remove hazards that are in your control, like insuring that your vehicle is properly maintained and that you employ all of its safety features. Unfortunately in life, there is the random hazard that you don’t see coming and can’t protect yourself from, but avoiding those that you can increases your odds of making it safely through the day greatly increases your odds.

I can personally see why this is true.
Teaching my daughter about driving is in itself a conundrum of ‘‘do as I say. not as I do’’ and realizing that is an eye opener about my driving.
I tend to push the envelope exactly as youall speak and…one of these days…!
Yes I understand the gamble here when timing the cross traffic or lights etc.

I’m working on it , really, especially now trying to show the daughter the ‘‘right’’ way -vs- my way.

And thinking of all this allows me to see why this statement is so true.
One develops that driving style down into habbit.
Habbit done so often as to be a constanlty occurring automatic act of ‘‘close calls’’.
Hence, the conscious mind becomes removed from the daily function of analyzing conditions eventually resulting in an ‘‘accident’’ which clearly would never have occured …if only.

Now, I’ve never had a major accident due to calculated close calls…but I can see the writing on the wall.
Thanks for the reminder guys.

You can’t see unforeseen things coming.
That’s why they are called “unforeseen”.

Drive the best you can, try to anticipate the other people’s moves. Assume everyone around is you is a knucklehead, barely capable of pointing their car - present company excluded, of course.

I would question how many “unforeseen” accidents are truly unforeseen. There is another “safety” theory called “The Last Straw”. The principle behind this theory is that an accident is not the result of just one factor, but a bunch of factors. Humans have the capability of handling a number of problems or situations at one time, but that is a limited number. When that number is exceeded by one, no matter how small, the result is an accident.

Well, I didn’t see that coming.
Then again, nobody expects the Spanish Inquisition…

Sorry RemcoW, that wasn’t personal and it was not intended to be an attack on you. I was only trying to add to the discussion. I apologize for not making that clearer.

I didn’t take it personal and was just kidding, Keith.
Was just looking for an opening to quote Monty Python.

I guess I’m getting defensive in my old age. Its been a while since I’ve seen any Monty Python skits.

We do agree, though. Just pay attention to what’s around you and anticipate what might happen. That’s why I think distracted driving is a killer; people just don’t seem to pay attention.

And a second Amen. People don;t pay attention to their driving, they don’t think ahead, and they simply don’t leave enough space around them to react.

If you want to be a good car driver, then learn how to ride a motorcycle. If you can survive riding a bike without trouble then your survival instincts may be better in place for driving a car. Urban traffic on freeways and surface streets is the best place to prove your abilities.

It surprises me to no end how people in rural areas can make stupid errors to make a crash. They have all of the opportunity to not crash but end up doing it anyhow. They pull out from a stopsign to collide with an oncoming vehicle, they go too fast in deer country and hit deer, drive too fast and then go off a road at a curve, left turn into an opposing vehicle and lastly to avoid a deer, swerve, panic and then overcorrect the steering to end up going off the road. I get a rural newspaper and can read all about it every week. Pretty much the same stuff happens again and again.

“Then again, nobody expects the Spanish Inquisition…”

Subject her to the comfy pillows, Cardinal…

Today I noticed some clown driving around with an iPAD on his dash. What is that important that can’t wait until you’re home, I wonder?
No doubt that guy had several close calls just today and probably didn’t even know it.