I had just finished working out and got in my car to go home when I noticed an unusual smell in the car, I thought nothing of it and drove home, when I got home I put the car in reverse to park the car and heard a grinding noise from the driver side wheel. Then the car stopped moving altogether, I hear the car shift but it will not move, not in drive, reverse, neutral or any of the other gears. When I put the car in drive the car attempts to move a little but then nothing, after that if I press down the gas peddle ill hear a noise coming from the driver side wheel and then the exhaust will start smoking (I’m not sure whether is water or coolant i have no idea what it is). I can’t check the trans fluid because the car is not on level ground, and im pretty sure it’s not the transmission because it doesn’t move in neutral , I had also recently changed both the transmission fluid, and filter. Before this my car would sometimes loose power and vibrate uncontrollable when slowing down and accelerating from a stop, it would also do the same when going up a hill. I was just about to replace the fuel pump before this happened. The car starts fine but it just won’t move, it is a 1995 buick park avenue, does anyone have any suggestions as to what this is.

A front wheel drive car won’t move if one of the half shafts have failed. 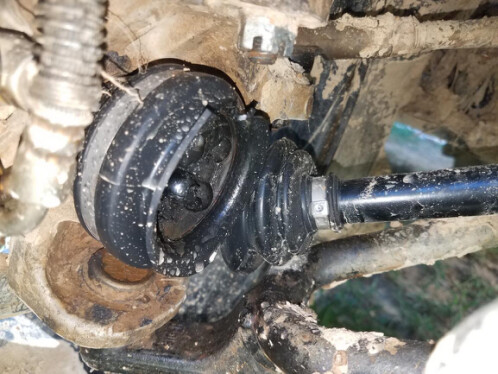 Plus 1 to Tester. Get under and take a quick look. Look for ball bearings on the driveway. Happened to me and would continue going forward until I put it in reverse then all the bearings fell out. Doesn’t explain the smell though. 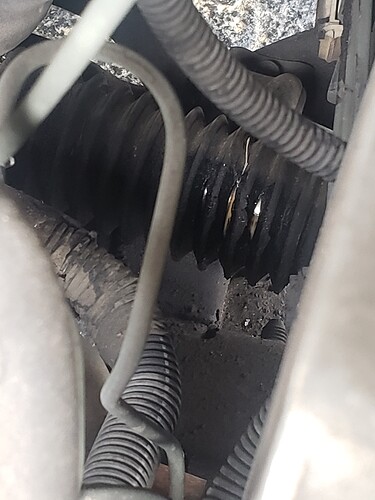 I don’t know either unless it was a rubber smell. There is also an inner joint closer to the transmission. Hope its not the transmission. Gonna have to tow it anyway so the shop will let you know after an hour or so.

20201203_102626|666x500 here are some more pictures I took, I’m just trying to make sure that I have a good idea of what the problem is before towing the car to a mechanic so I don’t get ripped off. Does anyone know why the exhaust could be smoking.

Yea but im confident its not the transmission, it doesn’t move in neutral. It has to be a problem with the front wheels, cause the back wheels aren’t locked.

That looks like a steering rack boot and it’s leaking. Yes it can cause smoke and no, replacing the boot will not fix the leak.

As for the grinding and not moving, another possibility is that the splines in one of the front hubs may be stripped out. You need to think back as to whether anyone has been into the hub assembly or replaced a CV axle in the past and maybe left the CV axle nut loose.

cause the back wheels aren’t locked.

The back wheels are not locked because they don’t have any connection to the transmission . You do know that you only have front wheel drive don’t you ?

And if you think a shop is going to overcharge then find one that you do trust. Ask relatives or friends where they have received good service.

The last pic is the CV boot and nothing obvious there but that may or may not mean anything.

I recently got the front brakes and rotors changed, so they might have messed around with it.

Yea but like it said the car doesn’t move in neutral Either, which disengages the transmission. I’m just trying to get a good idea of what the problem is so I can start figuring out what I need to do, if its something I could fix at home and avoid paying labor fees ill be glad to do it, if its something serious then I need to know what it could be so I can ask around a few shops and see which would be best for my car. 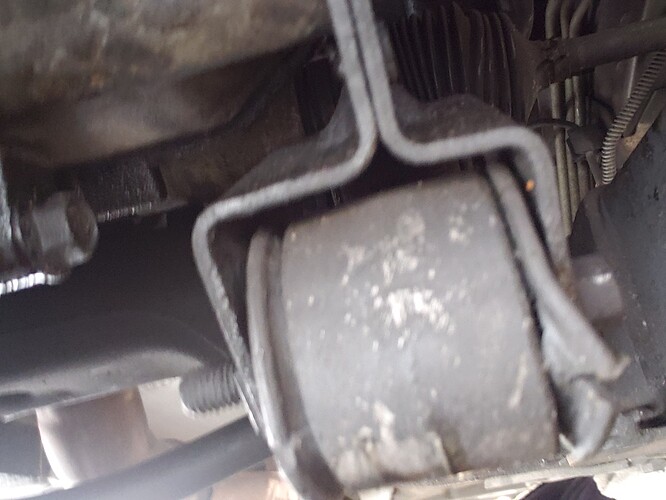 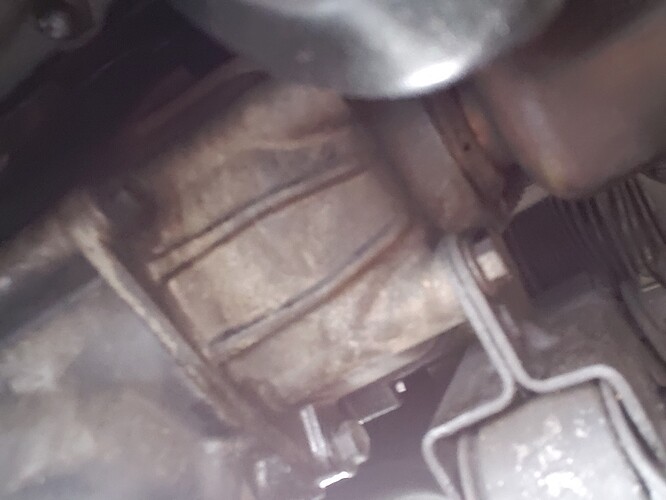 Ok thanks that helps me out with one problem. I think I have a clear understanding of what the problem is or could be. Does anyone have any idea whats coming out of the exhaust, its white smoke and a liquid that stains the road.

When you say it doesn’t move in neutral, are you saying that when you try to push it, it is locked up? Otherwise not going anywhere in neutral would be normal.

Yea I put it in neutral and tried to push it and I didn’t budge. Its worth mentioning the car was on an inclined surface and we were trying to push the car down the incline and it didn’t move.