A man drove his sports car in to a gas station and pulled up to one of the pumps. He got out and was holding something that looked like a pocket calculator. He looked at the gas pump and punched something in to the device, and then walked over to another available pump and punched something in again. He then did the same thing again at a 3rd and 4th available pump. He then went back to his car and drove to the 4th pump and bought 2 gallons of gasoline and drove off.

He had put a certain amount of 87 octane gas in his tank or was going to purchase that amount at a station with better prices for regular but he could not get the right high test to mix to meet his cars octane requirements.and was looking for the cheapest way to increase his octane .

I do not know what nor care what he was doing…

If I saw something like this, I would probably go inside and tell the attendant to turn off the pumps and call the cops… Then I would skidaddle out of there so I do not get in the “cross-fire”

Recently, not far from me in Virginia Beach, VA. The police saw some suspicious activity at a Closed Gas Station. Thieves had figured out how to access the pumps using a cell phone and had advertised on social media that they were selling the “stolen gas” at a discount…

I’m guessing the man was stealing information of some sort. Perhaps credit card numbers of prior customer. In the way of electronics puzzlers, what do you think was going on in this situation I recently witnessed?

A nearby coffee shop is popular wi-fi spot. Not unusual to see 50 people gather outside with their cell phones and laptops accessing the internet for free. I notice a semi-large white van, sort of a E150 type, but no windows in the storage part, seems to be almost always parked there outside the parking lot. I’ve never seen anyone get in or out. Curious, I watch the van, and one day a guy gets out the back. As he gets out, I look inside, and it is full of racks and racks of electronic gear.

He was the station owner. he was reading the numbers of the gallons sold for the day. he topped off his car and went home. that is my story, and I am sticking to it.

I notice a semi-large white van, sort of a E150 type, but no windows in the storage part, seems to be almost always parked there outside the parking lot. I’ve never seen anyone get in or out. Curious, I watch the van, and one day a guy gets out the back. As he gets out, I look inside, and it is full of racks and racks of electronic gear.

My Smartphone’s Hotspot’s (tether) SSID network’s ID is “NSA-Surveillance” and I have a lot of fun with that at my favorite FREE WiFi Hotspots like: Starbucks, McDonalds, Hardies, Wendy’s, Dunkin’ Donuts, even my local library, and well as other FREE WiFi sites…

I am such a “troublemaker…”

That’s quite funny and extremely stupid of the people who get scared off by that as well. I wonder if that trick would work around here? I came across a “NSA Surveillance Van” SSID on the Interstate once. I guess the joke has been around.

I wonder if that trick would work around here?

I’ve also used "FBI-Surveillance-Van, as well “US-Marshall”… I’ve used my local Sheriff’s too, “York-County-Sheriff” but I never saw anyone take off, they must have just figured that a Deputy was having lunch… The NSA one has gotten the most notice. I guess it all depends on where you live, maybe ICE, or Homeland-Security, or Border-Patrol would get the most notice elsewhere…

I also fly Drones and the FAA is implementing a Remote Identification (RID) transmission requirement in 2023 for drones over 250 grams (0.55 pounds). My drone, a DJI Mini 2, is just under the weight limit, but if you put any accessories on the drone, it goes over the 250 gram limit, so it will have the ability to transmit the RID which is your FAA registration Number. The FAA will provide a smartphone app to anyone to read the registration number and if you violate the rules, you might get reported.

Since I fly without accessories, I will not be required to transmit my registration. The fun part is that the user enters the number (characters and numbers) and if I’m not required, I will set mine up to transmit something like “Shove It!” for any busy-body who cares to chase me down while I’m flying…

Here is my posting about this on another web site…

An acquaintance of mine sent a text to a friend, with the type of hyperbolic teasing political rhetoric close friends use, but a typo caused the text to accidentally go to a US Marshall instead … lol … an inquisitive visit from the local US Marshall’s office followed … decision: no harm, no foul.

An acquaintance of mine sent a text to a friend, with the type of hyperbolic teasing political rhetoric close friends use

To use my phone for your Hotspot, you also need the Password and I use a really obscure ones that mean something to me with words and numbers… an example would be where I use my polydactyl cat “Charlie” as a basis… “Charlie12Black2Cat” His name, he has 12 toes, he’s black in color, his 2 front feet has the extra toes, and he’s a cat…

PS: Charlie passed and I no longer use that password… 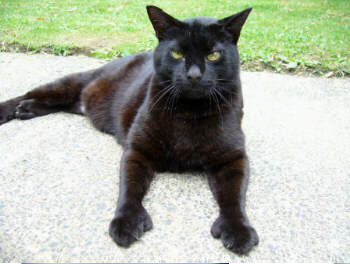