Can repairing this dent and rust be DIY

hey guys I have a Hyundai ioniq hybrid 2017.

I damaged my door and quarter panel pretty bad back in March.

I’ve been researching DIY repairs and it looks like a stud welder, bondo and paint is the way to go.

what do you think, is it worth attempting as a total newbie? 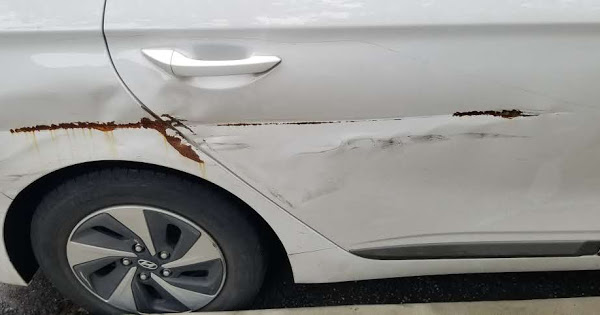 First question - insurance?
Second answer - no, a newbie won’t get this anywhere near right, and you’ve let it go way too long (the rust).

You should have full coverage insurance on a 2017 so just pay your deductible and have it done properly. A do it your self is going to look terrible .

I drive uber in NY so my commercial insurance pays only $45 an hour (wtf, I know)

I don’t mind if it looks terrible tbh. But it sounds like the rust is too deep for any meaningful repairs.

You can either have it fixed right, or you can fix it wrong yourself and the rust will be back within a year. 2 at most. And insurance doesn’t pay anything per hour for rust.

Where are you getting that hourly figure because that is not how your comprehensive and collision coverage works.

Indeed. OP, if you had riders at the time the damage happened, Uber’s insurance should kick in and pay for the damage less a $1,000 deductible. 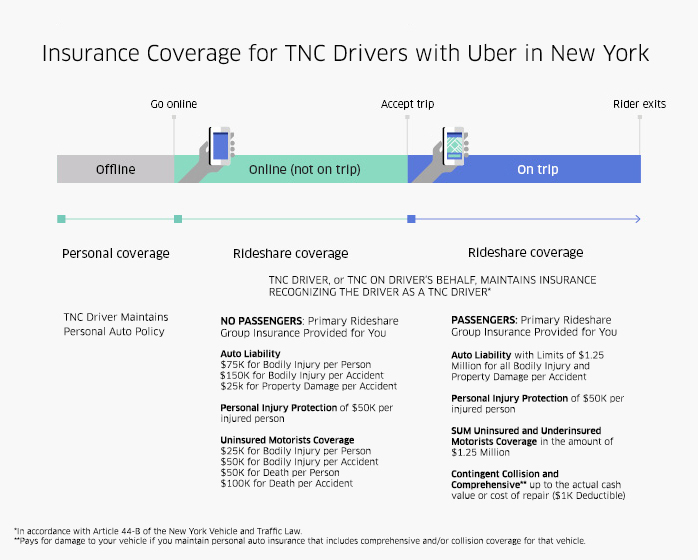 If you did not have riders actually in the car when it happened, then Uber won’t pay anything, and whatever your own commercial insurance is should cover it. Your comprehensive/collision probably won’t help you here because you were driving for hire and most personal insurance policies are not valid when you are doing that.

If your app was not active (you were offline) then as @VOLVO_V70 said, your comprehensive/collision personal policy should cover it.

ANYTHING can be DIY. The difference is the quality.

Unless you’re an experienced body man then this is NOT a job for a DIYer.

The only way you should attempt the repair yourself is if your only goal is to stop and prevent further rust. If that’s all you’re looking to do, you can try to pound the bent part of the door frame to where it is flatter, sand off the rust, prime it, and paint it, but it isn’t going to look good at all. I’ve done that on several spots on my car, and it worked on all but one spot that had a deep dent that I couldn’t sand completely. I tried to flatten it out, but evidently, I didn’t get all the rust, because the rust came back.

If you want it to look good, you’re going to need to employ a proper body shop. Get three quotes and ignore the cheapest one, because the repair at the cheapest body shop won’t last.

Got it. Thanks for the advise guys.

I will go to a body shop.

Sadly my car insurance pays $45 an hour for labor at body shops so they are shortchanging by a lot. I will have to sue them to pay the actual market rate.

You need a different insurance company. That’s unacceptable. I doubt you’d find $45 an hour at a body shop even in the most economically depressed parts of the country.

You need a different insurance company.

Sometimes a lack of adequate coverage is based on a choice the customer makes because he wants a low premium. In cases like that, I don’t blame the company. We don’t know if the OP’s agent sold him an inadequate policy or if the OP was properly informed and chose a lower level of coverage to save money.

In cases like that, I don’t blame the company.

I agree, but even if OP was well aware that they’d only pay $45 an hour, OP has now experienced the negative consequences of that policy and would be wise to get a different one that will properly pay for repairs.

Body shop labor rates are only $50 to $60 per hour, the difference will be insignificant.

This isn’t uncommon. NH body shops have been complaining about it for years. Insurance companies hourly rate is far below fair-market value. With that said…insurance companies do work with the body-shops to get things right.

I’ve done some body work (including a few fairly nasty ones) and it’s labor intensive. That’s why the insurance companies balk and pay cut rates. I hate sanding so I try to avoid it as much as possible.

It can certainly be done by a DIYer but it will involve a lot of time and even as a DIYer it will be more expensive than you think. The end result may not make you happy either.