It’s supposed to use a drive train similar to the Volt’s, and will be built at the same plant. ELR is a coupe rather than a sedan like the Volt. Here’s the article: 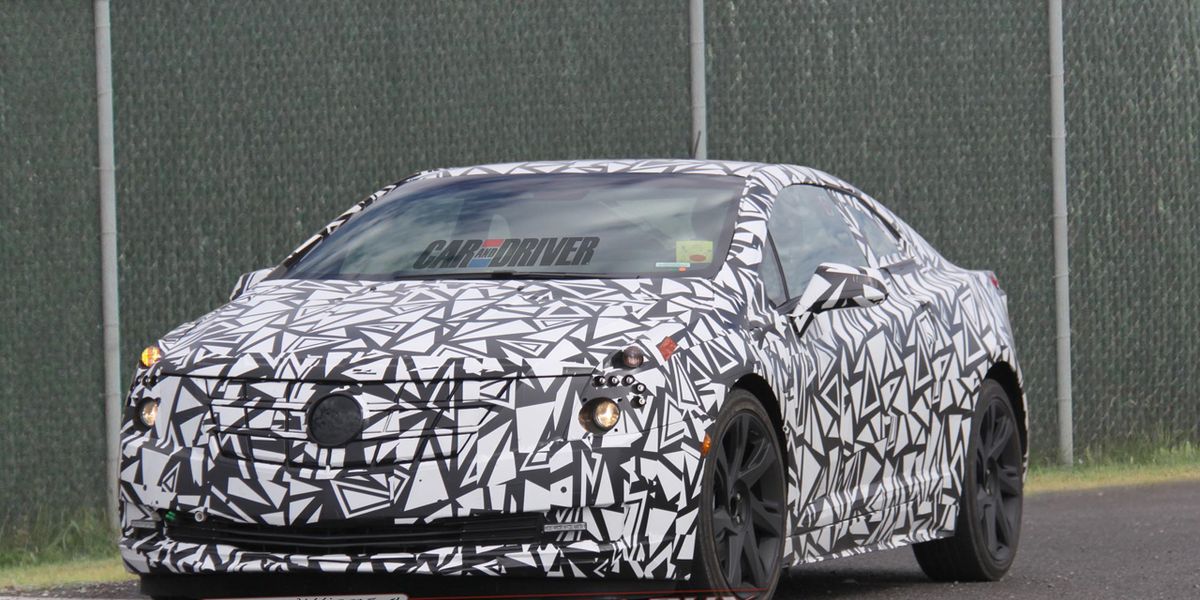 It's like a Volt, but with two fewer doors.

Ahhhhh. The new strategy. Place a Cadillac plaque on an over priced Volt then the $39k ($50k now) charge will seem worth it. Why didn’t GM think of that before ? Next stop. Purchase the SAAB logo and sell them to SAABites. Maybe an electric HUMVEE with the electric Volt drive train. This is just another merchandising ploy for the uninformed…
Good public service message " jt" for giving us a heads up.
But, it’s not nearly as overt as puting a GM truck based SUV in a SAAB 9-7x disquise. Which was like putting " Bruce Springsteen in an ABBA jump suit." (Edmonds ) to justify including international yuppies in an all inclusive concert for an outrageous price.

I like the profile. It’s distinctly Cadillac; sharp, angular, with a low, lean look. I’ll bet the production version iwll be a sharp looking car.

And I think that’s exactly what electric cars will need if they’re going to sell at the necessary prices…class. The target segment that’ll buy these probably won’t be as reliant on them as their only vehicle option. They’ll likely have multiple cars.

I think it’s a smart move.

meh. Looks like a Volt to me. It’ll go through the typical GM butcher shop before being regurgitated onto the show room floor

I think it’s smart, too, no matter what dagosa says. This type of plug-in is the next step after the Prius type hybrid. If Lexus can build a luxury Prius and call it a CT200H, GM can do it too.

But in reality, neither is just a gussied up version of the car they are based on. Of course, the CT200h shares the old-style hybrid using NiMH batteries. But this drive train still provides decent gas mileage, even if it could never be a practical plug-in. Why mess with a successful product before battery technology moves ahead? Toyota might do well to ignore this generation of Li-ion battery and wait for the next one. GM, on the other hand, had the option to move ahead with Li-ion batteries, which allows them to have plug-in hybrids. Or even purely electric cars. The Cadillac body is loosely based on the Volt (actually, the very successful Cruze), but it is a coupe and can’t be a Volt sedan with lipstick.

A Cadillac badge along with fake wood trim and inflated price was added to a Chevy Cavalier at one time and the ensuing model was called a Cimarron.

This one looks equally pointless to me and it seems that the Volt should be seen as a success (taint ever likely) first before repeating the Cimarron debacle.
The local Chevy dealer still has a few Volts that have been parked there since they were delivered so I fail to understand the point in cluttering up the local Caddy dealer’s lot with more driftwood.

“jt” I agree with your assessment if the Volt sold as well as the Prius. It doesn’t and will never at that price. A Caddy for $50 k with a 50 mile range won’t either. How many here will be standing in line ? I’m still waiting for an answer to my question that applied to all these regular contributors who thought the Volt was the greatest thing since sliced bread when it first appeared on the scene…who here bought one ? Still waiting…zzzzzzz…It’s one thing to recommend a car to(for) someone else; it’s another to put your money down and buy one yourself.

Dag,it seems to me like the Prius is relativeily reasonably priced in comparison,does Toyota make any money off of them?-Kevin

Kmccume…Since they have expanded the Prius product line, are offering hybrid technology in several others, I would say yes. It still requires similar service as a strict ICE car, it still makes money after the sale. It’s profitable enough to warrant that commitment. A Volt should be profitable too but only if they sell it for $39k. It’s just a matter of selling them. IMO, it’s merchandising and bail out requirement and a cheap (series hybrid) easy approach to hybrid technology. They have been unwilling to use or develope profitable prarallel hybrid technology them selves. They have tried and failed on a couple of occasions. (Saturn Vue/ Chevy trucks etc. )

Don’t get me wrong. I love the series approach for longevity and using an electric only drive which eliminates the transmission, but…not for $39 k which they need to make a profit.

The ploy is…at such a high price, both the Volt and the Leaf will prove to be unsuccessful with hopes that the govt. will get off the back of the auto industry so they can continue to make ICE cars which are profitable for everyone. Toyota, as usual is the one one to successfully bridge the gap in such high volume with a well thought out hybrid which retains both long and short term profitability which includes long term maintenance of a gas powered car with a normal transmission while staying in the sweet spot of cost vs operating economy vs that profitability needed.

Yeah, from a marketing standpoint, it’s a smart move…I bet it will have a larger battery and longer plug-in range and maybe a little more performance…But I find this interesting…They have learned a lot with the Volt… Price resistance and sales numbers…It doesn’t cost them that much to launch a similar car into an upscale market and gain a little shelf-space in the market…

But do the car makers know something we don’t know? Is there a permanent surge coming in gasoline prices that will make these cars attractive enough to sell in large numbers? Has there been a break-through in the cost of battery production that will make these cars more competitive and popular? Is the new Caddy electric a reckless gamble or a sure thing? We will soon know!

The Prius non-recurring costs are already paid for, but the NRC for the Volt are not paid yet. Anything new costs more initially. And maybe any plug-in hybrid will cost more because it has both an electric drive train and a ICE to recharge the batteries when no recharge is available otherwise.

And just look at how much the anemic Prius plug-in costs. It starts at $32,000 but can cost as much as the most expensive Volt. The Prius plug-in’s range is less than 15 miles before the ICE is needed, while the Volt’s range is 38 miles without ICE charging. And the Prius can’t go over 62 MPH in all-electric mode, but the Volt can. I wouldn’t buy either. But I have a long commute and would have to use gas for much of the commute. The Volt lease is attractive, but my commute is too long; I would exceed the mileage limits.

Back to the ELR. When it is released, we’ll see how closely it resembles either the Cruze or Volt. It seems to me that GM learned something when they messed up the Cimarron. They did not make the same one when they brought out the Catera.

“Is there a permanent surge coming in gasoline prices that will make these cars attractive enough to sell in large numbers?”

More like the car guys are forced into it to meet the sky-high CAFE levels in the near future.

The money is in higher mileage ICE cars. The gas price surge is one of the reasons for the increase in car sales as everyone (figuratively) converts. It’s the double edge sword, for now.
“jt” as I have said before, the developmental costs for the Volt is minimal. It’s just a series hybrid, the cheapest hybrid technology to develope and the easiest to employ in a car. Parallel is to toughest to engineer, but the most profitable and effective long term.

I’m so excited I can’t stand it. I wish they would have kept Olds and Pontiac and eliminated Cadilac. They have to realize that some people simply will not buy anything with that hideous name on it. Same as a Buick with those snorkels, electric or not.

isn’t China about the only reason Buick still exists?

I just saw a photo of it (sans camoflage) in USA Today. I’m disappointed. Caddila has done such a great job these past years with styling, but they missed on this one IMHO.

The photo in USA Today is of the converj concept car on which to ELR is based.

If Cadillac were smart, they would license the Prius as a Cadillac.

“If Cadillac were smart, they would license the Prius as a Cadillac.”

Nah, do it as a Chevy. But seriously, today’s Prius is yesterday’s technology. It’s still a good product for Toyota to make money on, but this generation’s power plant is past its half life IMO. Because of its place it the life cycle, it would not make sense for anyone to try to partner with Toyota. And I doubt that Toyota wants to share it with anyone. But is has spawned a new car line for Toyota with more models than Scion and will generate a lot of cash to improve the line over time.

After seeing the pictures of it, it does look pretty slick. I just think it should have an Olds name plate on it. Never said anything about the price but I’ll bet they’ll be into the $60-70k range.