My buddy has a 2005 Camry. He was trying to change the alternator, but broke the bottom bolt. The top bolt is out, but with half a bolt left in the bottom, he still can’t wiggle it out. Not much access to use a drill/extractor. I told him I’d just cut the whole alternator up and take it out in 12 pieces. But that seems exteme. Is there another way to take it apart or an easier way?

The alternator has a nut on a stud on the bottom. 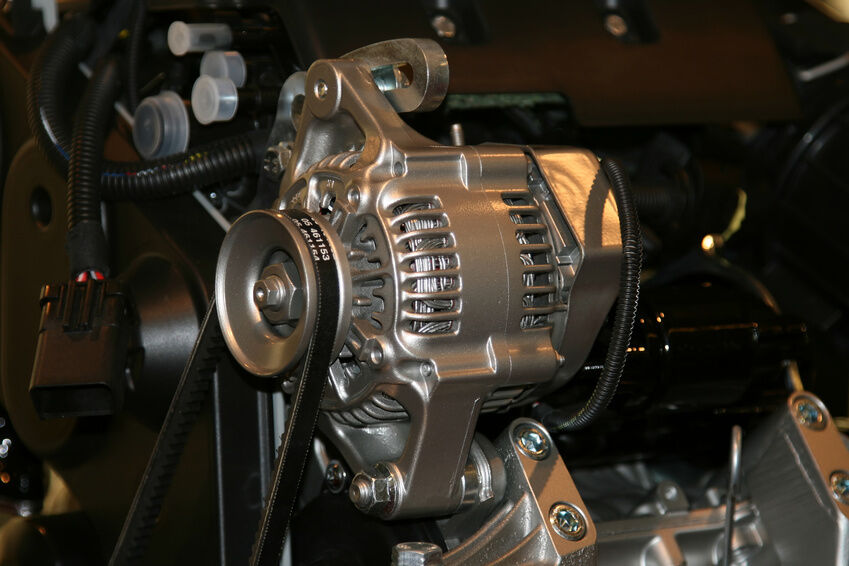 Normally the nut is removed , and then the alternator slides off the stud.

Huh, so wonder what he broke? If its the stud just get a pry bar in there and pry it off, then deal with the broken stud. PB Blaster is your friend.

It’s a 4 cylinder. The tensioner is separate. So it is just those two bolts. The top bolt is out, but there is still not enough play to get the broken bolt free of the bracket and pull the alternator out. .

I guess the bottom has to come out first. But that’s where the broken bolt is. And since it’s at the bottom it’s hard to get to.

Completely remove the tensioner bolt and the alternator should come out.