I have a 2005 Ford Crown Victoria.Yesterday While Driving Both Of The HEADLIGHTS went out at the sametime,But the High Beams work.Also When Its On The 1st mode The brake Lights Stay on,But When I change it To the 2nd Mode The Brake Lights Wont Even Come on when I hit the brakes 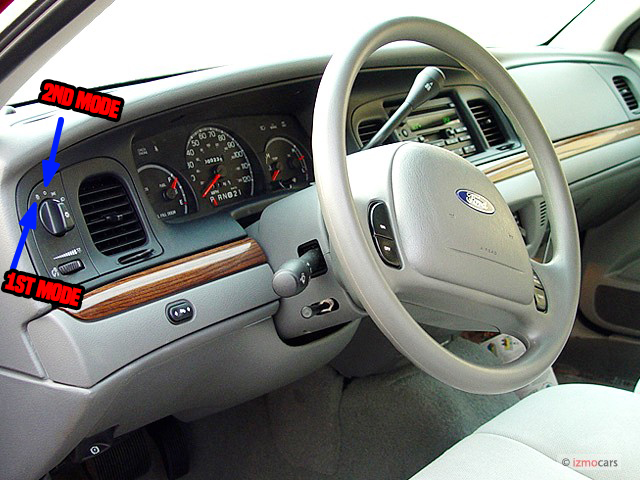 If this was limited to just the headlights I would say that you had one headlight burned out for a while and did not notice until the 2nd burned out. But adding the odd brake light symptoms makes this puzzling. Check the bulbs and sockets for the brake lights, you may have a short or corrosion in the sockets. When you turn the lights on there might be some way the brake lights and running lights are messing up. Frequently a dual bulb is used in the same socket in the rear.

There was a recall on Light Control Module for models with automatic light control like yours (not the basic police model). Mine was 2003. The low beam went out, intermittently initially, but it went out permanently. I don’t know what other problems it had, but this happened only a couple of months after I received a notice to repair, so I went straight to the dealer to have that fixed. Anyway, your model year should be included, so check with your dealer to get that changed under warrantee first. I think there was a mileage limit to the free repair, perhaps 150,000 miles. Get that fixed before spending your own time and money.

I think you can get a repaired used LCM.

That’s a very good dealership you got there OP. Fixing the problem straight-away, and gratis. Makes you want to buy another Ford I bet. Good for you and good for the Ford dealership.