Boston’s international Car Show for 2023 has been cancelled due to Manufacturers lack of inventory. I’ve been to this a few times. It’s huge. You could easily spend 3 hours there looking at all the new cars.

Any other car shows being cancelled? If Boston is…then I’m sure there’s probably others.

I’ve never been to a new car show, not interested in new cars. The classic car shows in this area seem to still be going, at least for now. Covid rates beginning to skyrocket here again though, local tv station got hit badly this week after attending staff holiday party, so it may well be the case that all mass-attended events will be curbed.

Apparently the New England new-car-show cancellation isn’t the only one. 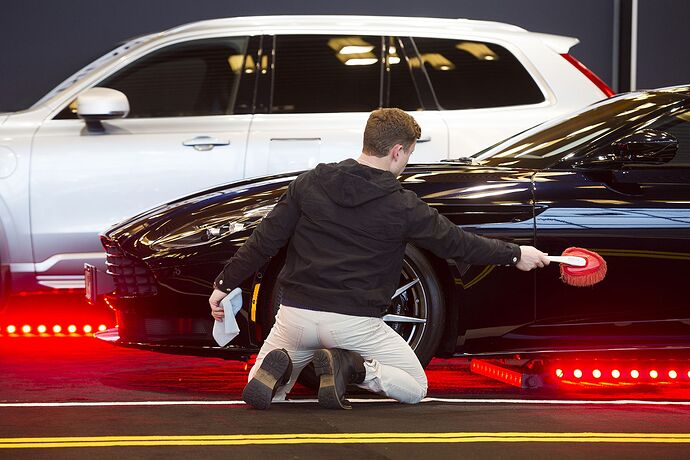 Car and Boat/Outdoor Sport shows can be great, everything from hot rods to new cars, same with boat shows plus name entertainers. Or they can just be a collection of dealerships, varies by location.

If you’re looking for a new car these can be a great way to start. You can view and compare all the vehicles the same day. More than once it helped us eliminate what vehicles/dealers NOT to visit.

Seattle’s show has come and gone and has been very scaled back from pre-covid days, not using as much space in the convention center as in past years and with several brands not there due to lack of display vehicles. looks like Portland Oregon will have theirs in February, at least it’s still scheduled at the moment. Probably similarly scaled back.

If you’re looking for a new car these can be a great way to start. You can view and compare all the vehicles the same day.

Additionally, it provides some good, clean fun for those who are too young to drive.
I would trek to the annual NY Auto Show every year from the ages of 12 to 17, and that enabled me to see (and frequently, to sit in) some drool-worthy cars that I would never have seen on the street.

One of my biggest regrets is that sometime in my early adult years I dumped my entire collection of brochures from those '60s auto shows. Those brochures would–at the very least–be a curiosity at this point, and might have had some monetary value.

LA had their car show in November. DC and Baltimore still have their shows planned in January and March, respectively.

Additionally, it provides some good, clean fun for those who are too young to drive.

These have fun for us older gents and ladies too. There are plenty of vehicles there that I’d LOVE to own but can’t afford to like Bentley’s and Lambo’s. Nice to dream about.

I do like going to the Classic car shows. During the summer there’s at least one every week. A couple times I trekked back Syracuse to see the Syracuse Nationals. It’s the largest car show in the Northeast. Held at the NY State Fairgrounds. Takes 2 days to see all 8,000 cars.

Columbus has cancelled their March show the last 2 or 3 years, mostly due to covid. Hard to say if they’ll cancel it again next year or not.