I always try to buy OEM but the Motorcraft pump for my 1999 F250 Super Duty is not available right now. There are about 5 different possibilities for this truck and I have the long wheel base which determines what fuel tank and pump combo you have.

The pump in the truck works fine and fuel pressure is on the money but the sending unit is bad. While in there I figure I should just change the pump as well since I have no idea how old it is.

I worked for Delphi. The company no longer exist by that name anymore. The pump business, I think, was sold to Borg Warner. Likely Chinese made. The weakest part of the pump was the fuel sender.

I’d wait for the Motorcraft pump.

Thanks. Are there any other pumps you might suggest in case I cannot find the OEM? I am going to tell the mechanic to hold off for now as the truck runs fine with the current pump. The fuel level is just pegged above full no matter the actual level.

I am going to tell the mechanic to hold off for now as the truck runs fine with the current pump. The fuel level is just pegged above full no matter the actual level.

If it were me I’d hold off too, until an OEM pump is available. You should do what many motorcycle riders do, when you fill up, reset your tripmeter. Lets say you normally get 300 miles to a tank. Just fill up when u get to 250 miles. Just an idea!

That is pretty much what I do now. I just fill it up when I am about halfway through the tank just to be safe.

Is there a GM oem equivalent that meets specs & fits? DELCO? Me, if truck worked ok otherwise, & only a fuel gauge problem on my own Ford truck, I’d wait until the Motorcraft branded unit became available .

Is there a GM oem equivalent that meets specs & fits? DELCO?

Yes, it IS the Delphi pump. That is OEM and it is Delco and AC Delco. Delco was a group of GM divisions that were grouped together and sold off as Delphi. The AC Delco name stayed with GM’s repair parts supply. No garuntees those parts are actually OEM since Dephi went bankrupt and then sold off the divisions that made a lot of those parts and they in turn closed or sold those plants.

I am on my 3rd try to buy a fan clutch that will actually clutch and not ruin my fuel economy. I started with an AC Delco, then SKF and now OE part from a GM parts supplier. I know none are OEM because the division I worked for made the OEM part and scrapped the tooling that made them. So OEM means little these days.

When a customers’ fuel pump fails, and an OEM isn’t available, you install the next best available part.

The customer can’t wait for the OEM part.

Nor do they care. 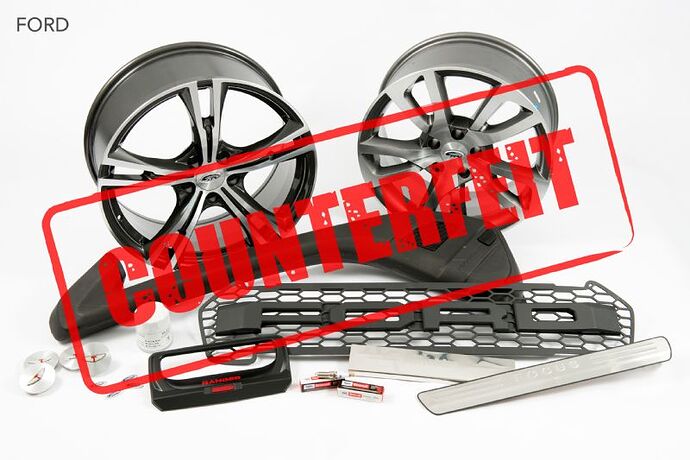 Your car is a bundle of parts, and there are lots of different ways those parts can be supplied, and who can make them... so, are genuine car parts best?

I would go with Denso First Time Fit, if available for your model. I have purchased their radiators, fuel pumps, sensors, and various other parts, and never once been disappointed. Other than that, I would try to get OEM, or at least another quality brand (AC Delco, Bosch, Carter, etc.) I would have considered Delphi to be a decent brand, but apparently others here feel otherwise.

Oh my! Sort of wished I hadn’t asked … lol … I’ve heard it said that is is difficult to find oem quality GM replacement parts, beginning to understand why.

Won’t reduce the fan speed enough so I can get the pitiful 15 mpg the truck is capable of, only 10.5… so off it goes and an dual electric fan package from one year later goes on with an aftermarket temp control.

Diy’er enthusiasts who re-configure trucks like mine ( 50 years ago vintage) for daily driving seem to think an aluminum radiator with an electric fan, and getting rid of the fan turned by the crankshaft pulley, is the way to go now. I expect they eventually have to install a bigger alternator too. Makes a lot of sense imo, aluminum better heat transfer, and cooling capacity independent of vehicle speed. 4WD’ing on slow-going rock-covered steep uphills has often resulted in engine overheating on my truck.

Other than some obscure Chinese branded pump I would not worry much about it. A/C Delco, Carter, or whatever should work fine.
What about Airtex? I have a couple of vehicles with Airtex pumps and they have never been a problem even at roughly 7 and 9 years of age. When the pump failed in my daughter’s Mitsubishi the parts house was wanting 400 bucks for the pump module. I fitted a 59 dollar Airtex pump for a Ford Taurus and it worked fine with never an issue.

Since the problem is the gauge you might want to verify the problem is the sender before tearing into it. Maybe access the wire harness near the tank and ground the gauge lead to the sender with the key in the RUN position. It should show a full tank. If the gauge still does not work then the problem will likely be up front instead of in the tank.
Yellow/white wire or the reverse of that would be the sender lead. I flat do not remember.

Yup, bang on. The engine driven fan, even with a fan clutch, draws a ton of power when fully engaged. At speed you don’t need the fan at all. Electric fans help make mpgs go up. The 05 Avalanche has dual electric fans that look like they drop right in…just need controls to turn them on and some wiring.

Rock crawling or trail riding the truck is working hard but moving little air so the electric fans help but duals draw 25 amps or more.

Aluminum radiators have been better alternative for a while now.

f the gauge still does not work then the problem will likely be up front instead of in the tank.

Reminds me of when I purchased my truck used, one year old at the time. Negotiated a $250 discount from seller b/c the gauge for one of the fuel tanks didn’t work. A few days later, trying to figure out the gauge problem, discovered the sender wire to the gauge had slipped off its connector under the dash … lol …

What about Airtex? I have a couple of vehicles with Airtex pumps and they have never been a problem even at roughly 7 and 9 years of age. When the pump failed in my daughter’s Mitsubishi the parts house was wanting 400 bucks for the pump module. I fitted a 59 dollar Airtex pump for a Ford Taurus and it worked fine with never an issue.

Oh, gawd no. Airtex fuel pumps are absolute garbage. I should have heeded the warnings which I read online, but no, I was foolish and bought an Airtex fuel pump for my Daewoo Lanos since it was the only brand RockAuto had in stock at the time. The Airtex fuel pump always lost its prime, and required too many attempts to start the engine. Once I confirmed that this was the problem, with a fuel pressure test kit, I bought the only other semi-decent brand which is made for this car, and knocking on wood, I haven’t had any problems with it.

If I could get any other brand on Earth (that I’ve actually heard of), I would do that before even considering Airtex. The only time I would ever consider another Airtex fuel pump is if it’s literally the only option, and even then a used one from a junkyard might actually be a better bet than this garbage–not that I’d ever buy this type of part used.

The only good thing about this experience is that the Daewoo Lanos has a rear seat cushion which lifts up, and there is an access panel to change the fuel pump. So it’s not a super-difficult job. If I had to go through the hassle of dropping the tank twice due to a shoddy part, I’d be kicking myself for buying such junk.

I may be stuck with the Delphi. It seems that there are like 5 different pumps that fit my truck, depending on the cab style and bed length. Mine is the only one that isn’t available in Motorcraft. I have the 172 inch wheel base.

I found out that Delphi is one of the OEM suppliers for Ford as well.

I guess I will just have to deal with this and hope for the best.

To each their own I suppose, but Airtex pumps have never done me wrong. I have no idea what the problem was in your case but I can propose a hypothesis. That might be the wrong year pump for the application and keep in mind that I am not familiar with the ins and out of Daewoos.
Tinkered on a few but by no means am I an expert on them.

Using Ford for an example, Fords up to around 2000 or so used a spring/check ball in the pump to maintain residual fuel pressure. Around that time Ford went to a fuel pressure sensor which means the spring/ball became obsolete. That means if the dead on similar later pump was used it would not hold fuel pressure because there was no spring/ball to maintain it.

How did I discover this a long time ago? I installed a dead on pump into a Ford which would lose all fuel pressure in seconds. Pulled the pump out (easy to do) and when I eyeballed the outlet snout on the pump with a light could see there was no spring/ball in there. Checking the part number online I found that the pump they have given me was for a later model Mustang Cobra. They swapped this out for the correct pump which did have the spring/ball and all was fine then.
Not saying this is the cause; only some food for thought.