A sight to see, in Tennessee

… is the One Piece At A Time Cadillac: 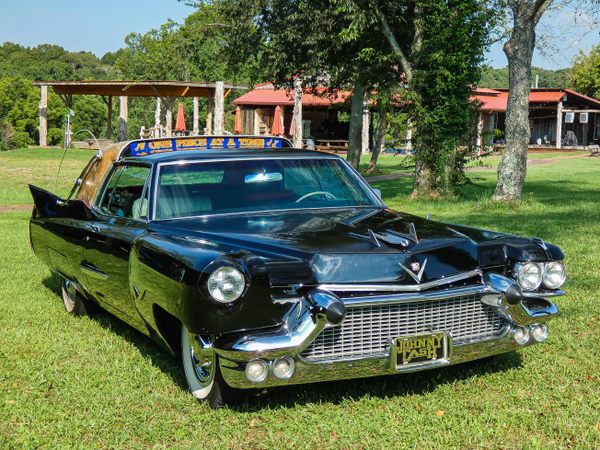 Johnny Cash’s “One Piece at a Time” Cadillac

A fictional Coupe DeVille built by hand and gifted to the Man in Black himself.

Never set foot in ? What kind of idiot statement is that ?

Heh heh, I had no idea a car was actually built. I used to cringe though hearing the song and thinking what a thing to do to a car. Beautiful state though but like other places, the large cities have some issues. Still, I’m not sure I want to see that car.

the large cities have some issues.

Small towns do too. We just don’t hear about it because they are small. I worked for a compressor manufacturer for a short while. The turnover rate was incredibly high. Almost all of the workers were from rural Western Maryland, Southern PA and West Virginia. A new crop of employees would come it and most of them were terminated within two weeks when their drug tests returned positive. They knew they were going for a job interview and knew that they would get a drug test yet they still couldn’t pass the test. When I say most I mean like 80% loss rate from new employees.

Thanks for the link VDC. Johnny Cash & Willy Nelson, both have always been A-OK in my book. Musical geniuses imo. Cash pretty good actor as well, at least the character he played in the Colombo episode. Car’s appearance not really my cup of tea, but seems like it would be fun to take for a spin.

Yeah we went to a Willy Nelson concert outdoor at the casino. The casino is on an island and only one road out. The place was packed an took about two hours to get out of the parking lot on the road. Glad I went but not the greatest performance.

I still remember WN’s TV performance at the 2002 Winter Olympic games in Salt Lake City. Nothing short of spectacular.

Yeah we went to a Willy Nelson concert

Many years ago, my brother and SIL had the honor of dining with Willy Nelson.
Well, perhaps “dining with him” is a bit of an exaggeration. They were in a rural area of Canada, and Willy Nelson and his party entered the same mostly-empty restaurant.

They sat on opposite sides of the room, and because it was mostly-empty, they had a good view of old Willy.

Of course, June’s father was a heck of a songwriter too.
My Tennessee experience was limited to passing through in 1977, but did spend a day In Nashville. Took a guided bus tour including a visit to the Ryman Auditorium and Sun Record studio. A well known C&W singer-songwriter came in and chatted with us. He and I have the same last name, but I was to shy to ask him if we were possibly related.

This is my favorite Johnny Cash song. Think it may actually have been written, or partly written, by his wife June Carter. 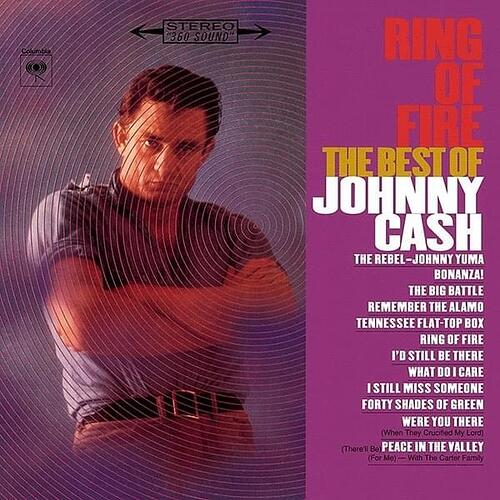 Johnny Cash’s soon-to-be-second-wife June Carter wrote “Ring of Fire” in 1963 with Merle Kilgore to express the experience of falling in love with the married Man in Black. Cash

When I was a kid, our next door neighbor was a pipe-smoking Southern woman, and periodically she would have her kids visit her. They would repetitively sing “Ring of Fire” for what seemed like… hours… but it was probably no more than one hour.

I have to admit that their harmony was pretty good, even if their repertoire was limited.

Hard to predict if that would be a problematic neighbor or not. Good choice in music. But amateurish group singing? Did those folks turn out to be pretty good neighbors? I’m thinking they did.

Why shouldn’t a woman be able to smoke a pipe? It’s a lot cheaper. I have this vision though of her under the hood adjusting the carb. Reminds me of when the queen had a car problem and said let me look at it and see if I can fix it. Trained in truck maintenance in the war. I’m all for it with the labor shortage.

In High School, I worked in the Woolworth’s in Ventura, CA. Johnny Cash lived with his first wife in Oak View at the time and owned the Johnny Cash Trailer Park there.

He would occasionally come into the store on a late Friday night. Most of the people that worked there knew him because he was their landlord. I saw him a few times but was too shy to say anything to him, even though one time he walked down an isle I was working on. I regret that I didn’t greet him.

Yes, he was dressed in black and yes he looked like he could kill a man just to watch him die.

Reminds me of when the queen had a car problem and said let me look at it and see if I can fix it. Trained in truck maintenance in the war.

Thanks for reminding me of that story. They showed a photo of her and the jeep she was fixing during her WWII service on the tv news yesterday. The UK Queen, her interest in cars and dogs, good show I say. She definitely had a well-lived & long life, provided a lot of service to her country, bless her and God speed. Is there an existing patron saint for auto mechanics? If not, she’d make a good choice.

I’ve just been pondering the rule of three major events happening and if we are done or if we should expect one more coming. The first to me would be the beloved Judith Durham of the seekers. Then Gorbachev number two, then of course the queen. Quite possible there will be one more but we shall see.

I think you have a fear of rural areas, probably saw “Deliverance” too many times.

Its not a fear, but a general dislike, particularly of the politics in rural areas. Im an old time northeastern liberal democrat, and there isnt much love for us in those rural areas.

I am an old northeastern conservative but I enjoy people of all political persuasions. If you only listen to people who agree with you, you will seldom learn anything new.