Well, at least it is new to me…

I think that most of us have seen cars wrapped in advertising, and it is obvious that the car owners must have been paid in order to have their cars “wrapped”. This scam tries to lure people with the promise of being paid for displaying ads on their cars, but the 77 year old “victim” outwitted the scammers. 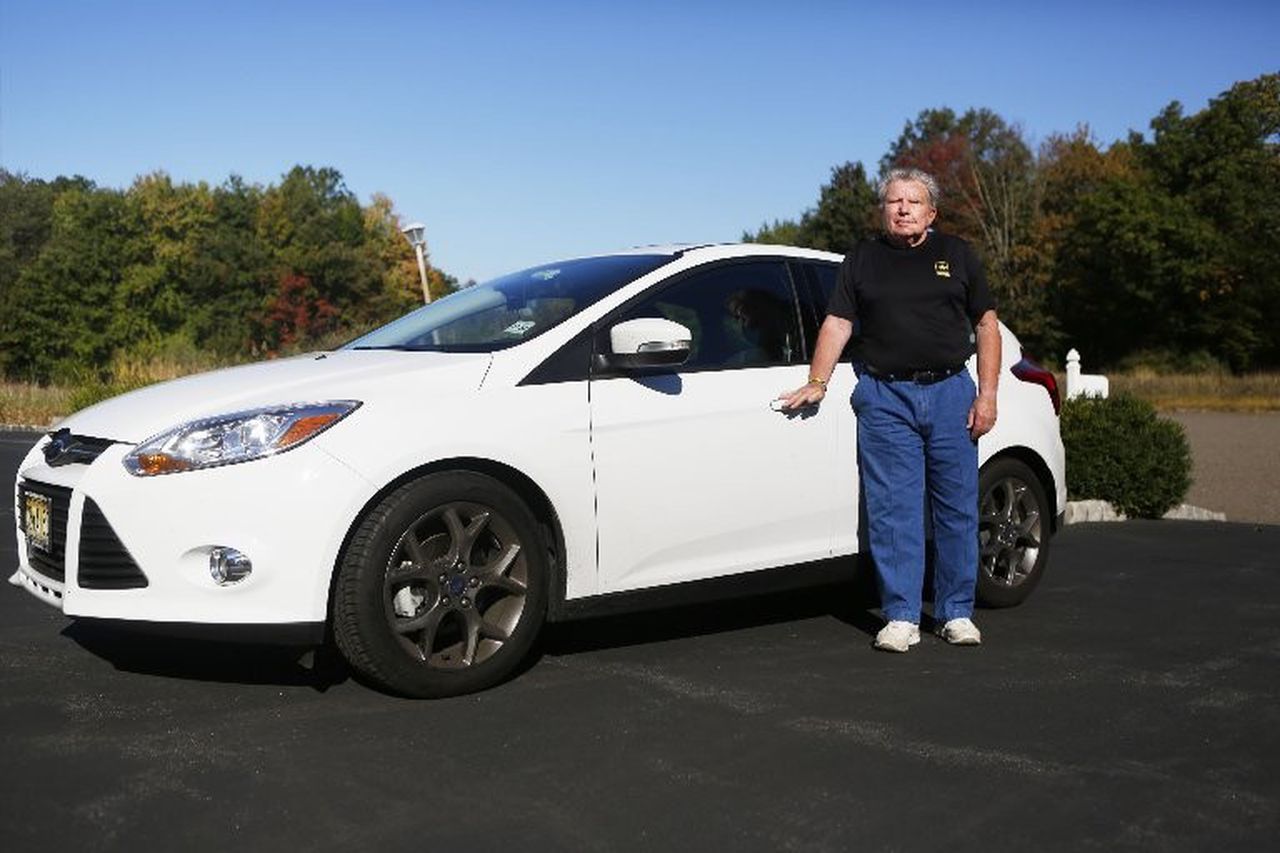 ^
So do I!
On occasion, I have “played” with phone scammers if I had nothing else important to do at the time. It was very pleasing to make monkeys of them.

On that topic, a couple of days ago, I received two phone messages–from the same Hispanic guy who could barely speak understandable English–informing me that I needed to contact him in order to stop legal actions that the US Treasury Department was preparing to take against me. Yeah, right.

Of course, he never mentioned either my name or the alleged offense, and it was just a recorded message. If he tries to do a “live” call, I will string him along for enough time to truly waste his time–before I tell him to go “F” himself.

The Moneypak scam lives on huh! Similar to the craigslist/ebay scam where a buyer sends a “check” made out for more than the amount and you’re supposed to send the rest to the shipping company. Lots of shady people out there. If I don’t recognize the number on caller I.D. I try to google it. Many come back as scams or telemarketers. The Elderly are a common target it seems.

Right after I bought my house there was a letter from someone who wanted to sell me copies of all the title and other paperwork for about 4-5 times what it would cost to get the same copies direct from the county if I even needed them. The Return address seemed familiar so I looked it up. The local UPS store where they had a box.

The same thing happened when I bought a house about 18 months ago. I already had paper and electronic copies of everything. Within 2 weeks after closing I started receiving offers to buy/re-finance my house. I wasn’t even moved in yet. I gave up filling complaints with the National Do Not Call list when I discovered that each call from the same telemarketers had a different telephone number. I just live with these things and don’t fall for any of them. I will keep this automotive by mentioning the notices that my warranty has “expired” and are attempting to sell me some sort of worthless extended warranty when I still have a year remaining on my standard factory warranty and 6 years left on powertrain.

I like that guy a lot. I wish the reporter were a better writer, that his story would be told better.

My youngest daughter plays with phone scammers. She says she got a call a couple months ago and recognized the call was not legit quickly. She kept asking questions and wouldn’t let the guy close the call. Eventually he hung up.

I also like to mess with scammers but I haven’t had to very much since our household ditched our home phone. We use cell phones exclusively around here. We do have one scam that has shown up recently on our cell phones. A number (bogus of course) leaves a message that says you must call a certain other number or a warrant may be issued because your social security number has be associated with a fraud. The scam was easy to ascertain since it sounds like the script was written by a third grader. I called the number on a flea market cell phone ($5 with 15 minutes remaining) and had the woman on the other end of the line ready to scream in just a couple of minutes. That was a lot of fun for $5 and I have 12 minutes left to do it again if that message should pop up in the next few days.

I always thought that car-advertising thing would be a good idea, to pay folks to put advertisements on their cars for a certain length of time. I’d let someone advertise on my Corolla if the price was right. I’m thinking $500 for a month, per quarter panel. $100 for the roof, geared to people riding the bus, they are up high enough they can see the roof. $2100 per month, I could find a way to spend that loot I think. But it sounds like I’d have to get the cash up front and sign no contracts to avoid being scammed. It’s always something.

A couple weeks ago we came back to McAllen from Puebla state. A day or two later, I got a call from a man who said my computer had a virus and he could not accept that. Since I run Linux, I well knew that my computer had no virus.

My voice got rather loud. I told him I started on microprocessors in 1974, that I was using Linux, and that my computer had no problems at all, and slammed up the phone.

I walked in to the other room to tell my wife about the call, when the phone rang again. This time the man wanted to talk to my wife. I asked the purpose of the call and he repeated he wanted to talk to her. I told him we screen each others calls.

He said she had a credit coming from a local store I had never heard of before. I understood he would tell her that he needed her credit card number to give her the credit. Hee, hee. He then said he’d call her later.

Later, my daughter told us both types of calls are very common in McAllen now.

you should ask your daughter to answer the phone next time

Hopefully, she’ll tell these losers to STFU and don’t ever call again

I would have told those losers to go shove it

Just heard a story on the radio about a guy asking for a jump-start and offering $2 for your time, gas, blah, blah. After cables are hooked up, he has you turn the key on his disabled car while he fiddles under his hood for a few seconds, then pulls the jumpers of your car and jumps in and steals it.

I suppose the real tip off should be that the guy has you turn the key on HIS car, not yours

I’ve never heard of the jump-start scam before but somehow I’m not surprised.

Some may have seen the recent national news story about the grandma panhandling for money in OK City and which is per the usual, a scam.
This kind of thing causes me to be embarassed to even be a resident of this state although I’m aware this is going on everywhere; and her grandkids have the audacity to defend her…

What the DA should do is file charges against her for assault.

Several years ago, I remember seeing a picture in a newspaper, of a dead man on the side of the road

Apparently, a would-be car jacker got blasted by the driver of the car he wanted to steal

Talk about getting a taste of your own medicine

It said the driver shot and killed the car jacker, then closed his door and drove off, and went about his business, leaving the dead man where he fell. The newspaper stated that car jacking was a common crime, and that the driver didn’t get in trouble, for leaving the scene of a would-be crime

A referee whistle works well too.

It said the driver shot and killed the car jacker, then closed his door and drove off, and went about his business, leaving the dead man where he fell. The newspaper stated that car jacking was a common crime, and that the driver didn't get in trouble, for leaving the scene of a would-be crime

I got tired of the phone scams and got a sentry device (check Amazon). It pretty much stops them with one ring… There are apps for smartphones if you have issues on your cell. I’ve pretty much stopped all the telemarketers.

A lot of people know I am a dedicated car nut. I have several odd and antique cars. I was not surprised when I got a call from a guy who supposedly had a '57 Chevy to sell from his father’s estate. He knew my name. I didn’t recognize his, so it probably wasn’t his. The car was already loaded on a trailer. He was supposedly 200 miles from me, and his home. He needed money to gas up his truck to pull the trailer here so I could buy the Chevy for about 1/4 of what is was probably worth. All I needed to do was send him $100 via Western Union. Yeah right. He was probably using a burner phone, which showed the area code for the city he said he was in. He called back 20 minutes later. He’d be happy to sweeten the pot by adding an antique Indian motorcycle. All I needed to do was wire him the money. Yeah RIGHT. I’ll give him one thing. He knew all my buttons to push. It makes me think he’s probably someone I know. That’s disgusting.