Probably not, but the fact that the two main scammers have been identified should help to cut-down on those calls–which were actually routed through Panama. 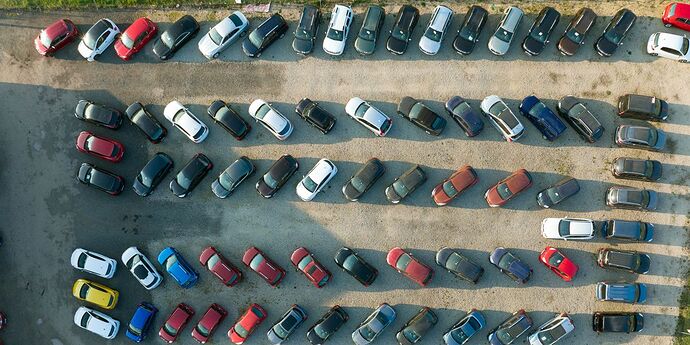 You May Get Fewer Car Warranty Scam Calls Soon; Thank the FCC

It's the number-one complaint by consumers, and now your cellphone may actually stop getting so many annoying robocalls.

Once in a while, I will answer those calls. If the initial message says final notice, I will push the button to talk to an agent. My first question is how many final notices wil I get, this is the 12th final notice.
Just received a snail mail “final notice”. I just might plug in the land line and call them. Then offer them either a Medicare option or to lower their credit card rate,

I pick up the telephone, one in every room including bathrooms, as quickly as possible and make no sound.
Usually the calling device wilhang up in 12 seconds.
Our telephone number may be classified as Disconnected or No Longer In Service and the device will not call again.
Also will not sell our NWN tother solicitors.

I use nomorobo to screen my calls. Most of the spam calls are rerouted away from my phone. For the calls that get through, I only answer if I know what they are or I pick up during the message if I want to talk to them.

For most of the 2+ year Covid-era I’d been getting at least 3 or 4 marketing calls a day, usually at least one would be for a scam car warranty. I usually don’t answer, let the answering machine do the job, unless I know the person who’s calling from their caller ID. Other’s of these calls would just say “goodbye”, and hang up. No idea what that’s about. Others, well you know the score, anything that can be sold is now sold by telemarketers. Anyway consistently 3-4 calls per day, then mid June this year, they mostly stopped. Now, most days I get none of these unwanted calls at all. No idea why the call frequency changed.

I just don’t answer if is a number I don’t know if they leave a message I may or not return the call.

If I don’t know the number, I don’t usually answer, then block the number if there’s no voicemail. They are spoofing numbers, and I even had a guy call me because my phone number had come up as calling said person. I had to explain that it was a spoofed number and we were good on that end.

Many of the calls originate off shore. There’s no way to get at them. Just don’t be gullible enough to follow through with them. Occasionally I get messages from some creep saying they are from Apple or Microsoft and say that there will be dire consequences if I don’t return their calls. No problems so far.

I don’t answer. And you can end up with more trouble if you try and play games with the scammers, the can be vindictive.

I don’t answer now, but years ago I would. If tele-marketer I’d say “Wow! I’m really interested in your product and want to know more, but there’s somebody knocking on the door, please stay on the line until I get back”… … lol …

Occasionally I get messages from some creep saying they are from Apple or Microsoft and say that there will be dire consequences if I don’t return their calls. No problems so far.

I love getting these kind of calls, especially the ones claiming to be Microsoft, and that my Windows is pirated and will stop working if I don’t “re-validate” my license. I always respond by asking what kind of computer, what version of Windows, etc. These people usually get stumped and hang up when I explain to them the fact that if they are really Microsoft, then they would know which version of Windows I am running, and they would have access to the SMBIOS identification string, which would be the model # of my computer or motherboard.

I also do this when I get calls purporting to be from Chase or Bank of America (neither of which are companies I do business with) but supposedly there is a problem with my credit card. I always play along and ask them for the last 4 digits of the account number, next, they try to BS their way out of giving that information, and ultimately they get stumped and hang up.

How could anyone be foolish enough to give an unknown caller their credit card number, bank account number, Social Security number, etc? If the caller was really with the bank, then they should already have this information, so the last 4 digits are all that’s needed to verify.

How could anyone be foolish enough to give an unknown caller their credit card number, bank account number, Social Security number, etc? If the caller was really with the bank, then they should already have this

Unfortunately people do this everyday in large numbers.

Then there were the calls claiming they were the IRS, remember those? If you did not pay up immediately with a gift card they would send law enforcement to have you immediately arrested.
Local news station had video of LEO receiving a call at his precinct, he just laughed.
Unfortunately, there are people that fall for these scams and cons.

How could anyone be foolish enough to give an unknown caller their credit card number, bank account number, Social Security number, etc?

My mother in law would, but she is over 90 and not nearly as sharp as she used to be.

My mother in law would, but she is over 90 and not nearly as sharp as she used to be.

There was a local news story recently about an 82 year old woman who lost $420,000 to scammers despite an incredible number of red flags. Now, she might lose her house.

In her case, it resulted from a scam email about her McAfee antivirus subscription. (You know–like the 4 or 5 scam McAfee emails that I receive each day… ) In addition to giving the scammers online access to her bank account, she gave them permission to open an offshore Cryptocurrency account to which her bank funds were transferred–and this means that her money is gone… forever.

Her family had thought her to be “mentally astute”, but clearly they were wrong.

I deal with victims of this every day in large numbers! It is like people are lining up to get in the fast lane to getting scammed these days. Just yesterday a post showed up on a yard sale Facebook page. It said to type “AMEN and SHARE!” and you will receive a blessing. Before you know it several dozen people had followed the instructions, then gotten a reply that they needed to give out their bank account information to receive the “blessing.” Many actually followed through and had their accounts drained.

I deal with customers like this all too frequently. Not all are old either. They are DEAD SET in giving away their money to scammers. It is like they want to be scammed. Often their bank has shut their account down until their computer is serviced so they are only calling me because their bank forced the issue.

I had some woman call me. She was trying to buy several thousand dollars in iTunes gift cards to pay “Apple Support”. The local supermarket wouldn’t sell them to her and kept telling her it was just a scam. She argued with them for 45 minutes. Then she called me, wondering what she should do as she NEEDED to pay Apple to fix her iMac. She was all concerned because the supermarket wouldn’t sell the gift cards and was downright mad at the supermarket employees. She asked what she should do. I told her “The first thing you need to do is turn off and unplug the computer. Then go down to the supermarket and apologize profusely because now you still have money to pay me to remove the backdoors installed by the scammers.”

I has a guy trying to “win” an iPhone off a Facebook post once. Actually it was an iPhooooo0ne or something like that. It had a picture of a Samsung Galaxy and the text described the latest Samsung and Android OS while claiming to be an iPhone. The guy gave them like $2000 over several months, $100 or so at a time, thinking it would just be one more $100 Apple gift card and the phone would be all his. His bank caught onto a pattern and shut him down. Again, he was arguing with the bank. I looked at the ad and ripped it apart, telling him about all the mistakes and how he had spent almost DOUBLE the price of an iPhone over a period of time to try and get one free. He finally realized it was a scam at this point.

I had a married guy with two kids fall for a classic “sextortion” scam on Facebook once as well. That was interesting and am not sure he is still married after that incident. He showed himself to scammers over a webcam, thinking it was an attractive woman. The scammers recorded the footage and were trying to blackmail him with threats of sending the videos to all his friends and family.

The fake tech support scams are hugely popular. Older women looking up recipes often get hit with these on malicious recipe sites that just serve as bait to lure them in. Then the message pops up insisting they call “Microsoft” or whatever and they do. $5000-6000 later they are calling me. Also, NEVER look up a support number online. There are too many fake sites that grossly outnumber the real deal. ALWAYS find support numbers on product literature or a billing statement. Random web searches are too risky for most people.

Dealing with scam victims is by far the most common issue I encounter. It is like people WANT to get scammed with many getting scammed REPEATEDLY with the same scams over and over again. They see that crap on Facebook and just cannot resist. They click before thinking and pay dearly.