So I just bought a used 2013 Escape from the dealership just over a month ago with about 130,000 km on it. We got a significant dump of snow recently and sure enough I got stuck in it. So while trying to rock it out I noticed the RPM’s really dropped off. When I went to pop it into drive and hit the gas the gear would not engage and then would engage after about 20seconds with a clunk. I finally got myself out and got to an area that wasn’t as snow packed and the car just did not have power and seemed like it would not go into second gear. While driving it to a parking lot I noticed I had lost acceleration and couldn’t get the car over 2000RPM. There are no warning lights engaged, but I parked it just to be safe. I will also note that I didn’t see any fluid leaks under the car.

Would you think the transmission is gone, or what does it sound like happened?

Any input would be greatly appreciated.

Sounds to me like it’s gone into some kind of “limp home” mode. Some vehicles are programmed to do that to save/preserve the engine or transmission.

I’d take it to a mechanic, as there’s obviously something wrong. My gut feeling is the transmission isn’t damaged, as you were able to drive it home. But I can’t think of what else might be wrong. 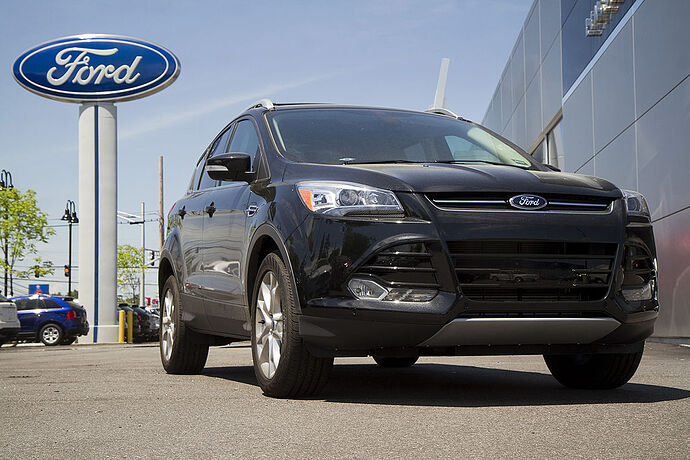 Despite being a popular SUV, there are some Ford Escape model years you should never buy. One model year in particular had a ton of transmission issues.

You mentioned km for the odometer reading, was this a mistake, and are you in the US? I do not think a used 2013 Ford Escape in perfect condition is worth $14,000 US dollars, and with the transmission going out, the question becomes can you afford to put another $4k into it, and should you?

Depending on your financial situation, and how much money is still owed on this vehicle, it might make more sense to cut your losses and get something else. Even if “cutting your losses” means taking a financial loss on this vehicle, or defaulting on a loan and perhaps having to declare bankruptcy if you are sued by the lender.

The biggest question–which probably no one here knows the answer to–is whether or not the actual design problem(s) with this transmission were ever discovered, and whether redesigned parts were released which correct the original defect(s) or not. In other words, whether or not having this transmission repaired or replaced would result in a permanent solution, or whether it would just result in a few years of functionality in exchange for thousands of dollars. Certain transmissions, such as the Ford DCT used in the Focus/Fiesta are known to contain uncorrectable design defects, and even Ford itself has not been able to offer any permanent solution to owners of affected vehicles.

That’s what I had thought, but typically if it goes into a mode like that there would be all kinds of warning lights popping up. So far nothing has illuminated and the system check says all systems are normal. Reverse gear was fine, and is smooth as always, just whenever it goes into drive, I have to wait for it to engage and when it does it’s a pretty loud clunk. At one point when I was stuck I had it in drive and hit the gas and it just rev’d and then engaged when the rpms came down a bit with a pretty big thud. So could just be the clutch, but if it was I wouldn’t expect it to go into reverse so easy.

Managed to get it towed to a transmission shop, but don’t expect to hear from them on Boxing Day.

Yea that was on purpose. I am up here in Alberta, Canada so everything is in Km’s. So I guess 14K here would translate to roughly 10K there. And this escape has all the options, so was a bit more expensive. I think I am going to wait for the trans shop to get back to me once they have a look at it and then likely get a hold of the dealer to see if they will cover any of it. Car was bought about 40 days ago and they had pulled the trans apart to replace some leaking seals before they sold it apparently. So if it turns out it is a trans leak, they will owe me a new trans for the warranty on the work at least.

I still have this thing financed for almost the full amount on this car, but can afford to put in a new trans if I have to. Only agreed to finance to get a better deal on the car because the dealers get a commission on the financing.

Just have to wait and see what the shop says I guess.

So while trying to rock it out I noticed the RPM’s really dropped off.

Rocking a vehicle back and forth to get it unstuck can destroy an automatic transmission.

Spinning your car's wheels to get it unstuck is hard on your car. It increases the fluid temperature and can significantly decrease the life of your transmission.

Thanks! I actually didn’t know about this. I never really rocked it in the sense they are talking about, by quickly going between gears. More so put it in drive, spun a bit, put it in reverse once the rpms dropped down to safe levels and spun a bit and so on. Wasn’t really jamming the gears, as I am pretty careful about that.

From the research I have done on this is looks like I might have wrecked the toque converter or the clutch pac. Hard to tell though because there is no dipstick on the car to check the fluids.

So looks like rocking it out was only part of the problem. Trans shop called and said the fluid was a litre low and that it was burnt. They said it likely needs a rebuild, but won’t know until they take it apart.