First you find a 2005 Taurus SE , then you take the teenager to the vehicle and have it get in the vehicle.

Thanks for that advice. I was hoping to surprise him.

My dad’s more like 5’11" with along torso and he found that car less comfortable to get in and out of then the same vintage Ford Focus he’d rented to do the same 120mi round trip. How similar in size is it to the other cars in the family fleet?

I’m jealous. But there’s a couple things you never buy for someone else. One is a dog and another is a car. Why not just give a coupon you make up for a car and let him choose? Don’t believe all those Christmas time car commercials where people go out and spend $100,000 or more buying new cars for each other.

Don’t believe all those Christmas time car commercials where people go out and spend $100,000 or more buying new cars for each other.

Here is SNL’s version of a Lexus Christmas commercial: 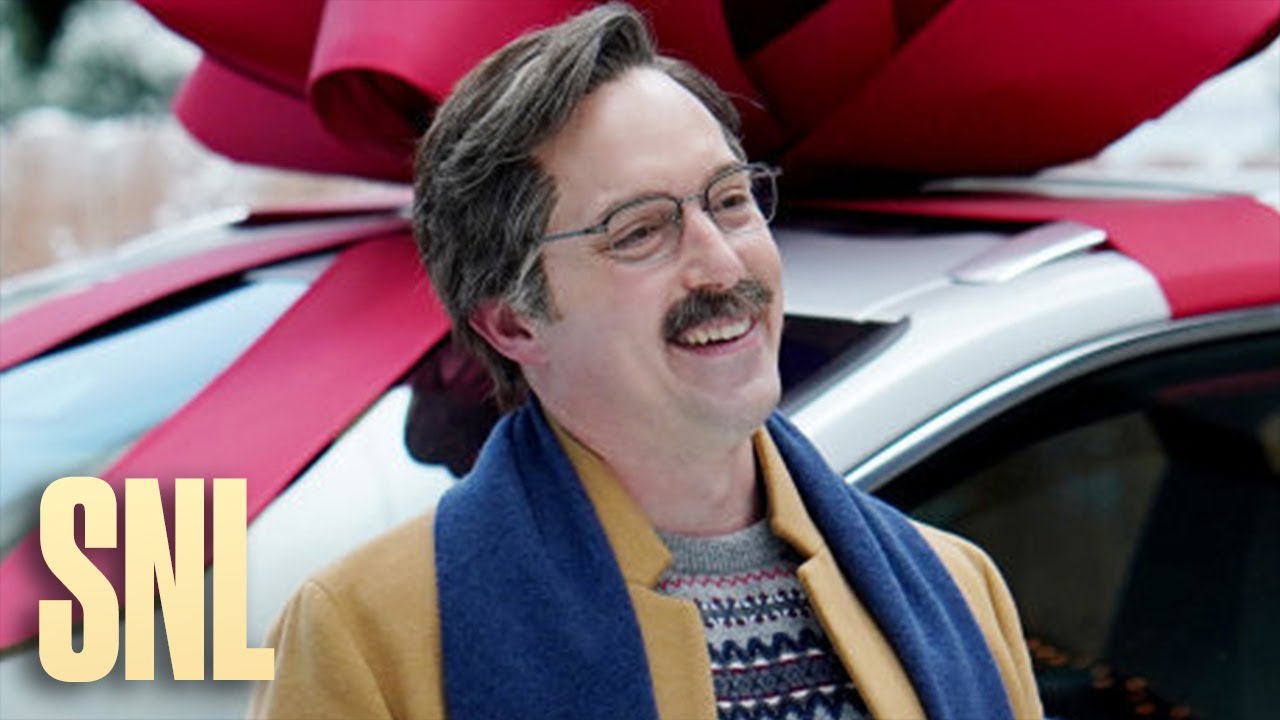 Do you know anyone else that tall that could do the sit test for you? Your son’s height is unusual enough that you probably should tell him you are giving him a car and then go shopping together.

I just can’t see a teenager being thrilled about a 2005 Taurus as a surprise gift .

My teens weren’t thrilled with the ten year old Buick Regal when I gave it to them, but they sure were happy to have a car, even that one.

Impossible to tell if they will fit. Not all people are built the same.

Best to let him sit in the car first before you buy. He will fit, but whether it will be a comfortable fit is another question. At 6-6, this is a big deal with me on picking a vehicle. Your son at 6-10 will obviously have even more potential issues with any vehicle.

Impossible to tell if they will fit. Not all people are built the same.

Exactly! It depends on torso and leg measurements, not just total height.

Best of luck with the thoughtful surprise.

Apparently you have forgotten being a teenager .

I remember NOT being a self-entitled rich kid.

Something in the back of my mind made me look here:
2005 Ford Taurus Problems, Defects & Complaints (carcomplaints.com)

I would NOT get a 2005 Taurus, regardless of headroom. LOTS of transmission problems ($$$$).

It earned the CarComplaints “Avoid Like the Plague” award. I would!

That is actually VERY helpful. Thanks so much, texases!

So like they say, do you want the truth or would you rather be lied to?

I gave my son one of my beloved Rivieras. Sure he liked it but it wasn’t too long that he was picking out his own car and I got it back.

Consumer reports listed cars for tall people. Their tall person was 6’ 2". None of the cars were domestic. The Honda Pilot was one of them. You might get a Lincoln or a Crown Victoria to work somewhat.

A long time ago I owned a first generation Sable and I can say that car was somewhat roomy with the front seat back but I’m nowhere near 6’10". All I can suggest is have him give it a try and see what happens.

Given a choice of a 2005 Taurus or the first car I ever owned I’d take the Taurus in a heartbeat. My first car was a 1958 Thunderbird with a 352 in it
It seemed ok at first (they always do) but after a month the horrible realization had fully set in that the 4 wheeled garden slug did not have one redeeming feature at all and it was soon sent packing.
I’ve owned many cars and never regretted any of them…except that TxxdBird.