My 2003 Toyota echo does not have cruise control. Can I get one installed

Practically-speaking you will find that the answer is no. With a 20-year-old car, a project like that may easily exceed the value of the car itself. Sorry.

I had an aftermarket cruise control added to a base model truck once. It worked perfectly fine.

You might check with a few transmission shops. But to Goreham’s point… it may not be possible or make financial sense on a 2003 model car. 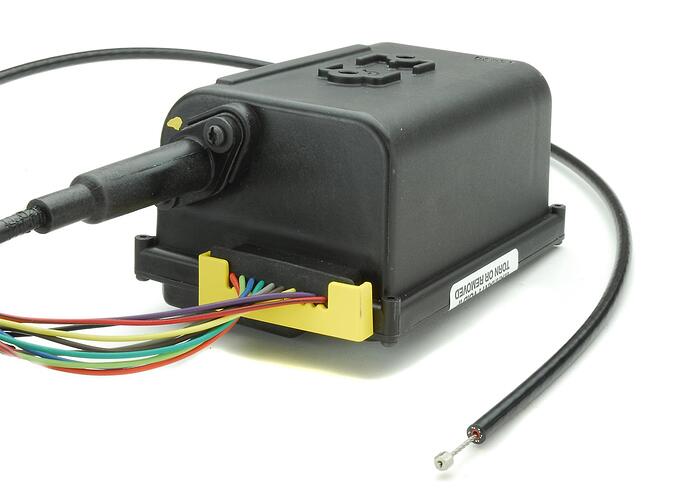 I’m wondering if a 2003 Echo has an electronically-fed speedometer. Also, is this an automatic or a manual transmission?

I don’t completely trust my factory cruise control, I think I’d trust an aftermarket even less, if at all.

I don’t know if that is the exact unit the OP needs, just pointing out what is available. A couple of different suppliers for different applications all around $300.

I installed an aftermarket cruise control in my 1975 Oldsmobile. I needed to install magnets on the driveshaft and a sensor to read them. Worked great.

I bought one of those for my '72 Duster, sat on the shelf until I sold the car, never got around to it. Oh well.

The cruise control store offers a unit for about 350 dollars said to fit all Echo models. There is also the labor factor if one has to pay someone for the install.

I used to install aftermarket cruise controls quite a bit and they worked fine. These were manufactured by Dana if I remember correctly but I have not done one in a year of Sundays. Last one I ever did was on a Dodge Ram pickup belonging to a friend who practically lived on the road due to the job requirements.

The Echo is about the simplest Toyota ever built. I’m not at all surprised that there are many still in use. I’m not fond of them, just willing to admit that a very simple Toyota that is well cared for is still running after 20 years.

Rostra makes one for your car. I installed one on my Nissan Versa 4 years ago and it works just as well as a factory unit.

Of course you can add it. Just go to a junkyard and find a similar car with cruise control, and pull the necessary parts from it.

Don’t be. I see them all the time here (southern AZ).

I added cruise control to a 1995 and a 1998 Ram using mostly used parts except for the clock springs.

The steering wheel switches for the 1998 were one-year-only, so I ordered them from a Mopar dealer online. The dealer sent me a message stating that according to the truck’s VIN, I don’t have cruise control, really? I found used switches that weekend.

I began collecting parts for a Dodge Neon but lost interest.

Just go to a junkyard and find a similar car with cruise control,

I looked at the service manual and owner’s manual for the 2003 Echo, cruise control was not available. Switches and cruise control servo from a different model could be installed but I think the PCM would lack the circuits to make it work.

Don’t be. I see them all the time here (southern AZ).

There really were not a lot if Echo’s sold . But I will wager that George SJ has a neighbor that has one .

I haven’t seen an Echo or Yaris or Tercel here in south Jersey in years.