I was getting intermittent camshaft synchronizer squeal on my 01 Taurus (140K miles) and had it replaced with a new one from AutoZone. After it was replaced, the engine logged a P040 code, and the engine stalled once at a traffic light. It fired right back up. I cleared the code and since, the engine has run flawlessly but the P040 code keeps reappearing. I plan to drive the car on a 1500-mile trip soon and am concerned about this condition. Any ideas are appreciated.

All P04XX DTC’s relate to the EGR system.

Any one of them.

That wasn’t a question, it was a paste. Sorry.

The key word in that is “CIRCUIT”

Since it says circuit, that means the problem could lie in any part of the system
the sensor, the wiring, connectors ,or the PCM

What mystifies me is there was no code before the part was replaced, just an occasional squeal. The old part had a loose shaft that explained that. Maybe the new part is defective?

It could be a possibility. also moving any wiring around could have caused a break in a wire or connector. 21 years of engine heat under the hood.

Makes sense. Oddly enough, the trusted technician who installed the new part predicted I might get a trouble code and said it was nothing to worry about.

From what I see a p0340 for an 01 Taurus V6 3 L VIN S engine means the computer is not detecting a reliable signal coming from the camshaft position sensor. Were there any changes to the wire harness or harness wire routing or shielding when the part was replaced?

If not, then ask your shop to check for damaged or incorrectly installed sensor, open circuits, shorts, power shorts, sensor ground etc. Make sure the factory cylinder head ground connection to the chassis ground is correct. I presume the battery was disconnected before replacing the part. If not, damaged PCM is very possible too. Other systems in the car, damaged enought they emit emi, can cause this problem. Any recent alternator problems? To get to the bottom of it, may require shop do lab o-scope testing.

One caution: Sensor may be used to detect which crankshaft phase to fire spark plug. No signal from that sensor means spark plug must be fired on both compression and exhaust stroke, so ignition system may be over-stressed until code is resolved.

No signal from that sensor means spark plug must be fired on both compression and exhaust stroke, so ignition system may be over-stressed until code is resolved.

OP, do you have the U or S version of the engine? There’s probably an engine ID label on the underside of the hood.

Thanks for your input. I’m reasonably sure the battery was disconnected because I reset the clock. There were no previous issues with the car before the repair besides the intermittent squeal caused by the worn part.
Your caution is well-taken. I’m wondering if I should replace the sensor - - it’s only about $35.

OP, do you have the U or S version of the engine

It’s in the title of the thread , U

It’s also the 8th digit in the VIN number.

It’s in the title of the thread , U

Thanks. From what I see the diagnosis for this problem is the same U engine or S engine. I wonder what the differences between the two engines are?

The mechanic may have forgotten to plug the sensor back in after replacing the synchronizer. 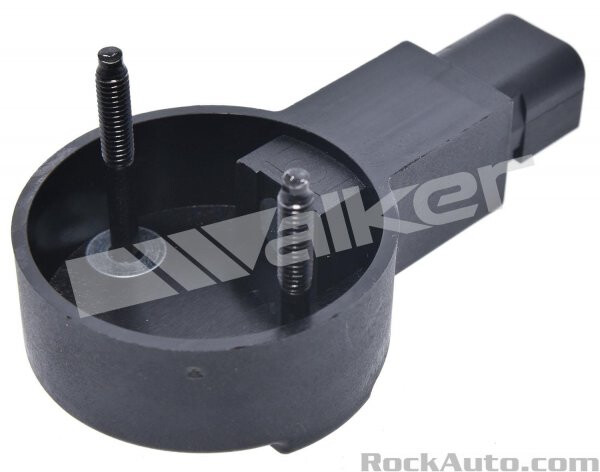 Or, the sensor was damage when it was reinstalled.

Just went out and checked the connection and it looks good. That’s the exact video that led me to the source of the squeal. Except for the earlier one-time stall, the engine runs flawlessly, but I don’t want to ignore a potential problem, especially traveling. Yours and all suggestions are truly appreciated.

This is a serious diagnostic trouble code. A problem with the car’s ignition could cause it to fail to start. The driver may also feel a lack of power while driving. The driver and anyone else on the road are in danger because of these symptoms, which make the vehicle unsafe to operate. If you ignore the P0340 error code for too long, you run the risk of causing damage to other engine components. Diagnosing and fixing the P0340 error code as soon as possible is critical.