2000 Acura 3.2 TL bought beginning February with 227k miles, running perfectly – around beginning April started to experience transmission slow to engage on using first thing every cold morning (would ‘catch’ after 2-3 hits on the throttle); also occasionally when not first thing in morning, but when the car had been sitting for many hours in cold temperatures. Otherwise the car drove normally.
After 1 week like that, the transmission started to ‘fail’ – on the drive over to a transmission repair place – jumping gears/all warning lights etc. Got the car to the repair place driving gently in 3rd gear, they tested it and told me they “got several codes”, and that the transmission needs replacing.
Then leaving the repair place the car drove normally(!) and continues to with only some mild delay engaging, in the (now warmer) mornings, aprox. 5 weeks/1,000 miles later!
I made several inquiries, including to an Acura dealer (by phone, they’re not local) and all advised me to replace the transmission.
Might anyone have had a similar problem, or know of any possibility that I can get this diagnosed (by dealer?) as something that would not require replacing the transmission? Thanks!

Dealerships and transmission shop chains have one thing in common: Their default approach to transmission problems of any sort is to replace the transmission. This is great for them because it’s faster to swap a transmission than it is to take it out, repair it, then put it back in. But it’s bad for you because transmissions are expensive.

You need to take it to a good, independent, locally-owned shop that gets good reviews and have them look at it. If they say it needs to be replaced then it likely does.

is that something that my regular mechanic, who doesn’t do transmission work, but is really good (and honest/up front) might be able handle?

Absolutely. Many TL owners do the work themselves if they’re mechanically inclined. Your mechanic shouldn’t have any trouble with the job - but you want to be sure that it will help. Replacing the switches on a transmission that’s already shot would just waste your money.

No idea how much that would cost, and I’m not familiar with what the pressure switches are (as well as most of the workings of a transmission)- but as the transmission seems to be holding its own at this point, might that work to buy me some time (and allow me keep putting the $ away for the big job)? Or will the transmission continue to deteriorate regardless? Appreciate your help!

I would have your mechanic look at it and see what he thinks after you describe the symptoms you’re having.

but as the transmission seems to be holding its own at this point, might that work to buy me some time (and allow me keep putting the $ away for the big job)?

In my experience, its not cost effective to replace a transmission in a 18 year old car.You can find a similar car for less than what a transmission replacement will cost you.

Excellent. I really appreciate it Shadowfax, especially since I was not able to get this guidance from anybody I dealt with around here. Will be taking this to my mechanic.

Appreciate that advice- I’ve added it up, and it’s a close one, considering the prices of similar cars around this area. I do know the previous owner of this car, and know that it was very well maintained, and to replace the car with something as good, bought from someone I don’t know, would cost more than the transmission work. But your point is well taken, and I certainly will give that some more thought. Thanks! 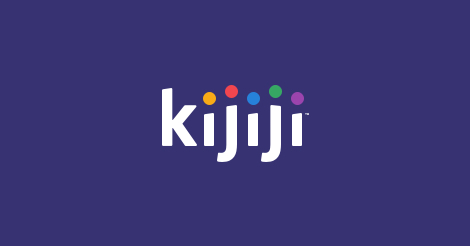 Point even more well taken, and I think I will start looking. But I’d have to be reasonably assured, if buying another one like this, that the major stuff like timing belt, transmission etc have already been properly dealt with, and that might be a tough thing to find. Buying one from a dealer with a decent warranty would be desirable, but that would probably be a hard to find as well. Taking your advice and will do some shopping.Thanks Jappy, for your reply and your time. If I find anything interesting, I might submit a question or two again…

What you seem to be saying is that OP should spend 1500 bucks on a car that he doesn’t know the history of, and has no idea if proper maintenance was carried out, and which at that price point almost certainly will require work (at minimum, fluid replacements) versus spending potentially a couple hundred getting the switches replaced or, at worst, spending a couple thousand to restore a car that is otherwise in good health and for which the OP knows the history and reliability of.

I can’t really agree with your logic.

! Agree, and thought it was a pretty clear-cut situation shadowfax, with all due respect to COROLLAGUY. As he was good enough to offer help, I thought I might give it another look. Of course there’s also the option of looking for a cheaper brand- but I’m very impressed with the Acura and want to stick with that, so…

The shop is probably telling you to replace the transmission b/c in their experience messing with the 227K tranny’s sensors, switches, and solenoids will only offer temporary relief, if that. What I’d do w/that situation is have a proper service done, which usually means to drop and clean the pan, replace the filter, and re-fill w/fresh fluid. If that helps but doesn’t solve it 100%, drive 100 miles, and do it again. If there’s an easy to replace part ID’d by the diagnostic codes, replace that as well. Some of the replaceable parts are attached to the throttle valve body, not the outside of the transmission. So you’d have a make a judgement call on those. Anyway, if all that didn’t fix the problem, and I wanted to keep the car for sentimental reasons, I’d find a used transmission at a junkyard and use that as the replacement.

Thanks very much GSJ1, this is very helpful, and will be talking this over with my mechanic this week. I’m curious about your suggestion to do these things, then if it helps but doesn’t solve it 100%, to drive 100 miles, and do it again- trying to learn something here: is this because fluid/filter replacement etc can get rid of some loose/foreign matter that’s causing problems?

Also, I do want to try keeping the car, but I’m very dubious about being able to find a transmission at a junkyard that won’t have the same problems- unless I were to get extremely lucky and find one from a 2000-2003 wreck with less than 50k or so on it- but that doesn’t seem likely to me. What do you think?

Without reading all the other responses, that era of Honda transmissions were trouble prone and unrepairable. They were just replaced. On every Acura I’ve had, I religiously change transmission fluid every 30,000 miles without fail. If you bought the car with a lot of miles, it is doubtful it received the same level of care. Too bad but that’s how it goes. Maybe you can get a little more out of it but the writing is on the wall.

I don’t believe anybody has mentioned which codes the transmission shop retrieved?

I hope this is an independent, and not a big-name franchised shop

sonnax is a company which has several silver bullet repairs for automatic transmissions. Depending on the nature of the problem, they may just have a kit

All these people talking about Blue Book value, and suggesting that you buy something else because necessary repairs exceed this amount are missing the point. The Kelley Blue Book, and other similar valuation guides are a measure of what a stranger might pay for a particular vehicle. The values given take into account the fact that any used car can only be assumed to be in average condition for its age and mileage. And of course, most used cars have problems which are not disclosed to the buyer, hence why older models have such low resale values.

Of course, the value of a car to its owner is going to be much higher, and the cost to replace the car with something decent will be higher still. If you know that your car is in good condition, has been properly maintained, and has never been involved in an accident, that has a huge value, which is not reflected in the resale pricing.

My advice is to compare the repair costs not to what you could sell your car for to some stranger, but rather to what you would end up paying to replace it. Currently you have no monthly payment. Due to the age of your car, you probably only have liability and medical/injury insurance.

If you buy something else, how much will it cost? Will you be able to pay for it outright, or are you going to be locked into a loan payment for years to come? How much will your insurance and registration costs increase?

If you repair or replace the transmission, you could likely drive this car for many years to come, thus saving all these added monthly costs, which add up fast.

Just my two cents but I drove my Riviera to 530,000 miles. I kept detailed repair records and costs. After it was dead and buried and I had the inclination, I did a spreadsheet covering the cost for each 10,000 miles to see if it was really worth it to keep it alive. I also did the same thing for my Olds diesel that went to 480,000 from new. What I found was that I would have been money ahead to junk it at around 350,000 instead of fixing it. The only major thing I did was a trans overhaul at 300,000 just because I wanted it fresh. Other than that it was the normal stuff and a few fuel pumps. So I guess it just depends on if you plan to keep the car long enough again to recoup the repair costs. Otherwise I am less inclined to keep a car running forever. But I liked the car.

I’m curious about your suggestion to do these things, then if it helps but doesn’t solve it 100%, to drive 100 miles, and do it again- trying to learn something here: is this because fluid/filter replacement etc can get rid of some loose/foreign matter that’s causing problems?

A fluid replacement only drains about 40% of the fluid. There’s a lot in the torque converter that doesn’t get drained the first go around.