The infamous 1997 F250 with the 7 lug wheels is back! This time it is a hydraulic clutch issue.

The clutch had basically been smoked when I got the truck over 10 years ago now and it was replaced by a shade tree mechanic. I seem to recall him replacing the slave cylinder at the pressure plate but not the primary cylinder up on the firewall. The kit didn’t include this and it was working so why not just leave it?

Anyway, a year or two ago I had to add some brake fluid to the tiny reservoir when I couldn’t get the truck in gear. The clutch wouldn’t release. All seemed well until I had to do this again.

With the recent cold, the clutch behavior has gotten more erratic. It seems to act up if even a DROP of fluid is missing from the reservoir. A small amount of fluid is being lost somewhere but I don’t see it. Also, I get the feeling the internal seal is leaking internally. Sometimes the clutch is fine and sometimes it is a tad hard to engage. I can also tell it feels like it isn’t releasing 100% which is just putting more wear on the sychros trying to make up for this so that isn’t good. This truck has always had issues with intermittently grinding going into reverse so wonder if this has been going on a while. The clutch seems to work better if the truck is driven more frequently and acts up if it has been sitting, especially in the cold. I think a seal is hardening up and not performing as it should.

It seems something is definitely up with one of the hydraulic cylinders. It was an Oreilly kit that went into the truck so the second cylinder was new 10+ years ago. I was thinking about trying to replace the primary/master cylinder and leave the rest alone as replacement of the secondary/slave involves separating the engine from the transmission but I understand this can be a pain with bleeding and all.

How complicated of a job is this and what are the odds it is just the primary cylinder? How about bleeding vs. using the suggested complete and prefilled kit that requires the separation of the transmission?

Clutch bleeding is pretty easy, at least the ones I have done. Crack the bleed screw and let gravity take over. The master is high, the slave is low and there are not many twists and turns in the system.

I haven’t had to bench bleed a clutch master but it should not be hard on the truck.

Pull back the carpet from the firewall, and see if hydraulic fluid is leaking from the back of the master cylinder.

The directions make this sound difficult or impossible. Can I access the bleeder on the slave cylinder with it being installed inside the bell housing? If the entire thing has to come apart I will take it to the shop and have it done as a set. If they have any issues with the clutch or any part of that system I will have that done as well since most of the work will be done.

Shop for Duralast Clutch Master Cylinder 10639 with confidence at AutoZone.com. Parts are just part of what we do. Get yours online today and pick up in store.

The bleed screw for slave cylinder sticks out of the side of the bell housing. 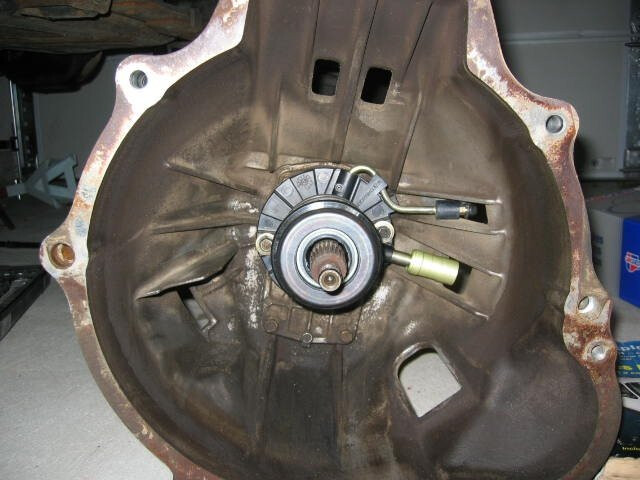 Thanks! I will take a look under the truck once some of the snow melts off. I assume I have nothing to lose by trying to replace just the master and see if that is the main issue I am having before having it cracked all the way open?

I will get the part on order and do the work on the next nice day. Someone said to use a radiator pressure test kit loaner tool as a pressure bleeder to make sure all the air comes out.

I decided to take this one to the shop and just let them take care of it. I have been SUPER busy so this is just easiest.