I was unaware of this and thought it a good idea to make others aware. The axles are breaking and causing fatalities. Spread the word

How, exactly? I don’t understand.

It was just on the national news. Im not sure how. They showed them breaking in the middle

The rear axle on those things arent much to begin with. I believe thee is a recall in effect. I guy and i think hid kids were killed and the recall arrived a week later in the mail box

Find a link and post it, please. I would like to see this, especially since the Windstar was not made until the 1995 model year. I have a 1995 Windstar and it has been as good to me as a $500 vehicle can be.

I could have got the years wrong. Ill see what i can find

I just did a quick search and there may be a campaign to get the NHTSA involved in investigating 1999 to 2003 Windstar minivans. I guess my oldie is not affected. 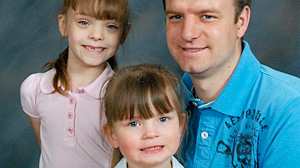 "When Is Dad Going to Get Here?"

Due to a serious, hidden flaw in Windstar vans that Ford took years to do anything about, 28-year-old Sean Bowman of Massachusetts was killed on his way to pick up his two young daughters. "They asked, 'When is Dad going to get here?'" said Justine...

Check below. This is what i seen

Thanks for the link.

It could very well be another case of a car maker stonewalling an issue, just like all of the others do.

There’s a few points that could be made about this particular incident.
According to the story it’s not been determined for sure this is even what happened with this vehicle.

At some point in time a car owner is responsbile for inspecting or having their vehicle inspected for potential problems on a somewhat regular basis. Corrosion bad enough to cause an axle to break also means that the rest of the vehicle is likely just as bad. (brake lines, control arms, ball joints, trailing arms, for example)

The widow says the husband would be alive today because if he had received that letter he would have had the van fixed immediately. Maybe, maybe not. People receive these letters all of the time and toss them on the end table with other junk mail to be forgotten or in the circular file. A vast number of Recalls are never performed even when the car owners have been notified.

Car makers are not required to notify car owners my mail of potential problems before or even after an official Recall is issued. They are only required to make the knowledge available in the public domain.

As far as I know there has never been a car maker who has not had problems or issued Recalls that have to do with safety issue; some leading to injury or death.

“…Car makers are not required to notify car owners my mail of potential problems before or even after an official Recall is issued. They are only required to make the knowledge available in the public domain…”

If I remember the rule correctly, all owners need to be notified as best they can be. At the very least, that means notifying the news agencies, but it also means contacting the owners if you know who they are and where they live. The problem here is that most state DMV’s protect the list of registered owners and will not release a list - even for a recall! So the only thing a vehicle manufacturer can do is use their own and their authorized dealership’s records. But when cars change hands, it becomes increasingly difficult to contact the current owners.

Recall parts have been automatically shipped to Ford dealers. Recall notices are mailed to all registered owners of involved vehicles. If you question your vehicle, just simply pop in to any Ford dealer and they will inspect your vehicle.

I currently have inventory to reinforce 12 vehicles in Gallup NM. Needed axle beams will get ordered.
To date, no one has come in for this recall.

To physically and verifiably notify every car onwer of all Recalls would require that every car maker have an entire building full of investigators whose sole job would be to try and trace down every vehicle and owner.

Imagine if a Recall covered a million cars and was 5 years after the fact. The tracking down of those cars would cost countless millions of dollars and many years.
You’re correct about “as best as can be” but that’s a pretty loose interpretation.

My son is the second owner of a 2000 Ford Windstar van. I was the first owner. He has received a recall notice. He is in the process of selling this Windstar, so I urged him to see the Ford dealer before he turns it over to another owner.

I wonder how many 1998 to 2003 Ford Windstars are still on the road. The newest model affected is 8 years old. They need to have this defect corrected if they are to remain in service.

Sometimes safety defects take a while to surface. I read where the Servel gas refrigerators are being recalled because the burner may partially clog and carbon monoxide fumes are then released into the air. The Servel company went out of business in 1957, so the government is doing the recall. Apparently, the government pays $100 for a Servel gas refrigerator that is turned in.

Not at all. What it would take is a computer or two and access to the state DMV registration records. The car maker knows the range of VINs involved in the recall, the state registration records have the VINs, thus the owners of currently-registered vehicles can be located without too much difficulty.

The vehicle manufacturer is required to track down and notify the owners of recalled vehicles. See the attached guidelines published by the feds.

If you want to find out abut recalls, go to:

Summary:
In a letter dated August 26, 2010, Ford Motor Company (Ford) submitted a Defect Information Report notifying NHTSA that it will conduct a safety recall (NHTSA Recall No. 10V-385) to address a rear axle defect in model year (MY) 1998 through 2003 Ford Windstar vehicles built at the Oakville assembly plant from September 1, 1997 through February 28, 2003 and either sold or currently registered in high corrosion (Salt-Belt) states where the use of salt and other corrosive chemicals may be used to treat snow/ice covered roads. The following states are included in Ford’s recall: Connecticut, Delaware, District of Columbia, Illinois, Indiana, Iowa, Kentucky, Maine, Maryland, Massachusetts, Michigan, Minnesota, Missouri, New Hampshire, New Jersey, New York, Ohio, Pennsylvania, Rhode Island, Vermont, West Virginia and Wisconsin. The subject vehicles utilize a Stamped/Formed axle assembly manufactured by Benteler automotive Corporation of Galesburg, MI. According to Ford, after many years of vehicle service in the Salt-Belt states, corrosion can weaken the rear axle, making it susceptible to torsional stress. There is a risk that the combined effects of corrosion and stress can lead to cracks which, if undetected, can propagate and result in a complete fracture of the axle. A completely fractured axle can affect vehicle handling and increase the risk of a crash. To correct the safety defect, Ford will initially inspect all of the subject vehicles brought into Ford/Lincoln-Mercury dealerships for possible cracked axles. Owners of vehicles without cracked axles will be notified when to return for the installation of reinforcement brackets to extend the axle durability in the presence of corrosion. Owners who have vehicles with cracked axles will either be offered a repair or alternative transportation until parts become available. On May 13, 2010, the Office of Defects Investigation (ODI) opened PE10-016 to investigate complaints of rear axle cracking in MY 1999 through 2003 Ford Windstar minivans. Combining ODI and Ford complaint data, ODI is aware of a total 891 complaints alleging rear axle cracking in the subject vehicles. Over a third of the complaints (334) allege that the cracking progressed to a complete fracture of the rear axle, including 8 allegations of crashes resulting in 3 injuries. Approximately 57 percent of the subject vehicles (524,661) were sold in Salt-Belt states covered by Ford’s recall and Ford estimates that approximately 463,000 of these remain in service. Ninety-six percent of the complaints (858) and all of the complaints alleging complete fracture were from the recall region. The action taken by Ford is sufficient to resolve the issues raised by this investigation. Accordingly, this investigation is closed.