The last post (removed) didn’t get a lot of traction, probably because of how long it was. Here’s the condensed version.

Here’s the problem:
◘The car doesn’t give as much power as it used to. It happened all of a sudden while I was on the highway.
◘The acceleration is horrible, but speed isn’t limited.
◘Cruise controls, which always worked well, doesn’t maintain the speed I set
◘When going high speeds, there’s a smell of something burning and light smoke comes from under the car. When staying at low speeds, such as 35 mph, there’s no smell or smoke.
◘There’s what sounds like metal rattling when going low speeds.
Overall still driveable.

I replaced all the spark plugs, changed out some transmission fluid with a pan drop, and replaced the oxygen sensor, but the problem persists, except now it’s worse.
Along with the same problems listed…
◘The gas pedal is much easier to depress
◘When the gas pedal is depressed, the car will constantly lose the “grip” and catches back on and jerks forward. (engine revs don’t match the speed I’m going when going low speeds).
Now it’s much less driveable.

I think the transmission has gone bad, but I want to know others’ inputs before going about getting the transmission changed out. Is there anything else I should take a look at?
Any help would be much appreciated and I’ll answer any questions as soon as possible.

Is there anything else I should take a look at?

Yes, What engine, how many miles on it? Is the check engine light on? What are the error codes? This is an old OBD1 car so you’ll need someone with a code reader for the early Ford.

What did the trans fluyid look like when it came out? Bright red? Brown? Black? Did it smell burnt? Is the transmission properly filled after the change?

◘The Engine is 5.0
◘The engine light does not turn on.
◘The odometer stops at 99,999 before it resets to 00000. i believe i’m the 3rd person to own this car, so i’m gonna bet that it has over 200,000 miles.
◘I’ve never seen a plug for one of those reader things anywhere on the car before, but i can try to have another look.
◘The fluid was black and brown. Kind of orangish. It was the first time we did anything with the transmission fluid after driving it for a year. It didn’t smell burnt when it came out. Just had the normal transmission fluid smell.
◘At first the transmission fluid wasn’t filled up to the crosshatched area, we didn’t realize this and drove around the block with the “low transmission fluid problems” trying to figure out why these problems (typical low transmission fluid problems) were occurring, but realized we had an incorrect reading and what we were reading was the fluid from the side walls of the tube getting onto the dipstick. Afterward, it was filled properly.
◘I don’t know the history of the catalytic converter, but when i looked at it, i could see weld burns, so it’s possible someone before me replaced it years ago. (person who had the car before me was back in 2014. After that, it has been sitting for years till i bought it in 2019.)
◘Engine compression test has not been done.
◘The fuel pump was replaced last year after i bought it
◘fuel pressure has not been checked

Ok, there is a diagnostic port, not OBD1 but there is one. It is underhood, I believe. You don’t have a light, so you probably don’t need to read out the codes. Apparently it can be done with a test light and some jumpers. YouTube can show you where and how.

You have a diagnostic job ahead of you. There are a number of reasons the car could act like it does. Basically, a lack of power. First things first, hook up a vacuum gauge, start the car, look at the gauge. Look to this article and videos for direction. 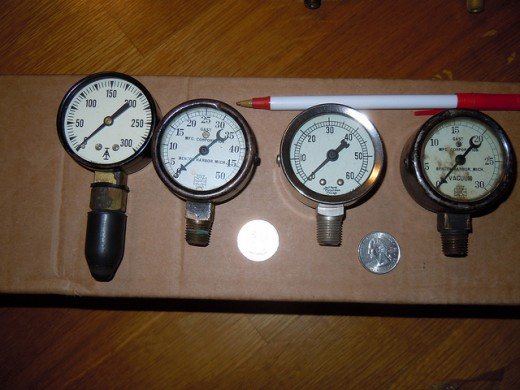 Use a Vacuum Gauge to Troubleshoot Your Car's Mechanical Problems

Use a vacuum gauge to find car mechanical problems faster at a low cost.

I’d run a compression test to see if the engine is just plain worn out.

If the cat is plugged, it can be tested by removing the O2 sensor and threading in a pressure gauge and driving a few full throttle runs. It should not exceed about 1 psi in backpressure.

Try those, report back.

It revs normally as it would if it were in park or neutral and i were depressing the pedal, but it happens when i’m in drive or reverse. Like, if i’m in drive, it’ll be in drive and go but then goes into what feels like neutral. When it’s in this state, that’s when the engine revs, and then it’ll go back into drive and push forward all while I’ve been in the Drive gear the whole time. It does this constantly as i’m driving

Thanks Mustangman. I’ll see what I can do.
Anyone else who sees this, please do chime in if you have any other takes or questions.

OK, thanks for the description, I’m guessing transmission problems, I’d think a replacement wouldn’t be too expensive, since there are so many CVs around.

Yeah you’re probably right about that

You could do a driveway converter stall test. This MUST be done as stated and will let you know if the clutch packs are holding in the transmsission. If not, then age and wear is doing the trans in.

And remember, do NOT abuse this process or you will have a problem. Once it stalls back off. Do not hold it.

Thanks for the helpful insight! I’m going to need to buy and install a tachometer for this.
I’ll also look more into the converter stall test.

Have you found a good independent transmission shop? You’ll need one if repairs are required.

I haven’t but thanks for the heads up. I was actually planning on buying a whole new transmission if the transmission ends up being the real cause of everything. Or do you think having it rebuilt would be cheaper?

I’d think finding a rebuilt one to put in would be better, but I’m no transmission expert. But I do know I’d want a shop to do it, those things are HEAVY!

So used to everything having tachs I forgot those cars did not have one. Back in the mid 80s when the Taurus/Sable line came out i think the Sable was roughly 400 dollars higher on the MSRP than the Taurus.
The only difference was the Sables had a standard tach in them.

The AODs are from a long time ago and the problem if you find one may not be the mileage. Even a low miles unit will have 30 year old seals all through it. This means there could be pressure issues which lead to slipping which then lead back to square one. All rubber ages no matter where it’s located.

You may have heard many complaints about air ride failures on Lincolns and it being a lousy design. Not really. It has rubber bags and after 15 or so years the rubber will acquire dry rot around the folds just like any rubber exposed to the elements. Tires, serpentine belts, timing belts, it all goes south at some point.

Don’t forget to factor in the torque converter, lines and the transmission cooler

you’ll want to replace/rebuild the converter

The lines can probably be flushed

But you’ll want to consider replacing the cooler . . . which might be part of the radiator

I would like to thank everyone who was here to assist me and those I haven’t yet replied to, but you are definitely acknowledged.

I have an update with the car
So, just today I took the car to a place that specializes in transmissions, and on the way there, I learned that the car neutrals out on me when driving only at low speeds. To be more specific, only when the car is in 1st gear (Automatic Transmission car, btw). Any gear after 1st, the car drive like it has been driving with the terrible acceleration, lack of power, rough idling and such (which is the main problem)

The transmission shop tested the transmission by driving the car themselves and they got back to me saying that it’s probably that the clutch has burned out which is causing that slip at very low speeds. They offered to rebuild it for $1,800, but I can’t afford that just yet. I told them about the problem with the acceleration and the lack of power, and they said that it’s possible that the transmission might be playing a role in it, but also it might not be…

So I wanted to take the car back home, but now there’s a new problem. The car won’t start
All the fluids are filled properly, and we added about 3 gallons of gas just in case it was low on gas. We also tried to start it by using starting fluid, but it just won’t start. What happens is, it’ll sound like it wants to start, but can’t. It’ll get to the point where it sounds like it’s going to start (it’s a sound I really know) but then it just doesn’t. After that point, (key still turned in the ignition as if starting) it makes that noise as if you were to keep the key turned after the car had already turned on.
I can confirm that the fuel pump is working properly, I and my dad checked it while trying to figure out why it wasn’t starting.

Does anyone have any ideas?

I can confirm that the fuel pump is working properly

What’s the fuel pressure at the engine?

Do you have spark?

Is the engine cranking over fast enough to start?