Would it be possible to have aftermarket air conditioning installed on an early 00s car?

Yes, it is possible. The generic AC parts from hot rods can be used. The AC unit will eat up a TON of under dash space on the passenger’s side and you likely will either need factory AC compressor brackets (from a wrecked car) and an OE compressor and then fabricated lines, plus possibly custom fabricated brackets for the other components. The wrecked donor might be a good source of brittle 21 year old parts allowing a more factory looking installation. If you are a talented fabricator, I’d guess you could do it yourself for around $3000. Figure $4500 to $6500 if you have it done.

It this car really worth that?

Sure, my bil added ac to both his 56 ford pick up and 62 fairlane. No idea what it cost but does a lot of work himself. But he lives in Kansas.

Only takes money. As mentioned, you’ll be better off getting all the parts you can from the same type car at a junkyard, not many ZX2s out there but I’d think the same year Escort should work. While I put it on my '72 Duster, it’s a different world in the cramped confines of a recent FWD car.

On second thought, used a/c part can be pretty chancy, may not be good. Turns out there are a lot of parts available for a 2001 Escort on rockauto, including a kit with much of what you’ll need in the engine compartment for a few hundred $$: 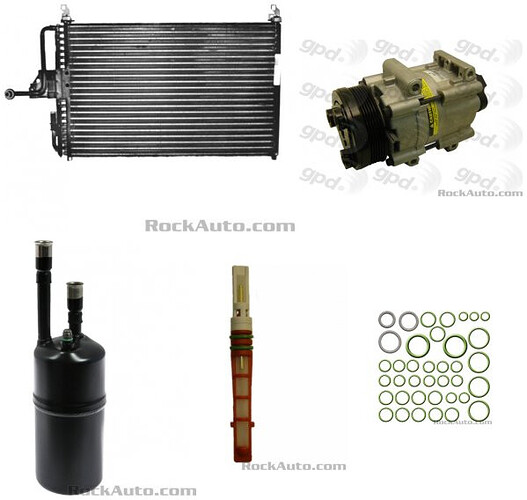 If the OP’s car has a center console, it is possible that there might not be sufficient room.
This type of installation was fairly easy on American sedans of the '50s, '60s, and '70s, but it is possible that it might be a no-go with a more recent sub-compact.

If the OP’s dashboard & center console look like this, I think it is likely that there isn’t sufficient space for an under-dash A/C unit… unless those aftermarket units are now a lot smaller than the ones that I remember: 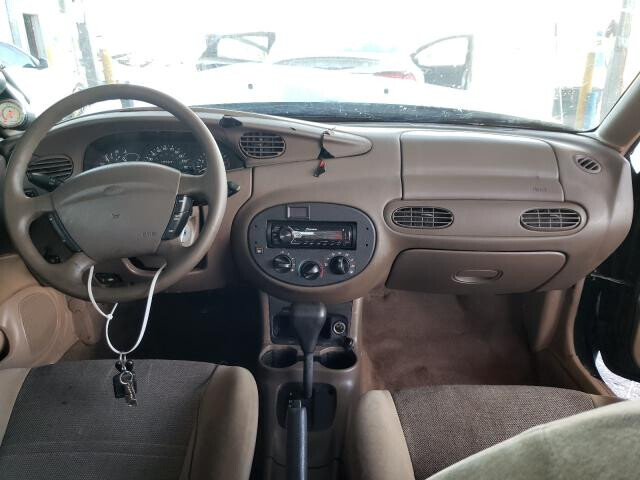 There are units designed for, say 1932 Ford hot rods that I think would fit the width… but few passengers would be happy!

You use the phrase “to have…” and I take that to mean you are lacking in the skills and equipment to do something like this. To have it done will get very expensive. It would be far cheaper to sell the current car and buy one already fitted with A/C. Of course, selling a car sans A/C in the summer can prove to be difficult…

The big problem with modern era cars are the center consoles and lack of room. I do not see much of a problem with the condenser, compressor, etc but the evaporator could be a real sticking point. Best method would be the use of an original Escort evaporator but again…it’s going to get expensive.

For what it’s worth, I’ve installed a lot of A/C units back in the 80s and 90s when that was still being done but those units were made for the car in question. I’ve also built some from scratch but an underdash evaporator stuffed under the glove box means your passenger would be riding with their feet on top of the dash.

I’ve installed several aftermarket air conditioner systems in vehicles. AC aftermarket kits were easily obtained. But that was years ago.

When I just browsed through sites offering aftermarket AC kits, they only list units for “classic” cars, well before 2001.

I’m sure an AC unit can be installed in a 2001 Ford Escort, but it will require lots of expensive custom work.

You know it wasn’t that long ago that not many people had ac at all, even in their houses. I remember driving through Wyoming in the summer at about 100 degrees. We used wet towels on our laps. Over a hot grill in the restaurant, I’d drape a wet towel around my neck, like our boys in the desert use. So I dunno, we lived through it. So maybe if on a date where sweat and Bo would be a problem, rent a car, otherwise maybe just suck it up. Unless you are 80 years old.

I have a 2001 Ford Escort ZX2 and I was wondering if it would physically possible to have an aftermarket air conditioning system installed.

With enough determination, effort, patience, and of course $$$$’s, anything is possible

I think you’d be better off $$ -wise to sell this car and buy one with AC, even the same make/model/year. But if you are asking theoretically, yes it should be possible, assuming this car had an AC option new. If you are living in one of those currently heat soaked areas in SW USA, a used car w/AC may be very hard to find & expensive. San Jose climate is considerably cooler than Dallas, but it occasionally gets really hot in San Jose too, and when that happens all the home improvement stores run out of all their AC window units almost immediately.

Sort of reminds me of a caller from San Francisco on the radio show with a VW Beetle (air cooled), wanting to know if it is possible to install AC on her Beetle? Tom, laughing: "AC on Beetle? Smoke a joint and forget about it!! "

My advice would be to rough it out for a few more years with this car, until the insane car price situation stabilizes

Years ago, I purchased a 1995 Dodge Ram with no air conditioning, truck was originally sold in Canada.
Mopar A/C kit was no longer available for this model year. I bought new OEM parts, my cost was about $900. Install takes 8 to 10 hours.

The A/C evaporator fit inside the HVAC unit under the dash without modification, all Rams came with the same HVAC box, with or without A/C evaporator and with dash vents.

If your Escort looks like the one in post # 6, your car has vents and ducts for A/C, you don’t need a classic car under dash unit.

Back in the 80’s and 90’s there were many AC installation companies who installed aftermarket AC kits on almost any vehicle made.

OP, fyi , the big time consuming job for an AC retrofit is installing the evaporator. It’s the part that gets really cold, the source of cold air for the passengers. Unfortunately it is usually located in a very difficult to access location, passenger compartment, under the dash and against the firewall, which makes it very time consuming to retrofit.

Labor time for the evaporator core installation on the Escort is 3.6 hours.

Labor time for the evaporator core installation on the Escort is 3.6 hours.

That would make it one of the easier ones to replace/install, imo

I’m seeing 5.2 hours labor for evaporator-core replacement on a 2001 Ford ZX2. Maybe less time required when doing it on a car that didn’t come new w/AC. Or maybe just a difference of opinion among the service data providers. 5.2 hours on a standard Escort as well.

That would be over $1,000 in labor for this half-baked idea. I hope the OP realizes the futility if this project.