Why I avoid valet parking situations

… and my car is not anywhere near the same league as this one!

any man who would drive a yellow ferrari would go to a ministers funeral dressed in chicken feathers. says BIG E BURDETTE

I’ve seen other columns written by folks who worked as a valet describing all the crazy stuff that happens. Bottom line: avoid valet parking whenever possible.

I don’t trust valets to use my clutch without breaking it.

There is no way on this green earth that I’d give my car keys to a valet.

But, than, if I had a fleet of luxury cars at each of my mansions, and ate at restaurants that charged $500/person, and a Bentley was a gift I’d give my girlfriend, and I had a top legal firm on retainer, than it probably wouldn’t bother me.

I don’t let other people drive my cars period, including valets. However, I smell something on this one like a little cash passing to the valet to slip him the keys.

When the Viper came out it was a 10 cylinder 4-valve per cylinder vehicle for a total of 40 valves.

The Valet key disabled 20 of those valves, so the driver couldn’t abuse it too much.

I’ve used valet parking ONCE. It was safe. Spent a weekend at “The Balsams”. The parking lot was over 1/2 mile away. Company paid for it - so what the h*ll.

The Dodge Viper was always a cam-in-block V10 push rod engine with 2 valves per cylinder.

For a period of time about ten years ago there was an old Viper in the back lot where I worked that was retired after the second time it was driven off the second floor of a parking structure by a valet driver. The doors and seats disappeared in the night while it rested there.

IIRC, newer Corvettes have a camera the driver can set up to record the valet drive. It could be abusing the car in the parking garage, or taking it out for a more thorough thrashing. Either way, it’s recorded.

It’s unclear whether the update will address legal concerns by removing the capability to record audio inside the vehicle, with a message warning that the car is recording or through some other method.

The performance data recorder and valet mode are part of a navigation package that retails for $1,795.

this was posted in 2015. do not know what the scheme is on new vettes

It’s unclear whether the update will address legal concerns by removing the capability to record audio inside the vehicle, with a message warning that the car is recording or through some other method.

I’m pretty sure you’re allowed to record anything you want in your own vehicle without any prior notification.

the issue is you will also record what the passenger might say. you have to inform the passenger that they are being recorded. i think news story said there are 10+ states that make it illegal to record conversations without informing others

It extends to video (with audio) of conversations between two people who don’t know they’re being recorded, even in your own car.

If you don’t live in California, Connecticut, Florida, Illinois, Maryland, Massachusetts, Montana, New Hampshire, Pennsylvania or Washington, you probably don’t have to worry about it.

If you don’t live in California, Connecticut, Florida, Illinois, Maryland, Massachusetts, Montana, New Hampshire, Pennsylvania or Washington, you probably don’t have to worry about it.

That’s not always true. Because peoples home security camera’s have been used to capture and convict someone breaking into their home and car. No notice was given to the felon that their actions were being recorded.

Most home security cameras are video-only. Different rules apply when audio is taken out of the picture.

Different rules also apply to exclusive private areas where the person recorded isn’t authorized to be. I’m allowed to take video of a burglar prowling through my living room without consent or notice because he’s not supposed to be there, but if I have a house guest crashing on the couch and changing clothes in my living room, I have to either turn the camera off or tell them that it’s there.

Some states do indeed forbid you from recording audio in your home security setup, but realistically home security cameras don’t need audio at all. All I need to show that you were in my house stealing my Car Talk CD collection is a shot of you taking them that also shows your face. I don’t need to know what you were saying in order to sic the cops on you.

I had a special car once and I would want to take it on dates. Except, many times it meant using a valet. That and other worries about messing it up bothered me to the point that I traded it for a car not so special. And I still hate using valets.

this is why you avoid Valet situations, and this is exactly why I wear a Valet Jacket whenever I go out to eat somewhere fancy…

Exert taken directly from link below.

"So does this mean you have to tell burglars that they may be recorded if they break into your house? Definitely not. A trespasser waives any expectation of privacy in your home. You can record that person, hand the recording over to the police, and use the recording in court." 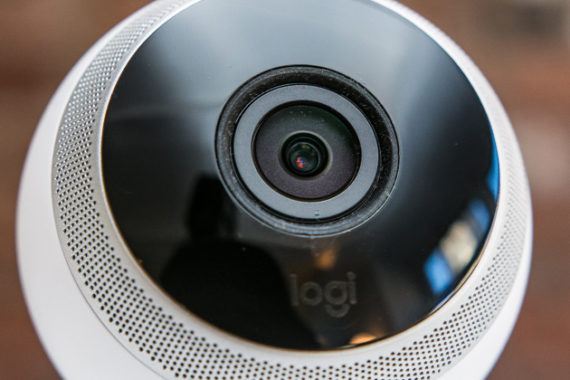 Security Cameras, Ethics, and the Law

Wi-Fi security cameras can be great for keeping tabs on your home, family members, and pets. We'll tell you how you can use them legally and ethically.

I’m unclear on how that refutes anything I said…

I’m unclear on how that refutes anything I said…