Who's responsible for repair cost?

I took my 08 Avalanche it the dealership for a ticking noise in engine. They ran a diagnostic and said I needed new lifters and a camshaft. The total cost $2500. (1600 labor and 900 parts).

A few days later, I called and ask if it were ready.
They informed me that repairs were completed but unfortunately on their test drive, it thru a rod bearing and had to be towed back in. Now, I need an engine!! They just happened to have one with 112k miles for $4,000 and if I let them put it in, they would wave the $1,600 for original repair so I’d have to now pay $4,900!!!

I told the service manager that I felt they were responsible for anything over the original quote of $2500. They are saying that they aren’t responsible because this was due from not preforming preventative maintenance and that they noticed sludge when they were doing repairs… shouldn’t they stop right there and call me if “sludge” were a potential issue?

Any help here would be appreciated!!

So… how often did you change the oil in this engine?

ask them to show you the sludge. take pictures and show them to another mechanic (or post here) and get an opinion on what the top of the engine looks like. It probably should have been mentioned to you when they found it, yes. But they aren’t bound to do so.

what was the maintenance history on this engine/vehicle? Is it worth putting an engine in? Or has it been neglected to the point that something else is about to conk out on it?

beyond that, you’re going to have a hard time proving neglect on their part. It is possible that they did something to cause this (failure to refill the engine with oil after lifters and cam?)

it may be time to consult an attorney and see what they say.

did it have the ticking when you bought it? Me thinks you just figured out why it was for sale…

I drove it about 300 miles then ticking started

They are offering you a deal on a used engine AND offering to eat the cost of the lifter repair. Take it. They are not responsible but they are doing you a deal anyway.

Normally I’d say call around and get another estimate but you WILL have to pay the $1600 to get your truck back and it is unlikely you’ll save $1600 at another shop.

It hurts, but sometimes things happen especially if you didn’t have the Avalanche checked out by YOUR mechanic before you bought it.

Concur w/MM above, best path forward is most likely having them install the replacement engine. There may be some back-story, perhaps the shop shares some of the fault, but unlikely you’ll ever know about it. Provided they do the job correctly, are offering a reasonable warranty on parts and labor, they are offering you a pretty good deal imo.

I always tell other people to read their paperwork to find out if you had a warranty term like 30 or 60 days. You might have a loophole there. This advice comes from 1974 which was the last time I read the fine print.

I wouldn’t be thrilled with a high mileage used engine but have they checked that one out for poor maintenance? Pulled the oil pan? Would they provide a warranty. Stuff happens though.

Where are you located? Consumer protections vary greatly from State to Sate…

I wouldn’t be thrilled with a high mileage used engine but have they checked that one out for poor maintenance? Pulled the oil pan?

I don’t believe the engine would be ordered before the repair is authorized. 112,000 seems like low miles for a 14 year old truck. Used engine warranty varies by price of the engine, 6 months/12 months.

The missing info to me would include questions such as…
Did you check the oil level upon purchase and at any point before taking the vehicle to the dealer?
What was the oil level before handing it over and the oil level when it threw a rod?

If I saw a sludged engine with a ticking issue no repairs are going forward without a signed disclaimer.
Anytime engine work is needed the oil/filter should be changed even if only a cam/lifters are the sole repair.

I do not see much of a case here for suing the dealer as this vehicle likely had a pre-existing condition. The only way would be IF the engine was out of oil and it was not replenished/changed after the repairs.

Sometimes a person’s definition of ticking might actually mean knocking; or it could be the knocking was subdued and not noticed or misinterpreted. Throwing a rod usually means lack of oil or excessive wear on the rod bearings. Or both.

Methodology varies so the above comments only relate to mine.

As a former Mechanical Breakdown Inspector with nearly 20 years of experience with this exact type of stuff behind the belt, I can assume with 95%+ accuracy that they had started the engine without oil. Happens all the time. If I were you, I’d 1. never come close to a chevy and 2. request to inspect the bearings. If they are blue without significant scoring - my assumption is correct.

You’re saying the shop drained the oil, did the work, then drove it on a test drive with the oil pressure light on for several minutes until it threw a rod bearing? A good condition engine that is run without oil will take several minutes of driving at least actually throw a rod. Does anyone know how long the test drive was for? If they did run it out of oil then there should be scoring on the cylinders and the new cam that they put in may have scoring on it too.

If there was sludge in the engine than neglect is most likely the cause. As someone said the ticking could have actually been the rod bearing. If the rod was ticking it’s only a matter of time before it blows. Was the oil checked at the time of purchase? If the oil was changed with high detergent / sythetic oil sometimes the sludge can get cleaned up too quickly and clog the oil filter and starve the engine of oil.

sometimes the sludge can get cleaned up too quickly and clog the oil filter and starve the engine of oil. 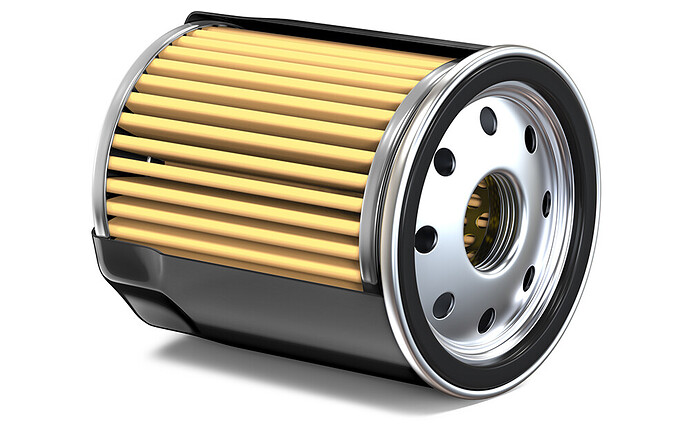 What is the Function of the Bypass Valve in an Oil Filter? -

Wouldn’t recently dislodged sludge then go back in to the engine?

All these are legitimate possibilities but wouldn’t the shop notice that the engine was full of sludge when they were replacing the lifter? I don’t believe in coincidences - it blew up right after they did the work. AND I’ve see too many cases like that…
That’s why I gave 95%+ accuracy to my assessment. Show me the bearings, and I tell you exactly what happened - they look totally different when there was no oil vs oil starvation because of sludge.