Volvo will phase-out gas-powered vehicles in a few years

I guess that we all need to take electric and hybrid technology much more seriously from now on. 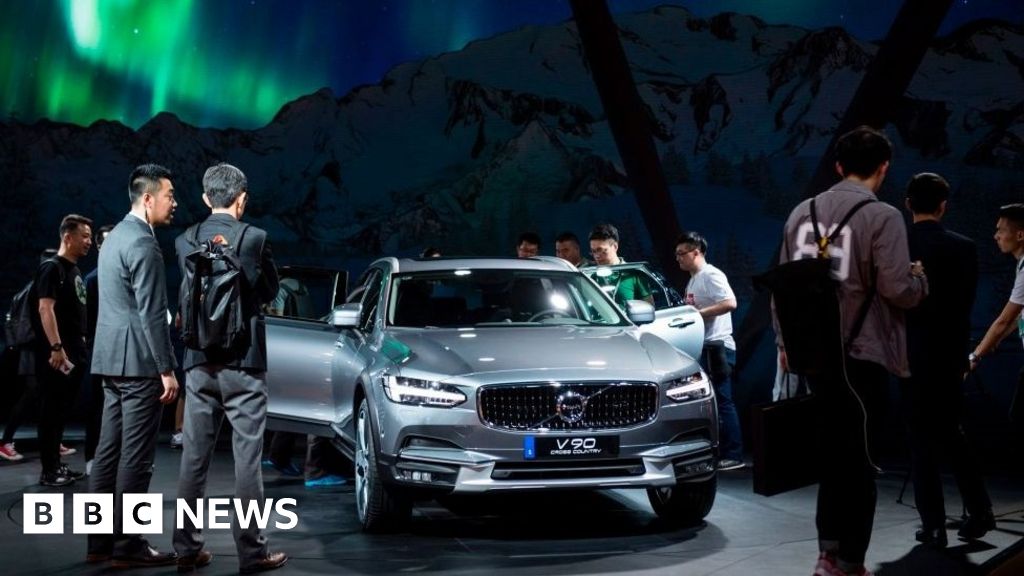 Volvo goes electric across the board

The Swedish carmaker says all its new models will be electric or hybrid by 2019.

Electric cars will have to be competitive in price compared to standard combustion cars in order to get a larger market share.

Regardless of what Volvo says, the marketplace will decide what the public will buy. Initial cost, as mentioned as well as convenience will decide. Operating cost will be a minor consideration, unless gas goes to $8-$10 per gallon, whcih is unlikley in the time span mentioned.

If Volvo phases out pure gasoline cars it will put itself it a niche market.

Sooo gasoline hybrid cars are indeed still gas cars so the headline is a bit misleading… If Volvo can maintain market share with gas-hybrids, great! Have at it! If they misjudged the market, they will pay the price as would any car company with poor product decisions (cough, Aztek, cough)

Read the article. The article didn’t say that Volvo was going to discontinue building gas powered cars. It said that Volvos will be introducing five EVs between 2019 and 2021. It also says very clearly they’ll continue build completely gas powered cars too. And they’ll build hybrids. From what I can see, they’re way behind the curve. Other manufacturers have already introduced fully electric vehicles, and hybrids have become commonplace.

Whoever wrote this article pulled the headline out of his ear. It does not reflect what Volvo said.

What @the_same_mountainbik said. All Volvos will have some degree of electricity involved, but that includes hybrids and plug-ins. Bet they’re the vast majority of sales.

Doesn’t gasoline sell for about $7/gallon now in Europe? On that basis, the change makes sense, even in these days of low fuel cost.

Electric vehicles sell at a premium now in order to pay off the nonrecurring costs, like infrastructure and engineering. The price will be become much more attractive when those costs have been paid off. The Tesla Model 3 has likely used up all of its tax deductions and the first one hasn’t even been delivered yet. The only electric with good range, the tax deduction, and an affordable price is the Bolt. With a price for the base model after tax breaks nearly $28,000, it is still a very expensive compact car. Fuel price modates the cost a bit too, but it is still expensive.

Usually this is true… but… I don’t see Prius prices being any lower even after being in the market for 20 years. They still cost more than their gas-only counterparts as you would expect given all the extra components they must carry. At least Toyota is making money from them, now.

As for pure electrics, the battery is the most costly part and they are coming down in price. GM’s Bolt goes for $36,600 and Nissan’s Leaf for $30,600. Both at least cost 1/3 more than gasoline cars in their market segment and the Leaf has been out 7 years and the Tesla model S since 2012 with no decrease…

I keep being TOLD the prices will come down with time with very little visible progress. I’d be happy with a $20K electric with a 150 mile range as a second car but I don’t see it in the near future.

Agree. As long as the batteries cost almost as much as the rest of the car and the range is still mediocre, electric cars will remain expensive. The electric motors cost less to build than a complex internal combustion engine and the electronics will be about the same.

In Europe many countries have reduced taxes on diesel fuel and as a result, 40+ % of cars sold in France and Italy are diesels. Hybrids are far more popular in Canada and the US than in Europe.

Lithium batteries solved most of the weight problem but costs have to come down. I see only a gradual cost reduction in the future no matter what Tesla says!.

Although Tesla has a showroom in one of our upscale malls here, I only Know one person who has one, a medical heart specialist. His colleagues mostly drive Mercedes, BMW and high end Lexus models. nudging $100,000.

The various governments will not forever keep subsidizing electric vehicles. They will have to stand on their own feet soon.

The Prius never dropped in price because it was and is wildly popular. Toyota would have dropped the price if they had to, but could keep it high because they had a big winner in their stable. I don’t have anything against making money and I’m sure you don’t either. Good for them.

I don’t thin Toyota would have dropped the price if they had to. If they hadn’t gotten to profitability, they likely would drop the car. You can’t sell at a loss forever so good for them that they figured out how to command a premium.

They did manage to build a bit of a cult around these cars amongst those that want to wear their “Green” on their car of choice so they can command that price premium. And that cult has done them well while others haven’t learned. Honda built the first hybrid, the Insight, but failed to capitalize on it by making hybrid versions from their Civic and Accord. Neither of which were much different. Can’t wear your “Green” proudly if no one knows you drive a hybrid!

Doesn’t gasoline sell for about $7/gallon now in Europe? On that basis, the change makes sense,

Whoever write the article’s headline doesn’t appear to have read the article. Amazing, but true!

You are correct, but I think it is interesting to note that EVERY site that published–and amplified-- Volvo’s press release posted an essentially similar headline. That includes Fortune magazine, which calls itself “The Capitalist Tool”.

It seems that everyone–including me–was guilty of not reading the full details of Volvo’s press release.
Could that massive amount of miscommunication be the result of poor English usage in the original press release, as a result of Volvo’s Chinese ownership?
Quien sabe?

Could that massive amount of miscommunication be the result of poor English usage in the original press release, as a result of Volvo’s Chinese ownership?

Possible. But I suspect something more nefarious going on. Another thread has a link that requires you to subscribe to a publication to read the full story. I smell a rat.

I think you’re right, @bing. Geely is big into electric cars, and this makes sense for them. I’m sure they want to make sales in Europe and North America, but this move was made for the Chinese market.

In other news…,Geely bought a controlling interest in Lotus cars and a FLYING CAR company!

Terrafugia is that flying car company you read about every sixth months or so that continually disappoints you by remaining Just A Thing On The Internet, and not actually a thing in the real world. But now, in a strange turn of events, The South...

Excuse me, doesn’t a hybrid car have a conventional gasoline engine?

Volvo is phasing out Conventional Car Engine by 2019

Excuse me, doesn’t a hybrid car have a conventional gasoline engine?

For sure. A better headline would have been “Every Volvo will soon have an electric motor”