I was involved in a hit and run and now my new car is damaged. Insurance is coming to take a look at it— any advice will help. I have full coverage insurance, but am praying it’s not totaled. 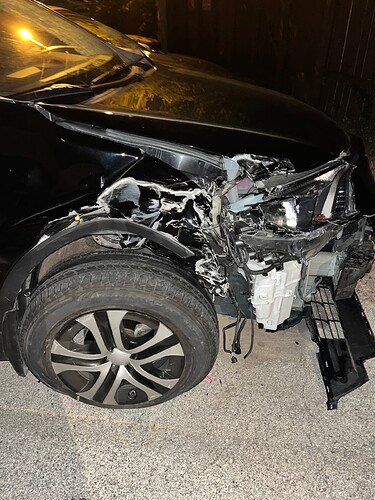 It would be impossible to provide an estimate over the web.

As any hidden damage can’t be seen.

but am praying it’s not totaled

If the insurance company wants to total it, do a little research in the internet to determine the actual retail value of your car, not trade-in, not private sale, retail. What the dealers want for a car like yours in the same condition as before the accident. If the insurance tries to low-ball you, at least you will know they are and you can negotiate from strength.

BTW if they ARE going to total it, you can run right out and buy another car rather than waiting months for repairs… that is “a thing” right now.

If they want to total it, I would want them to, rather than deal with extensive repairs.

Because you hate buying cars?

I can’t speak for the OP, but I certainly wouldn’t want to be buying a car right now given all of the supply chain issues.

Some people just hate car shopping with a passion. Buying an existing car used or new sitting on the lot solves the supply chain issues… Repairing one puts that front and center!

It likely won’t be a new one unless the OP is willing to pony up the difference between a used car and new car even if the totaled car is nearly new.

That looks like a serious accident. Any lingering pain in your back, or other joints? Maybe your wrist is bothering you from the airbag going off? Remember that nothing helps “motivate” the insurance company to offer a fair settlement for your losses than holding the specter of a possible injury claim over their head.

I learned this long ago, when I had a 1991 Toyota Tercel which was destroyed in an accident, and I foolishly admitted that I had no injury. I got such a pittance from the at-fault driver’s insurance, even though I had paid a Toyota dealer almost $6k to replace the engine about a year earlier.

Many years later, I was involved in an accident (again the other driver’s fault) and my 1995 Caravan with about 208,000 miles was destroyed. My wrist was bothering me from the airbag going off, so I went to an urgent care and got X-rayed. The other driver’s insurance wanted to pay less than $800 for my destroyed van–which had run perfectly and been well-maintained. A similar vehicle on Craigslist cost about $2000 at the time, and that’s with questionable maintenance.

Once I mentioned to the insurance adjuster the fact that my wrist was bothering me, and that if they could not offer a reasonable settlement in a timely manner, then I’d get an attorney, suddenly they offered to pay $2k for the vehicle, and another $1k for the injury, so I could replace the destroyed van.

Odds are there is a bit of unseen damage also. There usually is and can involve the subframe, floor pan, firewall, etc.

My sister has a 2017 Accord and about 2 years ago her car was hit and looked to be in a similarly smashed condition.
The repair cost was 17 grand. My personal opinion was that it should have been declared a total but the insurance company insisted on fixing it. That’s in Texas where the loss threshold is 100% and it will vary by state. Here in OK it’s 60%. Here’s a cut/paste to check your state. 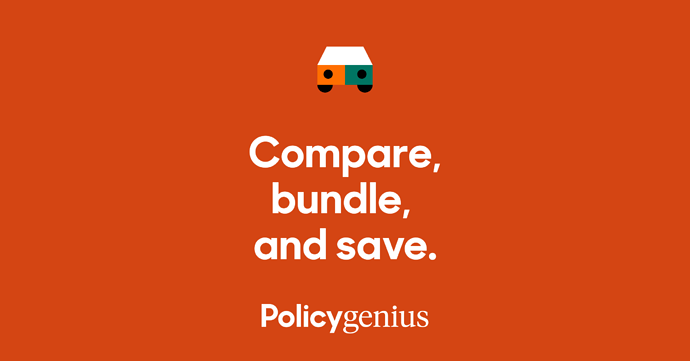 A total loss threshold is the point where an insurance company is required to declare your car a total loss. Each state has their own laws to determine when your car should be considered totaled.

I just bought this in May after the worst experience with my 2013 Buick Encore that only lasted 2 and a half years (ecotec engine issues). Getting this car was such a process and I was finally free of vehicle issues, so it was nice while it lasted. Now this while I’m in the middle of moving is just a cherry on top. I’ll definitely see what they say tomorrow at the inspection, currently in a Jeep Grand Cherokee for a rental which is a plus!

had a 1991 Toyota Tercel which was destroyed in an accident, and I foolishly admitted that I had no injury. I got such a pittance from the at-fault driver’s insurance, even though I had paid a Toyota dealer almost $6k to replace the engine

This problem is the flip side of driving a brand new financed vehicle. There is gap insurance to cover a settlement that is less than you owe on the new car.

Other than your bit of “encouragement” to the insurance company to cover your loss appropriately, there isn’t a lot of help available. Vintage cars can have declared value coverage. Not sure many companies would allow that for a 91 Tercel or a 200K mile van.

Update: $5,095 in repair costs that insurance is covering. The Toyota lives!!

When they say it’s done, inspect it closely to make sure you agree. If you can test drive it before signing off on it do so. You don’t want to take it and find out the repairs weren’t done right. We had that problem with a car my daughter wrecked. She picked it up and drove it home from college the next day. I drove it and it mad a bad noise in the front right wheel. Turned out they didn’t replace the wheel bearing when the car was repaired. The local Chevy dealer, the original repair shop, and our insurer had a teleconference and the insurer agreed to pay for it. Lucky us.

$5,095 in repair costs that insurance is covering. The Toyota lives!!

I’m glad to hear the repairs are covered and you’ll get your RAV 4 back. I’m sort of surprised by the $$ figure l though, I’d have guessed more than that.

Sounds awful cheap to me and I hope that is not a cursory estimate without considering hidden damage. Did they factor in suspension/steering damage?

Someone hit my Lincoln in the left rear quarter and left a 6" long scrape with a slight crease (no tail lamp damage) and the cheapest estimate on that was 1200 dollars.

$5095 is the insurance adjusters estimate allowing the body shop to proceed with tear-down of the damaged vehicle. The body man will make a detailed part/repair estimate that will be higher than the first estimate but doubtful if it will exceed $20,000.

Most of the time I’d agree it would be better to let the insurance company total it. But trying to find a replacement vehicle right now is not easy.

+1 to both
I hope that I’m wrong, but I strongly suspect that the repair estimate will go up–a lot–once the car is put on a lift and the suspension and steering components can be thoroughly checked for damage.

And all of this could be because the bumper ends about 9 inches too soon and doesn’t extend out to the corners of the vehicle. This is all to save maybe 15 pounds and save with fuel economy … With a proper bumper the vehicle would have still been drivable after the accident and the repairs would cost a lot less.